NBC's legendary late night comedy show that has gone on making sketches and spoofs for over 40 years now. Every show a guest host and musical guests along to go with the "Not ready for prime time players", and the warm up band which has featured the likes of G. E. Smith and legendary saxophonist Lenny Picket. The show was created by Lorne Michaels and produced many popular characters and regular skits including the Coneheads, The Blues Brothers, Church Lady, Wayne's World, Weekend Update, Deep Thoughts, The Roxbury Guys, and Saturday TV Funhouse (with the Ambiguously Gay Duo). It also featured spoofs of popular culture and politics, with many caricature of both political candidates and presidents popping up throughout the years. Because of the live format, the show has had its share of controversies, from Charles Rocket dropping the F bomb on live TV (and then host Kristen Stewart letting it slip as well 35 so years later) to the infamous act of Sinéad O'Connor ripping up a picture of the Pope in protest. Though Lorne Michaels has steered the ship well in his time, it's not completely unheard of that something unexpected happens, for better or for worse. Many careers have been launched thanks to the success of the show including Dan Aykroyd, Eddie Murphy, Bill Murray, Adam Sandler, Dennis Miller, Kristen Wiig, David Spade, Will Ferrell, Andy Samberg, and many more. Sidenote: John Belushi, Chris Farley, Gilda Radner, Norm MacDonald, and (longtime SNL announcer) Don Pardo are and always will be missed. Interesting Note: SNL debuted in 1975 on NBC. It was the absolute only new show that debuted during that season for NBC that was renewed for a second season by the network.

This is the West Coast version of the Season 10 intro for the Michael McKea...

This is the outro to the Season 5 episode hosted by Steve Martin with music...

These are the closing credits for the Bill Murray episode. Murray talks abo...

These are the closing credits for the special "Sports Extra".
Posters 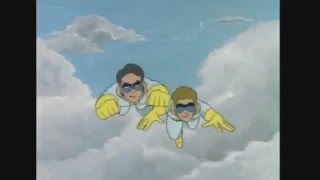 Saturday Night Live on KTLA in Something Going On

"The Best Of Saturday Night Live" On Nick At Nite