The Rise and Fall of Nickelodeon

The history of Nickelodeon
By ZeldaFan20
On
Ahhh.... Nickelodeon. A channel that was once a major powerhouse for children's programming, has unfortunately fell to the wayside. Its a shame really since Nick was an unstoppable force in the 80's & 90's with great live action shows, original sketch comedy shows, & of course their iconic Nicktoons. However the common question many fans have is, "When did Nickelodeon go downhill?". Was it in 1999 with the debut of Spongebob? The dawn of the new millennium? When the 90's influence ended in 2004? Nick dropping its slime logo in 2009? Well before I give you my opinion, I actually think all of the above points, which seem to be the most common cutoff points, to be pretty accurate and understandable places to look into. However I personally do not think the changes at Nickelodeon changed overnight as some may suggest, it has been a long process. So Im going to give you my nuanced opinion on when and how Nickelodeon started to decline. Note this is my opinion; coming from someone born in the mid 90's who grew up with Nickelodeon from the late 90's through the mid 00's.

It got it's start in children's programming, focusing mainly on educational shows.


The channel changes it name from Pinwheel to Nickelodeon. It still consists mostly of educational programming but also saw the debut of the channel's first major hit You Cant Do That On Television.

Nick launches the 3 original Nicktoons Rugrats, Doug, & Ren and Stimpy & the rest is history; live action shows like Clarissa Explains It All & Pete and Pete; game shows like Legends of The Hidden Temple & Nickelodeon Guts; & sketch comedy shows like All That & Roundhouse also broke major grounds within the network. Overall for classic Nick fans this was the undisputed golden age and when Nick's variety was on point and able to attract fans from all generations.

Spongebob debuts and becomes the most popular Nicktoon on the network with 90's Nicktoons like Hey Arnold & CatDog simultaneously continuing their original runs, with a heavy emphasis on Klasky Csupo toons like Rocket Power & The Wild Thornberrys; live action shows are mixed in quality with shows such as Cousin Skeeter which kind of sucked to shows like The Amanda Show which kicked ass, game shows like SlimeTime Live & continued success of 90's & newer early 00's Nicktoons help Nickelodeon continue to have success in the new millennium. Although to many 90's fans this was when the network was starting to decline, and although I don't think the network was necessarily bad during this period, I do agree that Nick's shift in focus to film (Rugrats Movie, Jimmy Neutron Boy Genius, Hey Arnold The Movie, to name a few) did signal things to come in the future.

Nickelodeon's decline in the mid-late 00's becomes very noticeable (although it debatably started in the mid-late 90's with Nick starting to become more corporate). 90's Nicktoons are officially taken off the air be it reruns or new episodes of said shows, Spongebob starts to dip in quality after the 1st movie despite this for better or worse Nick's success with Spongebob continues (and when they unfortunately start to massively 'milk' Spongebob dry), live actions shows in this era were mixed overall ranging from good ones like Drake and Josh & Ned's Declassified to piss poor tweeny bopper trash like the Naked Brothers Band & Big Time Rush; there are diamonds in this period though like Avatar & Danny Phantom, but even great Nicktoons like those couldn't save its dip in quality.

Basically if it wasn't the generic tweeny bopper shows, garbage Nicktoons, & lack of variety that killed off Nick to you in the late 00's, it was (for people who have pretty high tolerance) when they officially sold out and abandoned their classic orange slime logo, to the Generic/Tweenybopper/Disney Channel wannabee logo that we have today. Since then the network has been in a dark age, however hopefully they see the errors of their ways & change for the better.

Anyways what's your opinion on the matter? Thanks for reading my post!
12
Login To Vote!
More Articles From ZeldaFan20 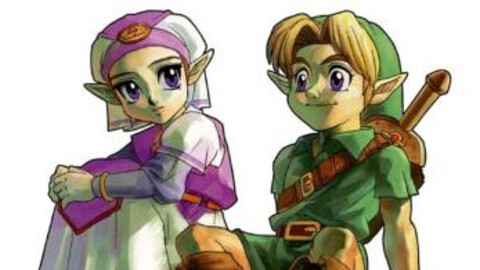