If you were growing up in the early to mid 90s, you knew EXACTLY what anime was!
By LemonyShepard
On
Cartoon Network used to stand for something. In my honest opinion, when I wanted quality cartoons as a kid, Nickelodeon took the back seat to Cartoon Network. Sure, Nick had Hey Arnold!, Doug, and Ahh! Real Monsters...but CN had Dexter's Lab, Ed, Edd, and Eddy, Powerpuff Girls, Courage the Cowardly Dog, Johnny Bravo...the list never ended. If anybody remembers the childhood equivalent to an orgasm, Cartoon Cartoon Fridays, then you know what I'm talking about.

However, as a kid, there were more reasons to watch Cartoon Network. A reason to run home from school while doing your homework so you would't be distracted from four to seven. This reason was Toonami. 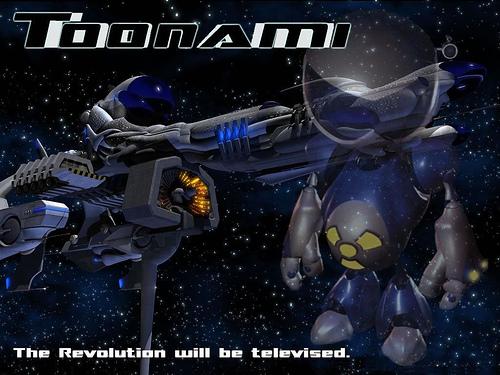 Now, some of you may remember a cool-looking robot with a beer belly, the awesome bass music, and endless Dragonball Z episodes, but this article is for the die-hards. The ones who know that the robot was named TOM, the ship he rode was called the Absolution, and DBZ aired between Sailor Moon and Tenchi in Tokyo. And if you can even think back far enough to remember the original host was a robot in a hazmat suit named Moltar who lived at Ghost Planet Industries...props to you! 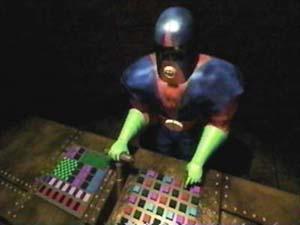 Toonami was a cartoon block that seemed so freaking awesome to us kiddies back in the day. It was hosted by a robot named TOM who honestly had the best job ever: he lived on a spaceship that would've made the Millennium Falcon jealous, chilled in a pimped-out spinny chair and watched action cartoons all day. What kid our age didn't want that life?

Anyways, TOM's lineup was like the Defense Against the Dark Arts teacher at Hogwarts: it was constantly changing. At first, it was as if Toonami only accepted action anime, like DBZ, Gundam, and Sailor Moon. However, since Cartoon Network owned Toonami, more traditional cartoons were added, like the still-awesome Samuri Jack and Teen Titans. They even showed Transformers: Beast Wars for a while, which, if you know me at all, was my favorite form of Transformers ever. There was never a strict schedule that TOM followed...all I know was that, eventually, Hamtaro ended up on the block, and that's when you knew that anything in this world was possible.

Realizing how popular Toonami was, Cartoon Network expanded its air time to Saturday nights! Called the "Midnight Run", Toonami was able to show more action that just seemed more violent to us kids because we were watching it at midnight. While it's impossible for me to remember the exact lineup, Voltron, Gundam Wing, Dragonball Z, and Outlaw Star were shown a lot. Gaining even more momentum now, Toonami got its own Saturday morning block, called "Rising Sun." This was your typical action cartoons fair, but it was probably my last good reason to wake up early on Saturday mornings.

Over the years, of course, Toonami nosedived into bad hosts and crappy lineups until, on Saturday, September 20th, 2008, it was cancelled. TOM 4.0 (yeah, they made 4 TOMs...and this one looked like a reject from a crappy Dreamworks animation flick) ended eleven years of greatness with this short, but oh-so bittersweet monologue:

"Well, this is the end, beautiful friends. After more than 11 years, this is Toonami's final broadcast. It's been a lot of fun, and we'd like to thank each and every one of you who made this journey with us. Toonami wouldn't have been anything without you. Hopefully, we've left you with some good memories. So, until we meet again, stay gold. Bang."

http://www.youtube.com/watch?v=ngsrimilHQM&NR=1
Now, I didn't watch Toonami at that point. I didn't care for any of the shows they were playing and I couldn't feel the love I felt for TOM and TOM 2. But I tuned in for this last broadcast and I felt something tug at my heartstrings. Eleven years? Geeze, that was basically my entire young life. It was just the feeling of something so good coming to a close. Man...

Now, aside from the cartoon blocks, Toonami had an entire world of its own. TOM flew the Absolution with his computer AI, Sara, and helped protect his universe from evil creature things. Sometimes, Toonami had special events that brought us into TOM's world called "Total Immersion Events", or "TIEs." The first TIE for Toonami fans to ever witness was called "The Intruder." Holy effing crap, this mini-series was my life for the entire week it was going on. Basically, this red goo thing was eating away at the Absolution and TOM had to destroy it. It was freaking sweet and sometimes pretty scary. But nothing could've prepared me for how big of an impact "The Intruder" was going to have on the Toonami world.

The commercial doesn't try to sugar coat anything for anyone. TOM IS DEAD! Plain and simple. To me, this was traumatizing. The lovable Bomberman-esque host of Toonami was dead. To this day, I remember the exact feeling in my stomach when I first saw this commercial. Frankly, I didn't even care that TOM came back as the ten-billion-times-cooler TOM 2. All I knew was that the original TOM died. Optimus Prime's voice told me so. Nowadays, Cartoon Network would never pull a stunt like that. They would say "TOM is...gone for a bit. While he's gone, here's TOM 2." You really need to have respect for Toonami's golden days.

So TOM 2 had to destroy the Intruder by blowing up the Absolution's rear engines. While it seemed like a silly idea to us at the time, it soon became clear that this was the best idea Tom and Sara could've ever had. Because who got to chose the new engines for the Absolution? That's right...we did!

Man, I can remember that week like it was yesterday...I ran home faster than ever that week. I must've burned my entire weight in body fat.

They had two other TIEs ("Lockdown" and "Trapped in Hyperspace"). Personally, I loved both of them, but neither had the effect on my life that "The Intruder" did. I think that we need an "Intruder Day", just to reflect on how much Toonami upped the ante for cartoon blocks.

Well, this article is all over the place, much like many articles of mine. But for those of you who miss hearing Optimus Prime's voice telling you the schedule for the best in action cartoons, I hope I brought back a tiny bit of nostalgia into your minds and hearts. May Toonami rest in peace, and may today's Cartoon Network be damned! 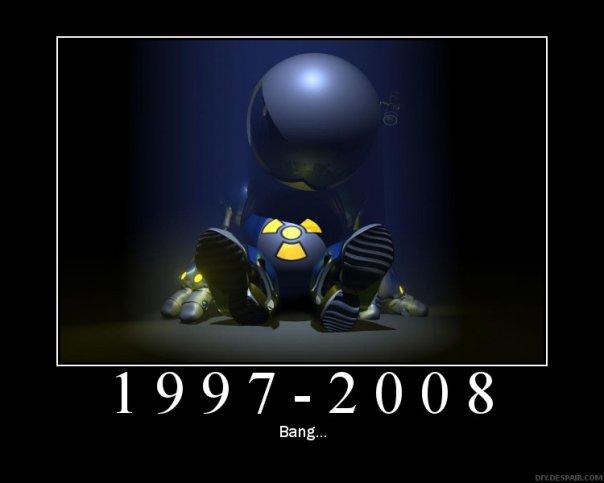 39
Quote O' Matic
Vicious: "There's nothing in this world to believe in."
Added By: System
Cowboy Bebop
Related Articles