In this comedy, a basketball fan figures she could be a better coach than the guy getting paid millions to do the job Â— and then gets the chance to prove it. Edwina "Eddie" Franklin (Whoopi Goldberg) is a limousine dispatcher and sometime driver who is a passionate New York Knicks fan; she loyally follows their every move, attending as many home games as possible from the cheap seats and radioing game updates to her drivers when they play during her working hours. The Knicks are purchased by eccentric Southern millionaire Wild Bill Burgess (Frank Langella) in the middle of a long losing streak; when Wild Bill calls for a limo, Eddie arranges to drive him herself, and gives him a piece of her mind about the sad state of the team. Impressed, Wild Bill makes Eddie an honorary coach for the night, and her spitfire attitude and encouragement of the players impresses her. However, Wild Bill thinks putting on a show to boost attendance is more important than having a winning team, and eventually Knicks coach Bailey (Dennis Farina) quits in disgust. Wild Bill gets the bright idea of hiring Eddie as the team's new head coach; she considers it an honor, and at only $50,000 a year, he considers it a bargain. While Eddie is hardly an experienced leader, she soon learns how to motivate her team, and against all odds she helps pull the Knicks out of their losing streak Â— but now has to face Wild Bill, who is losing interest in the team and wants to sell. Several real-life NBA stars make cameo appearances, including Dennis Rodman, John Salley, Rick Fox, and Mark Jackson, while prominent New Yorkers David Letterman and Donald Trump play themselves.

Are you sure you want to delete this movie?
Locate The Duplicate Entry For Eddie

0
Quote O' Matic
pre: "What you are about to see is NOT a news broadcast."
Robert Stack: "Perhaps YOU can help solve a mystery."
Robert Stack: "...Or was he the victim of foul play?"
Danny Wheeler, murder suspect: "Coincidence? Sure it is, and I'm Michael Jordan and used to play basketball for the Chicago Bulls."
Anonymous caller: "Judy Himes is alive and living in Omaha."
The Circleville Writer: "If you come to Ohio you el sickos will pay!"
Unsolved Mysteries 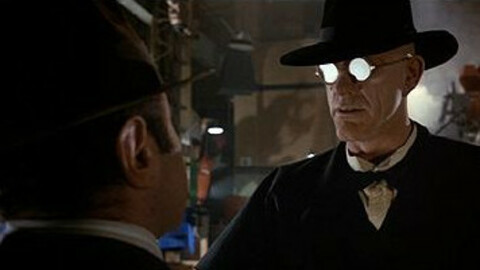 Get Ready For Eddie!