Just a little retrospective on some of my favorite TV shows as a kid.
By Mad_about_drumming_87
On
Hello again, Retrojunkies. Like some of you, I look at some of the TV shows today and I wonder where good television has gone, because it sure seems like a rarity these days. All statements about these shows being the greatest ever are merely opinion, and you don't have to agree with them, just respect my article. One of the TV shows I am going to mention in this article could never be done today, because the world is far too politically correct, and with the war going on in Iraq, I don't think anybody would appreciate a cartoon mocking Saddam Hussein (who was recently executed for past war crimes) and showing a scene where part of a restaurant gets blown up by a tank. Coincidentally, the very TV show I have just mentioned is first on my list. It is the immortal Animaniacs. Keep in mind, these are in no particular order. 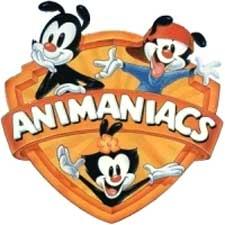 Ah yes, the undisputable Animaniacs! I used to love this show as a kid, then I got back into it whe the DVD collections came out this past year. It's even better now, because I can understand some of the clever movie references they put in there, where I only understood the slapstick comedy back then. Wakko Warner makes me wish I could hit the idiots in the world today with a giant mallet. Yakko's probably my favorite, though, as I usually try to impersonate him. The show also had a couple instances where they went a little over the edge in making fun of something. There was the episode mentioned above, "Baghdad Cafe," and then there was "Hot, Bothered, and Bedeviled." An episode where the Warners (literally) go to hell, and annoy the ever living crap out of the devil himself. All in all, Animaniacs was one of the greatest shows of all time, and I got my sarcastic wit from the oldest Warner Brother. 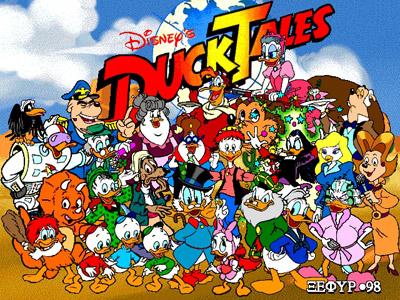 
In one of Disney's greatest cartoons ever, Donald Duck goes off to the Navy and leaves his nephews, Huey, Dewey, and Louie, in the care of their other uncle, Scrooge McDuck. This show had many hilarious hi-jinks, and featured new characters in Uncle Scrooge McDuck, Webby, Mrs. Beakley, Launchpad McQuack, Gyro Gearloose, and new villains such as Magica De-spell and the Beagle Boys. Donald even made a few guest-starring appearances. This was such a great show to watch, that like Animaniacs, I still enjoy watching this today. When I saw the DVD in stores, I knew it was worth my money.

3. Most variations of Sonic the Hedgehog. 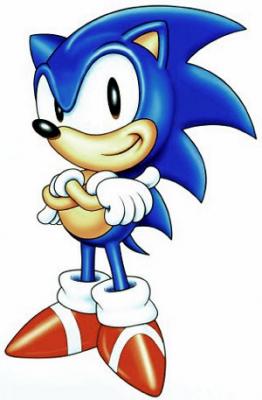 Sonic the Hedgehog, Sonic X, Adventures of Sonic the Hedgehog...these were the three best Sonic cartoons (in my opinion). I'll probably catch some flak for this, but I think Sonic X was great. Most of the show's negativity comes from the fact that it was much darker over in Japan before being dubbed. Especially in the third season, fans claimed that a certain episode lost all of its flair from bad dubbing. However, many old school fans will hold Sonic the Hedgehog, the saturday morning cartoon, in higher regard than any other variation. I myself was a huge fan of Sonic back in the day, and I have continued my support of the coolest hedgehog ever. 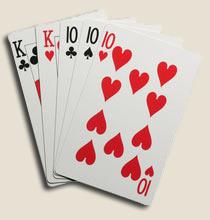 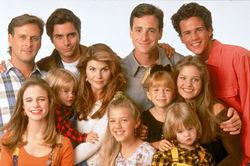 Full House is one of my favorites. If you've never seen it, (which seems impossible to me), it's about Danny Tanner, a reporter for a local San Francisco TV station who's trying to raise 3 girls on his own after he loses his wife in a car crash, which happened before the time of the show. Luckily, his brother Jesse and friend Joey help him out and the girls adopt them as uncles. The show was a little too sugary sweet for some folks, but it managed to hit a chord in my gut, especially today when I watch reruns and remember how great it is. Candace Cameron (Kirk's sister) starred as DJ Tanner, the oldest sister who would eventually date Steve, a character played by Scott Weinger, who you probably know as the voice of Aladdin. Jodie Sweetin(spelling) played Stephanie Tanner, the typical middle child who was always in DJ's shadow. She now hosts the abomination known as "Pants off Dance off." Oh Steph, what happened? And little Michelle Tanner was played by the Olsen Twins (both of them shared the role), who you may have heard of by now. Dave Coulier played Uncle Joey, and John Stamos played Uncle Jesse. Lori Loughlin (spelling?) played Rebecca, who was Danny's co-host on Wake Up San Francisco, and the eventual wife of Jesse. I still love this show to this day.

Okay, I'm going to cheat a little. I actually just discovered the Wonder Years when it began showing on Ion Televison this year, but I can honestly say I was hooked from the first episode I saw. This, of course, was all about Kevin Arnold and his relationships with his family, his best friend Paul Pfeiffer, and his girlfriend Winnie Cooper. Not to mention his trials and tribulations in those relationships. Music made this show, as several songs from the 60s, 70s, and one from the 80s, can be heard in almost all the episodes. Daniel Stern does the narration, as he portrays "Adult Kevin" looking back on his choices in life. It really shows as a reminder of what it is like to grow up. It may have been set during the 60s, but kids of any era can identify with this kid, played with sheer brilliance by 80s megastar Fred Savage.

So, now you all know what I was basically raised on. I have to say I lament the death of Saturday morning. I was able to experience the once great phenomenon for a few years. And weekday afternoons of great shows? Who can forget that? The current state of cartoons and unoriginal/original Hollywood movies that stink, has inspired me to write a book. I completed it about a year ago, and now I'm revising parts that I didn't like the first time around. I'll let you guys know more about it later. As for this article, I am gone. Goodnight, everybody!
15
Login To Vote!
More Articles From Mad_about_drumming_87 5
CartoonDragon
The Cat's Out of the Cradle
Story of a Life: The soundtrack for my life provided by Harry Chapin.
More Articles
Related Commercials

Louis Jourdan for FTD in Magic

Once Upon a Tree on WCCO-TV in Discover a Magical
An unhandled error has occurred. Reload Dismiss