Cartoons Made Me A Man!!!

how cartoons help shape the person you become.
By Chubdiesal
On

Saturday morning...You wake up and grab a salad bowl worth of cereal and flop down on the floor and sit up against the couch wrapped up tight in a big blanket like a grilled stuff burrito. You look at the clock and notice that its 5:30am on the dot. You Turn on the TV and then to your station (Fox). Let the cartoons begin!!! You watch and watch, until 11:30am when the last cartoon goes off. Now, it was time to get dress and get outside. All the kids are out or on their way out and thanks to your morning of fun and a huge imagination you and your friends begin to act out you favorite cartoons. My friends and I usually played ninja turtles. We always stuck to a roll, I being the kid who wanted to be a cop, and a kid who needed to be running the show, was always Leonardo. My cousin, who loved to play around and be goofy, was of course, Michelangelo. Another friend who wanted to be the "bad ass" was Raphael, and no one wanted to be Donatello for some reason, but if you were the one running late than that was on you. "Hey, don't blame me, blame your mom!!!" Now, every adult knows that playing is a healthy and necessary part of childhood. However, what many adult dont know or usually think of is how the things you loved to watch as a kid and in some cases act out, play a huge roll in shaping the type of person you become. I will talk about five cartoons that I remember, love, and that have made me into the man i am today, for better or worst. I invite you to think back to the cartoons that you watched and your favorite characters, and think about how much you're like them or how they made you think in a different way about things in your world. Maybe you'll remember a character you hate and that made you change. No matter if youre a boy or girl there was at least one cartoon, Might max, Barbie, Gi Joe, or Care bears, there is one out there. If you were the outcast that loved to watch the news as a eight year old, then think about that... and why you don't really know what FUN is or why your life is boring.

The first cartoon that helped me with a great life lesson was Heathcliff, the smart mouthed, quick witted, cat. I loved this cartoon because he was always in trouble, or at least if he got caught he would be in trouble. This made me think that if I was smart enough to figure out a plan then I could get out of almost and trouble I could get into. Heathcliff always seemed to be racing against the clock. He was always under pressure but he had help, the junkyard cats. When I was a kid I liked these guys a lot. They had the cute female cat that looks like a cartoon Paula Abdul back up dancer. The short big hat cat, which was really funny to me then and now because my Dad loved the old "Pimp" movies of the 70s, and the cat reminded me of a pimp, along with the rest of the gang. I felt like the cartoon was showing me that you can have friends in lots of places, even the wrong side of the tracks and there is nothing wrong that. Heathcliff would hang out them then go home and relax with his owner. Now that I'm an adult I know that because of how i looked at the relationship between Heathcliff and his friends, I was able to be friends with all types of people not just the ones like me. I also learned that short cats with big hats get the ladies!!! Im 6.2 so it doesnt really apply now. 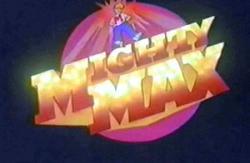 The second cartoon that shaped me was Mighty Max. This cartoon showed me that i wasnt going to be around my parents for ever so I needed to stand up for myself and fight my own battles. Max was just a kid that all of a sudden is told that he has to save the world, by a talking owl and a huge warrior. Now I didn't think a talking owl was going to contact me about a job, but when I watched it I liked the cartoon because most of the time he couldn't fall back on virgule the smart owl because he was always getting kidnapped. So Max had to think out side of the box and face his enemies on his own. As I got older the cartoons stuck with me and to this day I think about the show.

Third cartoon was King Author and the Knights of Justice. This was an awesome cartoon, I mean AWSOME cartoon. King Author and the Knights of Justice were college football players that where sent back in time to fight against an evil sorceress. The Knight all had their different personalities and the noble animals that came out of their shields when they called upon them. I remember asking my older cousin how he would feel if he was sent back to a time when there wasnt TV or radio. He said if he had a magic shield then he wouldn't care. I think he might just die of boredom. Thinking back, the lesson was to adapt to new areas and fight for what is right, which is to help people. When I was in college I had a person ask me to make sure they could get their stuff from a house where the husband was drunk and violent. I didn't know her and hadn't seen her or her husband before, but growing up thinking I was a knight (at times) being brought into a fight for justice, it was second nature to agree to help make sure she was ok. I still wish i had a shield with a magic animal in it, but hey, I had a Petco shirt on so I guess that was close enough. 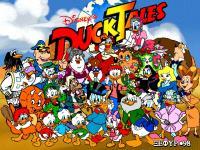 The fourth cartoon that helped me grow up was duck tales. Scrooge Mcduck the richest duck in all of Duckburg. It made me want money so badly. He had everything. This cartoon was the best, with planes, boats, and inventor that made robots and rockets and jet packs. The cool thing about this cartoon, re watching it as an adult is scrooge had an addiction. I say watch duck tales right after intervention on A&E and compare. Scrooge seems to put his family in danger for the quest of money and sometimes loses sight of his family for money. However, he always comes to his senses and picks is family over the money, which is something I'm proud to say i would. I still love money, just not as much as my family... at least there has never been a enough money offered to me to leave my family... i mean i would think about it...maybe.

The five and final cartoon that had a great role in shaping my life and even the way I view love and relationships...The X-men. I watched this cartoon every Saturday. It was the last cartoon that came on in my area before cartoons stopped and stupid after noon movies started. This was the Soap Opera for kids, filled with love and hate, death and murder, forbidden love and lust, prejudice and unity. This cartoon changed the way I looked at many things. The love triangle between Cyclops, Jean Grey and Wolverine was a story of wanting someone who is in love with someone else but still cares about you. I think Jean was kind of a tease. The relationship between Rouge and Gambit was cool as a kid watching it. Now, when I think about it, its kind of like a girl with a bad disease but is in love with a man she doesnt want to hurt. Sounds like a story on MTV. The war and hate between humans and mutants. The kind hearted father figure professor X, and the host of bad guys, each with there own story of why they are the way they are. I am an African American and grew up in a black family but and pretty mixed neighborhood. This related to everything. I would learn about slavery and how some people were scared of different races because they felt they were different. I study the social injustice that my different cultures and races had to face through out the world. X-Men was a reminder of the past but in a way that everyone could watch and enjoy, however realize that they would never want to hate someone for being different. I have never heard of a kid watching X-Men say, "I hate all mutants and wish they would die, the humans are the coolest thing in the show". This cartoon showed a fight for equal rights for everyone, it really stressed the "all man are created equal" point. This cartoon's message was strong and enjoyable at the same time. It brought forth events from the past to show how the future of thinking a certain way would be. Magneto was in the holocaust, and colossus was from a poor area in Russia where he looked after is little sister. Beast was a mutant that was in government and was a scientist. Some of the mutants came from good homes but were kicked out by their families. I learned what wanting a person was from this show and how jealousy can drive some one mad. If any one cartoon had an effect on the kids of the 90's it was this one!!!

Now that's it for me, those are the five cartoons that I can think of that changed some part of my think and understanding as a child and help develop me into an adult. I know different folks have different stories and their own cartoon that helped them and I would love to hear about. If your story is different from mine or in some ways the same let me know by post a comment about it. This is my first time writing an article; however, it is a subject that I think relates too many of the people who visit this site and most likely many more. Remember cartoons save lives and polish our thoughts so if you have kids, be mindful of what they are watching and if you don't watch them just so you can see why other people's kids are the way they are.

-12
Celeste
Animation To Live Action
Here are some of my favourite Movies based on animation
More Articles
An unhandled error has occurred. Reload Dismiss