The Cat's Out of the Cradle

Story of a Life: The soundtrack for my life provided by Harry Chapin.
By CartoonDragon
On

You know the feeling I'm writing about. The fact that you're here at Retrojunk reveals that you're looking to recapture the essence of yesteryear, the flavor of youth, that sinking-stomach-longing for the simplicity of childhood. The days you spent raking crunchy leaves off the neighbor's lawn into a huge pile only to dive into it, slugs be damned. The nights when you speed-walked past the spooky woods on your way home from a friend's house, alone, after dark, telling yourself that there are no such things as ghosts or monsters but not quite believing it. The soft warm glow of the family room, TV playing cartoons, your head resting gently on your tolerant family pet.

There is a magic to the memories, something special and irreplaceable and unique. No one else can know quite how it feels for you. Some people don't understand why the feelings are special at all. But they are precious like diamonds. To you.

When you are gone from this world, then those feelings will be lost "like tears in rain."

So you come here, to Retrojunk.com and prowl eBay for that one special toy you love...maybe a stuffed kitty or an EZ Bake Oven or, for me, those awesome Dungeons and Dragons Action Figures and the Creature from the Black Lagoon, Dracula and Frankenstein. We come here, skimming the articles and watching the TV promos looking for a fix of our own personal nostalgia. If we're lucky, we find someone who loved what we loved, and we feel connected. Maybe they feel the same tingling excitement we do. Probably not.

We're all looking for a time machine to whisk us away back to those happier times of childhood, and Retrojunk is a poor time machine. There are two surefire ways to resurrect those long lost sensations of decades past: scents and music. This article is about the music that provided a soundtrack for my life, music that has held my spiritual hand as I grew and learned and longed. Music simple enough to enjoy as a toddler hauling around an ancient cassette player and wise enough to cast new light on life as a newly-married thirty-something. 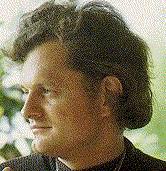 The soundtrack for my life has been provided by Harry Chapin.

Harry Chapin, for those who are a little too young or a little too old, is the generous folk-singer who wrote that famous song, "Cats in the Cradle." It was his only radio hit (Taxi got a little play time, too). Most of his songs were too long for the fast-paced world of mass markets. Each song was a Story of a Life, not chaotic jams on a bass guitar. The words were the point, the message was the point. Harry played about half of all his concerts for charity. He was killed in a car accident in 1981 at the age of 38.

This article is not about Harry. All the biography you like can be found on Wikipedia or hundreds of fan sites. This article is about Harry and me. He's always been there for me, although I never met him. We're both from Long Island, NY and I supposed that makes us kin of a sort. Let me return to the beginning.

One of my earliest memories is about Harry. We used to have an OLD radio/cassette player, AC/DC, and I remember carrying that delightful object like some kids do a teddy bear. I was almost always playing Harry Chapin music (although once I did audio tape an episode of the original Star Trek series). There are three songs from this, the First Era of Harry: "Cats in the Cradle", "She Sings Songs Without Words", and "30,000 Pounds of Bananas." You probably know Cats, and Songs Without Words is a delightful love story. For a six-year-old kid, nothing beats Thirty Thousand Pounds of Bananas. 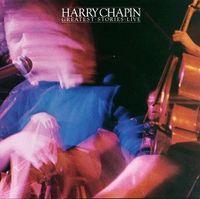 Bananas is the story of a young truck driver, rushing home at the end of a long haul carrying, you guessed it, 30,000 pounds of bananas. He misses the sign warning of a steep hill and gets smeared all over the highway, along with 30,000 pounds of bananas, but not before he "missed a thankful passing bus at 90 miles an hour", "sideswiped 19 neat-parked cars, clipped all 13 telephone poles, hit two houses, bruised eight trees and blue-crossed seven people. It was then he lost his head, not to mention an arm or two before he stopped." For a kid, there is nothing better! If you've never heard it, go buy the album.

Most touching to me of those early songs has always been "Shooting Star". "He was the sun burning bright and brittle and she was the moon shining back his light a little. He was a shooting star, she was softer and more slowly he could not make things possible but she could make them holy." A haunting love song.

We moved when I turned 10, and then again when at 13, ending up in Jupiter, Florida. As my sister put it, our house nestled firmly in the boonies, on the Loxahatchee River and far away from civilization. The nearest friends were too young or too old. Manatees grazed on our neighbor's lawn. I did what any teenage would have done in 1987: I stole all my parents' records. For all you whipper-snappers, a record is a vinyl disc that played music in the time of the dinosaurs. Essentially I glued myself to my Commodore 64/128 and played Harry Chapin records over and over again. 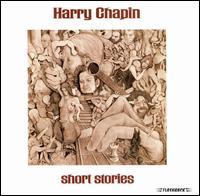 I did fall in love with Roger Zelazny's Chronicles of Amber and for some reason, Harry Chapin's song "Taxi", his second most famous, became closely tied in memory to the adventures of Corwin and Eric and Bleys. Even now as I am listening to the song, I feel that familiar sad longing which is so closely tied to the memories of that time....I'm in a time-vortex. I wonder if anyone who reads this will really understand or just think that they do, but be thinking of a different feeling. 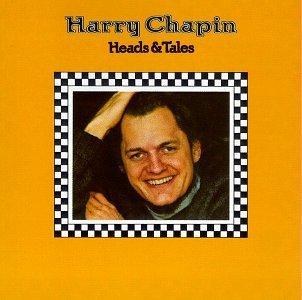 Taxi is a story about a high-school couple who dreamt big dreams, he of being a pilot and she of becoming a Hollywood star. They meet years later when he, as a Taxi driver, gives her, the famous movie star, a ride home. Brimming with longing and regret, the song is practically a Retrojunk classic.

Another song from this personal era, a time when I rode a tractor around our 2.5 acre lot in the blazing Florida summer, "I Let Time Go Lightly." This classic talks about new friends and old, about the way we choose to spend the time of our lives. To give you a taste, "I let time go lightly when I'm here with you", "Morning...and yet we give up our sunshine so we can buy what we need...and that leaves the evening to share a fire with a friend or two... old friends, they mean much more to me than a new friend, cause they can see where you are, and they know where you've been. Music, has been my oldest friend, my fiercest foe, cause it can take me so high, yes it can make me so low..."

If you've played the magnificent Commodore 64 or 128, then you probably heard of the company SSI. They made some of the best games and had an exclusive deal with the Dungeons and Dragons people to make their games. Pool of Radiance was a classic of the Role Playing Game genre and I played that game especially to the tunes on side B of Harry's album "Verities and Balderdash." That title translates to Truth and Deception or Truth and Bullsh*t, depending on your mood. Tunes that bring me back to orc-slaying titillation include "What Made America Famous", "Vacancy" and "Six String Orchestra".

"What Made America Famous" is a touching ballad about the conflict between the Hippies and the conservative establishment and it shows how compassion crosses party lines and how "its funny when you get that close, its kind of hard to hate." "Six String Orchestra" is a hilarious, self-deprecating tune about an upstart musician featuring classic lines such as "I went up for an encore but they screamed they'd had enough", "I sent a demo tape I made to the record companies. Two came back Address Unknown, one came back C.O.D." and "I feel I need a drink before I hear you play guitar."

I grew up and graduated high school and dropped out of college and joined the Navy and at one point worked as a...don't hate me...telemarketer. Harry was there for me through all of it, with relevant, touching songs. "Flowers Are Red", about how teachers can stifle kids' spirits. "Old College Avenue" a reminiscence of those youthful days, heady with romance. "Mercenaries" from Danceband on the Titanic, about a soldier from Vietnam and a prostitute. "She's got no heart of gold, but that's not what she's sold." "Country Dreams", the only song I've ever heard that compassionately takes the role of telemarketer. 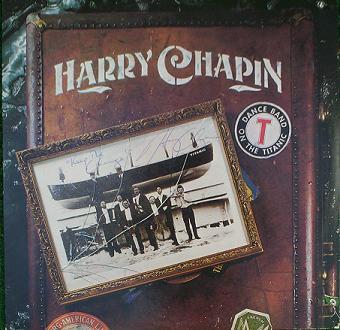 For anyone who's ever felt depressed and lingered on thoughts of revenge against the faceless masses by climbing a clock tower armed with stacks of armor-piercing bullets and a sniper rifle (and what teen hasn't?), there is no need. Harry wrote a song about it. "Sniper" is both touching and disturbing and is definitely worth a listen.

For those times when we bathe in nostalgia, hoping for a whiff of our youth, Harry is there for us, too. "All My Life's a Circle" and "Remember When the Music" are both hopeful and sad, respectively. "Remember when the music came from wooden boxes strung with silver wire, and as we sang the words, it would set our minds on fire...remember when the music brought us all together to stand inside the rain, and as we joined our hands we'd meet in the refrain for we had dreams to live, we had hopes to give. Remember when the music was the best of what we dreamed of for our children's time and as we sang we worked for time was just a line, a gift we saved, a gift the future gave..."

I'm older now, and married with children looming in the future. I'm not worried. Harry'll be there to talk me through it!

So thanks, friend, for walking this lonely path beside me. I wonder, did you catch a glimmer, did you feel a sparkle of the twinging pain of remembrance lost, as I did? Probably not. But maybe you felt a little of your own personal sorrow at times gone past, irretrievably lost beyond the mists of failing memory.

Some say that time is the fire in which we burn. That's a depressing thought, and it is easy to drown in that pool of despair. It won't get me, though, cause Harry's there cheering me on, laughing and reminding me that all my life's a circle. 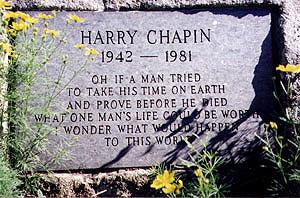 Rest In Peace
5
Login To Vote!
More Articles From CartoonDragon