Perhaps forgotten for a reason?
By Whippersnapper
On
My pals can find stuff I didn't even know existed. They recommend things that make me raise an eyebrow and look skeptically at no one in particular. But really, who else has found these nuggets of self-appraised gold? Do they remember them as much as my bro, amigos dos and I did? Let's see if you guys remember sighting these Sasquatches and Nessies of my life. I know that at least one of these is gonna be instantly recognizable. 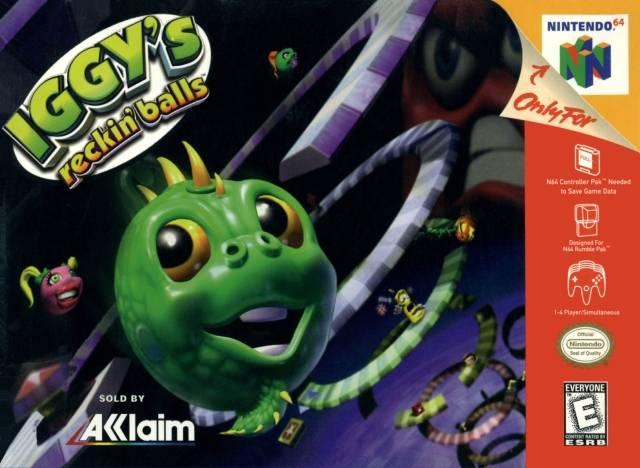 That's what she said.

We found this at a private video-rental business. None of that Blockbuster, Hollywood Videos corporate stuff. My brother at the time had an obsession with things cute and cuddly, and this game took the cake. I went along with it 'cause of that gnarly-lookin' pumpkin. And you know what? The pumpkin's name turned out to be Gnarly!

For those of you playing along at home, Iggy's Reckin' Balls is a racing game unlike any other. There are a couple videos on Youtube about this game, and I would recommend viewing those to get a grasp of how this game plays. It's fast, it's confusing, and it's unforgiving to those not on the ball (no pun intended).

When you begin the game, you enter a character select screen with 8 out of 17 characters to play from. That's right, the incentive to win races is to unlock new characters; each with their own individual personality and theme. The main character is of course, Iggy: a happy-go-lucky iguana . . . thing. Other characters include a pink girl, a green girl, a set of teeth, a robot, a sun, that pumpkin I talked about earlier, and some dude named Charlie. Anyway, pick your character and it's off to the races!

In order to reach the goal in each track, your character has to climb. Through the miracle of science, and quite possibly vaseline, the character can effectively shoot an arm out to grapple up to an overhead platform, or throw an enemy racer off the track! Every lap gives you four boosts which turn your character into a rolling juggernaut. Power-ups collected by means of stars in bubbles give you a variety of items; bombs, energy missiles, and even star power, which makes you indestructible and able to grapple through anything. Even concrete.

The game is difficult, no doubting that. It's not the CPU's fault, it's the game's. Having the wrong timing can send your racer back down to the depths of the track. Although falling for a sustained period of time calls in a dragonfly to rescue your racer and deposit him/her back where he/she fell.

A tough game with interesting characters, a chaotic frenzy, and voice-acting that tries to pass itself off as "hip" or "far-out". I own the game and play it every once in a while, especially after I despair of Captain Falcon beating me across the finish line. But really, who among you has heard of or played this? Better yet, who owns it? 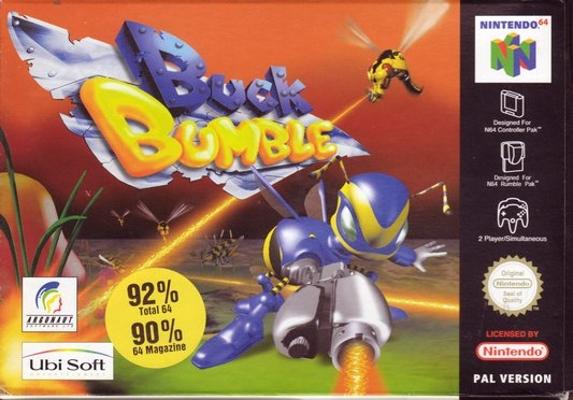 Developed by Argonaut Games, the same guys who brought you other obscure titles such as the Croc games and Catwoman: The Game, Buck Bumble is a third-person shooter in a fully 3-D environment.

The setting is a series of backyards somewhere in England. The plot? Cyborg insects are bent on taking over those backyards. Highly ambitious buggers that must be stopped for the safety of all cabbage heads in the vicinity of . . . Liverpool? Blackpool? Deadpool?

Buck Bumble is also a cyborg with a veritable armory of weapons. Although the game could get repetitive in its mission objectives (Example: Find this bug and its bug buddies. Blast 'em to hell. Repeat.), I never tired of the explosions. Lots of bang for your buck . . . bumble. Okay, even I can't believe I did that.

The game also featured a one-on-one game mode in which the player would blast a soccer ball into the opposing side's goal. Although that didn't stop me from tailing my brother and frying him with a bazooka . . . a fun game, but perhaps one of the more obscure N64 games ever made. 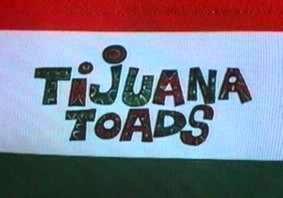 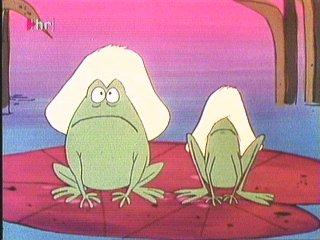 "You gotta see this." Those words were uttered by my friend, who further warned me that I would be scarred as he loaded the VHS tape into the machine. The single tape contained about five episodes. Those five were my only exposure to this show, and I can't tell you about anything more than what I saw. An edgy depiction of a black belt beetle (of the Asian persuasion), a psychotic stork with hat that attempted to consume the toads, and a cook looking to make some frog's legs out of the toads (little did he know that they were toads!).

Out of interest I looked up when this cartoon debuted, and it aired as early at 1969. Old school! One has to wonder what bin my pals were searching through to find something like this. Or perhaps it was a legacy? Handed from father to son in a time-honored tradition . . . nah, they probably found it in the $5 section.

When I think of things I would never have found without my buddies, this series is the number one example that sticks out in my mind. Who else found this series? 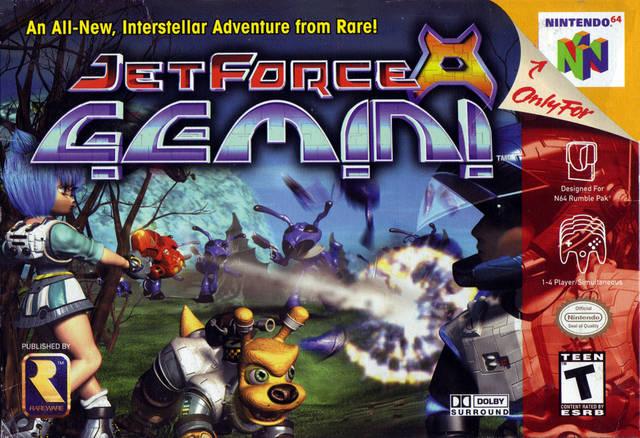 "Where's a magnifying glass when you need one? Oh wait, I've got this rocket launcher."

This is our Halo. This was the N64 shooter for gamers of the 90's. Most connoisseurs know about this game and hail it as one of the greatest shooters they played as a kid. And yet, this game remains one of the most underrated games ever made.

You play one of three characters; a boy, girl, or dog. Going along with your typical space plot, they're part of a united space federation, bad guy wants to take over the galaxy, so he wipes out every other soldier except the three protagonists. So the boy, girl and pooch arm themselves to the teeth with a variety of weapons, including machine gun, sniper rifle, homing and triple rocket launcher, several variety of grenades, homing shurikens, and fish food (I'm dead serious). Except for the fish food, most weapons are deadly and are designed to blow apart the bad guy and shower the scenery in blood. Oh, but don't forget to liberate the bear-like aliens who have been enslaved by the bad guys. And the bad guys, according to the box, are . . .

Yep, but they're big ants armed with rifles and rocket launchers. And it's your duty to exterminate them all to get to the head honcho and end him. Throw in a few boss fights with bugs of gigantic proportions, and a frantic multiplayer mode that features free-for-all slayer mode and hover-car racing and you've got an action-packed game that ranks up near the top as one of Rareware's (the guys who brought you Banjo-Kazooie) best games.

Despite the fact this game made my list as an obscurity from my childhood, it's a game that many people cite as a game they laud as awesome. A lot of people wouldn't mind if this game would make a come-back either . . . 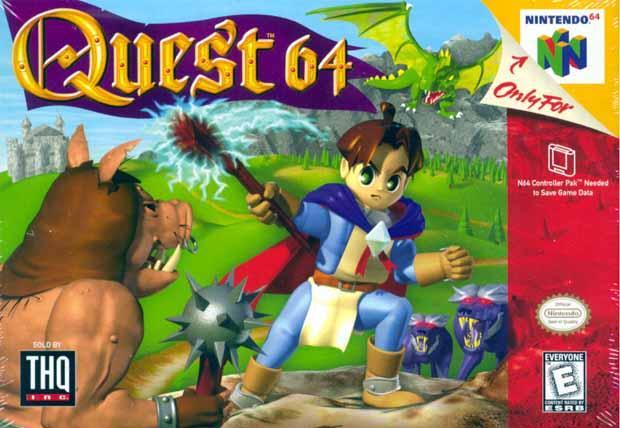 I was too young when I played this. Not because of anything particularly disturbing, but because I couldn't get past the first part of the game. It was back in the golden years when I was young and the acronym RPG meant a boring game in which foes would take turns fighting each other. Who lets someone smack them in the face with a seven-foot Japanese sword? Anyway, this game caught my eye because it looked interesting. So we rented it and I gave it a shot. A short-lived shot. Now I'm sure I could breeze through the game, as it's supposedly an easy RPG. But back then, I couldn't advance due to my incomprehension of the battle mechanics and the fact that doors are difficult to open in the game. Seriously, you have to be positioned juuuuuust right to open them.

From what I've seen, Quest 64 puts you in the role of young Brian, an apprentice magician who sets out into the land of Celtland: an island consisting of three parts with equally Gaellic-inspired names. And no, "Gaellic" doesn't mean it's from San Francisco or Massachusetts. So adolescent Brian goes off on this quest to look for his papa, who has gone missing for a month after looking for some all-powerful spell-book that was stolen by some nefarious being. As a young mage, you attack with a wooden staff and four different powers that are derived from the four elements: Mr. Fantastic, the Thing, Human Torch, and Jessica Alba. I mean . . . water, earth, fire, and air.

The game is notorious for its sudden boss battles. Watching one Youtube video, the player took no more than two steps from his previous battle and he was thrown into another one. This sustained abuse from numerous baddies quickly drains your health, and until you can level up your healing spell abilities high enough, you're left with nothing but bread to heal yourself. And when I played the game, the only bread was found back at the very beginning of the game; the temple from which prepubescent Brian embarked on his journey. It turned out to be too tedious.

I haven't found this game in the rental stores again. Maybe I haven't been looking hard enough, but the point is that this game has stuck in my mind since I played it eleven years ago.

I feel that these four games and the one cartoon series are not well known. I haven't seen them anywhere else, but the fact that these have remained in my memory for so long despite their obscurity. Who else remembers these games? Could it in fact . . . be you?
23
Login To Vote!
More Articles From Whippersnapper 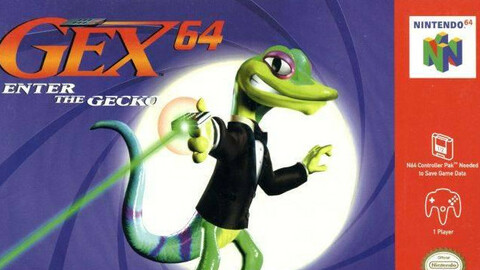 11
Whippersnapper
Of Geckos and Men
The repercussions of playing Gex.

21
Quote O' Matic
Norman Robberson: "I say we take him downtown and make him sweat it under the light. Jake Stone: He's not hiding anything, and stop talking like some dumb TV detective. Norman Robberson: You be good cop and I'll be bad cop. Jake Stone: You are NOT a cop."
Added By: JamesAnthonyGreen
Cops & Robbersons 11
WinnieThePujols
Games of My Youth V -- PSX
The final installment of my series, featuring an RPG-loaded look at the Playstation. 21
Guild_Navigator
Apocalypse POW!
A Quick Look at Some of My Favorite Retro Post-Apocalyptic Scenarios
More Articles
An unhandled error has occurred. Reload Dismiss