The little pink guy's
By theguy73
On
This is my first article so bear with me. Back in the 80's there were these little pink colored figures you could collect by the name of M.U.S.C.L.E. MEN, short for millions of unusual small creatures lurking everywhere. 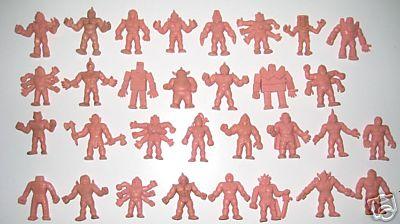 They were based on a japanese toy line called Kinkeshi,, and I think that was based on a anime called Kinnkuman. The first wave of these to hit the US were pink, or flesh in color which ever you want to call it. There were other colors to follow but I'm writing about the first series. There was three ways to buy these little guy's. The 10 pack in a little clear plastic trash can 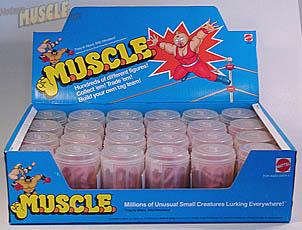 It took me a little while but i managed to get all of the first series plus the mail in poster that showed all of them. Everybody had their favorite and I was no different, I had always thought the hand was a really cool one and I was stoked on the day I finally found one. 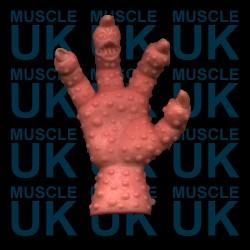 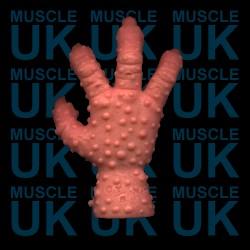 A wrestling style ring called the HARD KNOCKING ROCKING RING so you could do matches against each other with your muscle men. Also there was a wrestling belt called the battling belt that you could carry some of you muscle men also. 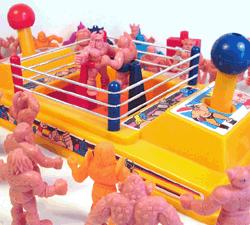 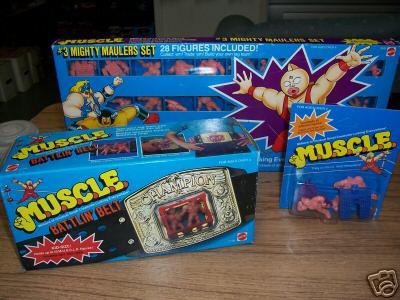 I never had the belt or the ring, and even though they were viewed as wrestlers I thought of them as little warriors to have little wars with like you would gi joes or something like that.

There was also a nes game that came out featuring the muscle men. Never got to play it but I've heard mixed reviews about it 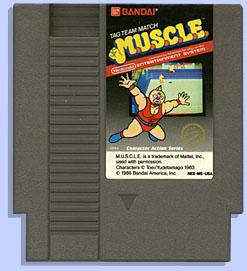 There was also some rare stuff floating around like a hot wheel truck with the logo on the side. 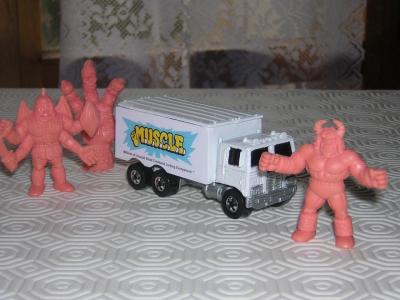 All in all I wish I had kept my collection, but they faded to obscurity like alot of things do as you get older. But i will always remember little pink figures lined up all over my room. 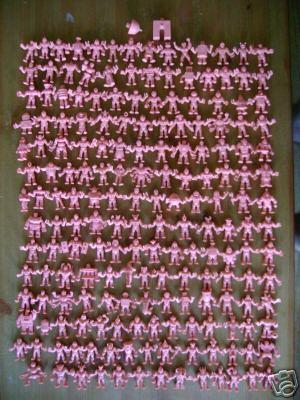 Well this is it for my first article hope you like it. Also if this has already been posted sorry about that but I'm new and trying to figure thing out enjoy.

THANKS
29
Login To Vote!
More Articles From theguy73 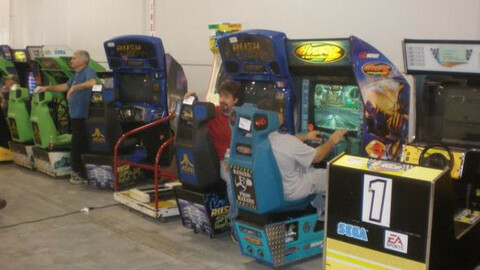 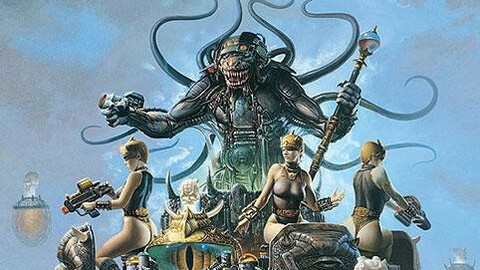 -5
theguy73
VEHICLES BACK THEN
Customs and styles you might remember

30
Quote O' Matic
Egon: "To Peter Venkman, he may kill us yet. Cheers. -Egon"
The Real Ghostbusters 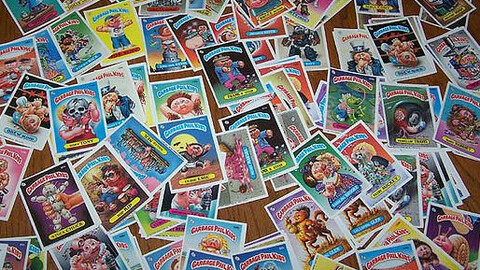 45
wildside50
Why do we love the past?
What Nostalgia means to me.