Why do we love the past?

What Nostalgia means to me.
By wildside50
On
With Valentine's Day fast approaching, I have been giving a lot of thought to emotions and their influence on my actions; particularly love. Love is one of the most powerful in the spectrum of human emotions, often making us do things that are seemingly out of character. It can make us laugh, it can make us cry, or it can drive us half insane. There is only one emotion, if it can even be called that, which I find rules me as powerfully as love. Nostalgia. Nostalgia can make a person spend exorbitant amounts of money for a piece of history ($2.5 million for a Honus Wagner baseball card, for example), or create an intense feeling of pleasure just at the sight of something remembered. 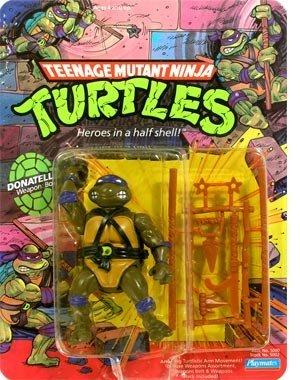 I can look at this photo and be overwhelmed with nostalgia as I remember receiving this very toy and a few others like it Christmas Eve at my Grandmother's house in 1991, and the subsequent months I would play with them. I created elaborate stories about Krang plotting to take over the Earth and only the Turtles could stop him. Eventually I would lose pieces, and inevitably bend them beyond all recognition. Especially that damned bow staff, which was bent out of shape within the first week. 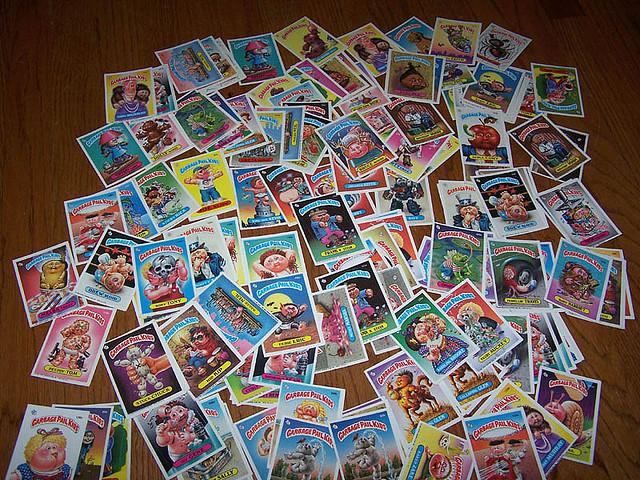 Or I can look at this photo and remember trips to Shinder's every week to buy a pack of Garbage Pail Kids, eat the disgusting and rock hard stick of bubble gum, and feverishly begin checking off my cards from the list. â€œNeed it, need it, got it, need it, got it got it need it.â€ Why was I collecting these silly things? But more importantly, why do I miss them now? Nostalgia.
In the years since, the owner of Shinder's was arrested for meth and gun possession, the Garbage Pail movie and TMNT 3 came out, and keeping cards and action figures associated with those train wrecks seemed in poor taste. So things get thrown away, and we think nothing of it at the time, little aware that this nagging feeling would one day creep into our minds. I would certainly pay a great some of money not just for some pink M.U.S.C.L.E. action figures, or a Pac-Man Board Game, 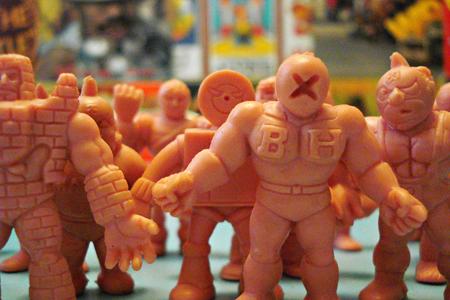 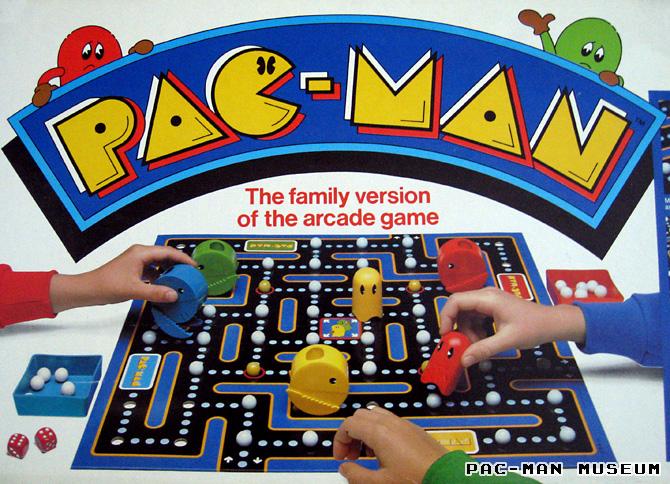 but for MY M.U.S.C.L.E. men and MY Pac-Man Board game. I want the one that was missing one of the ghosts, and was held together with blue masking tape and smelled a little of mildew. Why do I want something that was clearly considered junk at one point in my life and not worth keeping? Nostalgia. It reminds me only of the good times of my youth; never the bad. These were the things of leisure, and of joy. They were the portals to another world, one filled with adventure and excitement. A world of good guys and bad guys, where I was allowed to dictate the outcome. Life never got in the way, and so these things take me right to that place, deep inside my mind, where only good things exist.

And for many of us Nostalgia, like love, is for us alone. Sure, we can all say â€œHey, I remember Tale Spin! I love d that show!â€ But I can remember coming home from swim class each week, still smelling of chlorine, heating up a bowl of Chef Boyardee, and sitting down to listen to the most nonsensical theme song I've ever heard that to this day I couldn't tell you the lyrics of. Something about spin it when we gin it till we spin it spin it spin it. But it didn't matter. I sang along anyway. So when I see Tale Spin now, I don't remember the adventures of Kit Cloudkicker or the goings on of Cape Suzette. I remember my adventures of being a young boy, trying to figure out this crazy world. And like a good magic trick, knowing how the world works steals some of the joy. So every once in a while, I like to find that place in me that still found wonder in everything.
45
Login To Vote!

Lauren Tewes for TV Guide in For the Past Seven Years
An unhandled error has occurred. Reload Dismiss