Follow me as we dissect the early 1990s.
By retrofan01
On
Hello Retrojunkers, 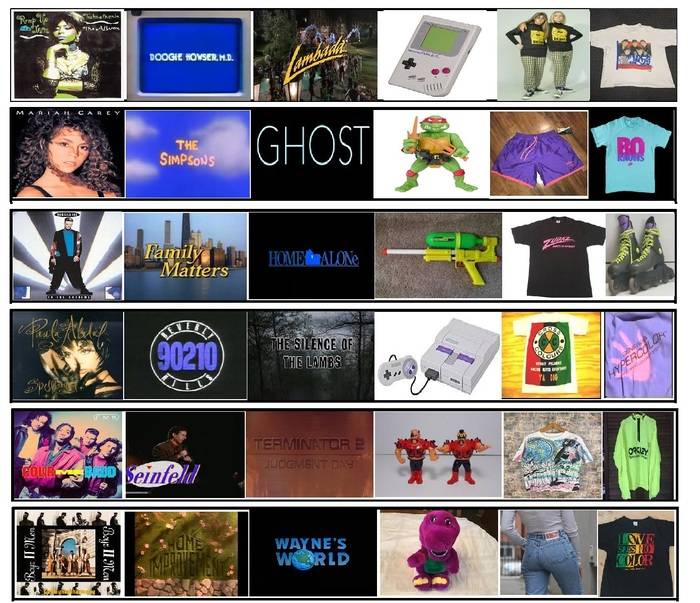 Of course, we didn't know that then. The early 90s were one of the most famous transitional eras of all time. Everyone can chime in to tell you something about the early 90s, rather it is about the grunge movement of 1992 or watching the Super Mario cartoons that most late XYers loved. Heck, the Urban Dictionary user New English simply calls the early 90s "transition era". The one thing he got wrong though was not including late 1992 in his summary. Long story short, we were getting to the mid-1990s in each part of the early 1990s.

As you know, the beginning of both a time period and era is never similar to the end of the time period or era. Change happens in every moment of every day. Some people welcome change with open arms and others turn away from it. That being said, I know a number of people who were not fans of the early 1990s (embarrassing clothes, cinema in 1991, the Persian Gulf War, and bad music according to them). It seems that only a few early Xyers, late XYers, Yers, and some Gen Xers love the early 90s pop culture, but more XYers, Yers, and even Gen Xers are fascinated with the mid to late 90s. With this article, I will be looking past all of that and breaking down the early 1990s starting with the first year of the early 90s, 1990. 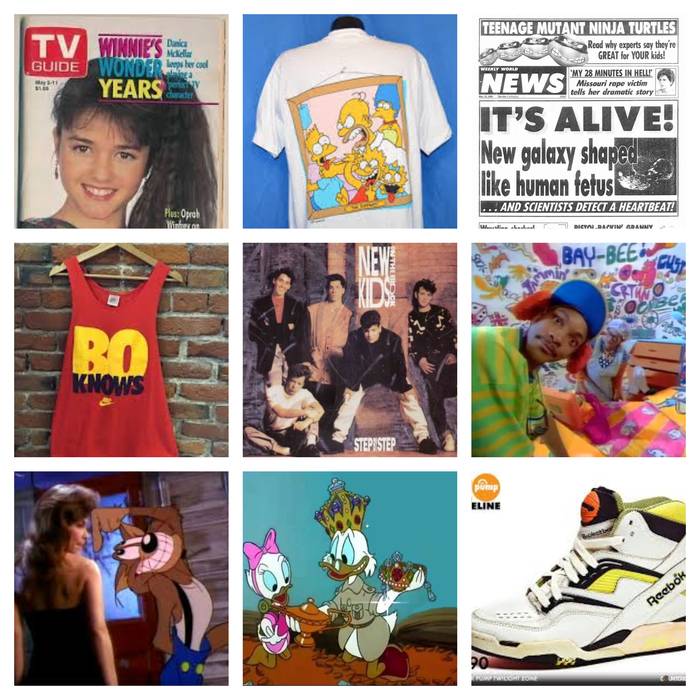 1990 was a big year. Some Xers say that 1990 was an 80s year, but they fail to realize that the early 90s were born in the 80s. In fact, 1990 capped off that 1988 to 1989 short time period. It became the norm to watch The Wonder Years, collect Teenage Mutant Ninja Turtles action figures, and wear Reebok Pump sneakers. In fact, 1990 was the year of Turtlemania and the Twilight Zone Pump sneakers. For those of us who saw 1988 and 1989, 1990 was the ultimate year for all things that came out of the late 1980s. DuckTales the Movie Treasure of the Lost Lamp was a big deal to us, XYers, at the time because DuckTales was the best Disney afternoon cartoon and now it was on the big screen.

1990 opened with Paula Abdul’s greatest music video, the music video for “Opposites Attract” (it was like the scene from Who Framed Roger Rabbit when Jessica Rabbit kissed Eddie Valiant in reverse). Who knew that 1990 would turn out to be one of the best 90s years for pop music? “Step By Step”, a masterpiece by New Kids On The Block hit airwaves in the summer of 1990. “Step By Step” was the last number one hit on the Billboard 100 for them. Rap music was more mainstream than ever once The Fresh Prince of Bel Air aired on NBC. When you think about it, the last Fresh Prince and DJ Jazzy Jeff video in the vein of their 80s music videos was the opening to The Fresh Prince of Bel Air.

In 1988, a Simpsons short titled “Family Portrait” was shown in theaters. Then, in 1989, a full length 30 minute TV special “The Simpsons Christmas Special” was launched before the Married With Children episode, “It’s A Bundyful Life”. Finally, in 1990, The Simpsons TV show premiered on FOX. Shirts emblazoned with the Tracey Ullman The Simpsons characters were at most stores in the mall. Simpsons shirts and NIKE Bo Knows shirts were the tees that 1990 is known for by Gen Xers. 1990 seemed like a different world to us in the fall of 1991, which brings me to... 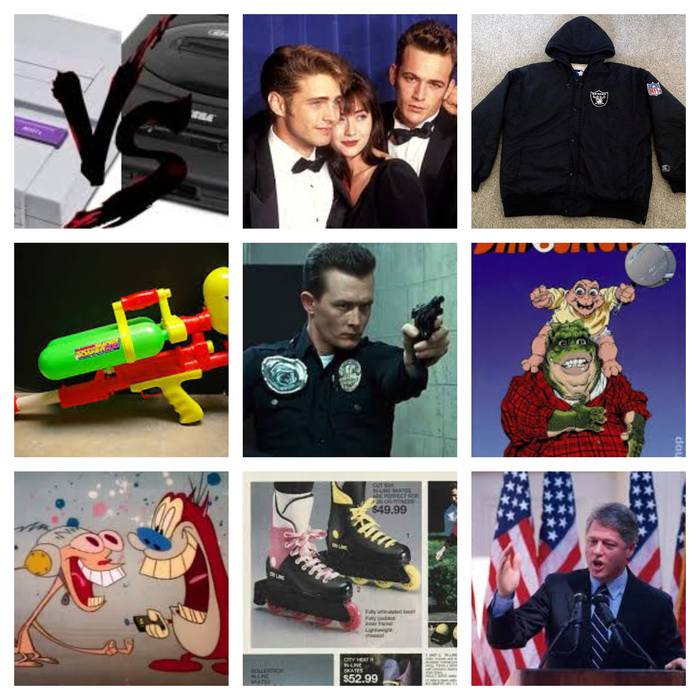 1991 is often thought of as the first year of the early 90s by unaware pop culturalists. The greatest change of the early 1990s was felt in the years 1991 and 1992. 1991 was what many people in 1990 wanted 1990 to be. There was a new Nintendo for the 90s, a teen drama that made us all forget Degrassi High (duh-nuh duh-nuh duh-nuh duh-nuh CLAP CLAP CLAP), and a sequel that many Xers saw in theaters over 5 times (Hasta La Vista, Baby). Not to mention, the Sega Genesis versus Super Nintendo console war, 90210 dolls, and cameo by Robert Patrick in Wayne's World in 1992.

The years 1991 and 1992 paved the way for the mid-90s more than 1990 did. Cartoons were cartoons again after Ren and Stimpy came on Nickelodeon on Sunday, August 11, 1991. While Millennials were watching Ren and Stimpy and Rugrats, Xennials were building their Super Soaker and Uncanny X-Men collections. Outdoor activities ranging from Super Soaker battles to rollerblading (inline skates) were hotter [no pun intended] than ever in the summers of 1991 and 1992. In the falls of '91 and '92, Xennials and Xers were leaving their Starter puffer jackets in the car out of fear of being stabbed for them.
The early 90s did a complete 180 and it was reflected in politics and pop culture. George HW Bush's lips that we were all reading became known as 'bushlips' (akin to Pinocchio's nose) and most of America was following Slick Willie from mid-1991 until he won the election in '92. When we were not listening to "I did not inhale", Americans anxiously awaited Baby Sinclair hitting papa Earl Sinclair over the head with a pot while saying "Not the mama". Dinosaurs had the ABC formula down pat (fat father, the mother who was the voice of reason, smart daughter, cool son, hip grandmother, and catchphrase kid). Sadly, all of this culture went off the rails in 1994 and 1995.

Still, the early 90s left us with a remarkable cassette of an era. 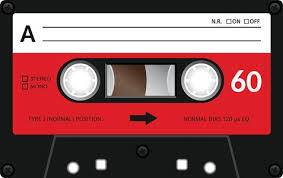 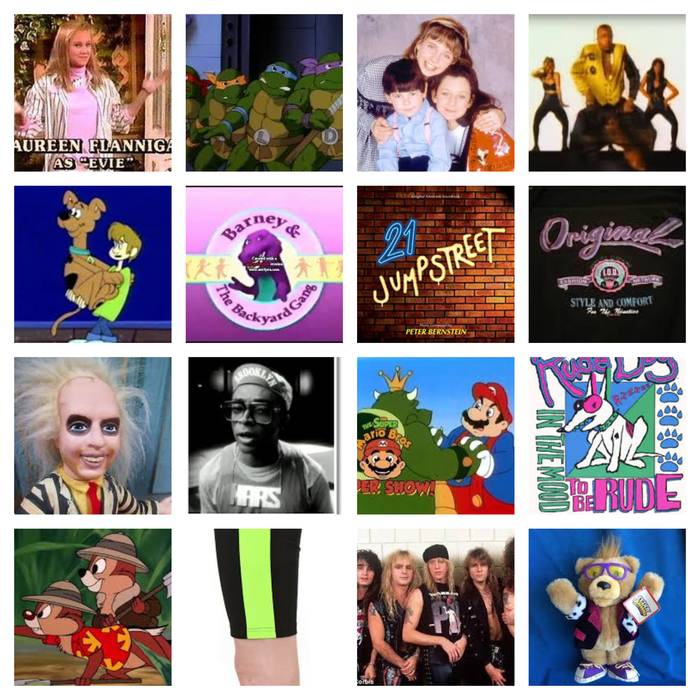 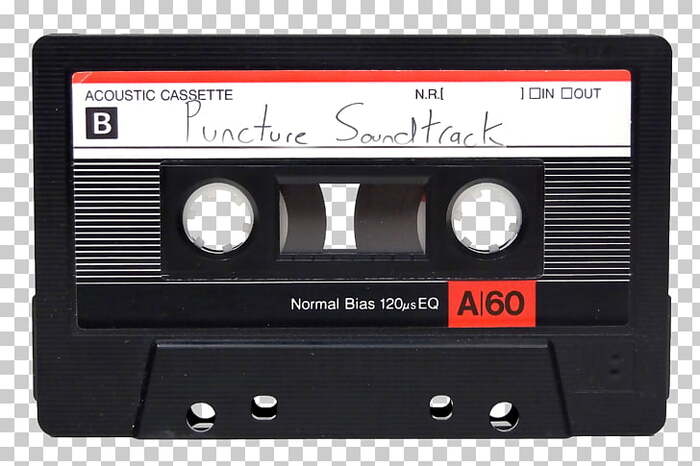 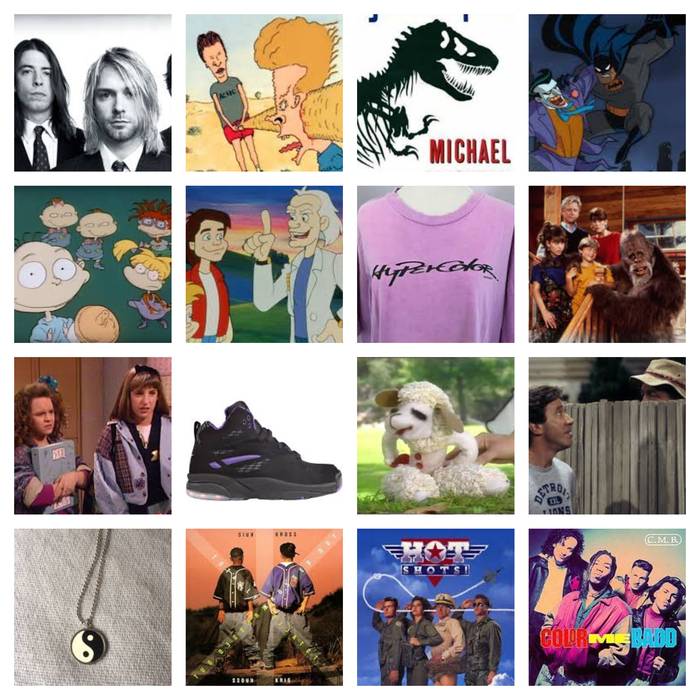 In hindsight, the early 90s were no different from any other age. It had its bright spots (1991 NBA Finals), grey matter (music by Dino and Glen Medieros), and the ugly (Parker Lewis shirts). It's debatable rather photos from the early 90s should stay locked away in a vault for good or not (remember the jorts, skorts, and shortalls). One thing is clear nonetheless, it was one hay of time to collect sports trading cards and car posters. Side A of the early 90s clashed with side B like the taste of peanut butter and jelly, but it makes one hell of a package like peanut butter and jelly sandwiches.

Well, that is it, Retrojunkers! I hope you enjoyed my short article. Enjoy the rest of your week! The 'slammin' Compact Disc long box and 'stupid hype' Cassingle below ought to take you back to the early 90s! 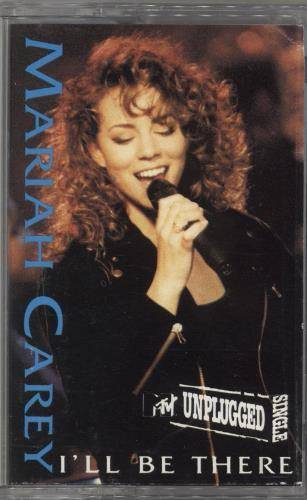 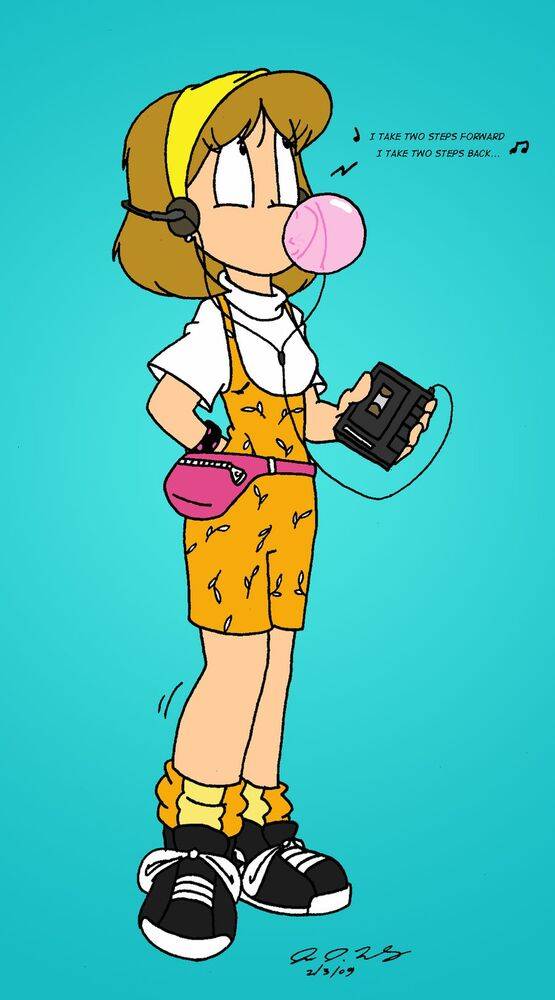 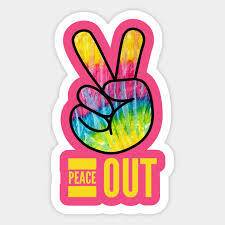 13
Quote O' Matic
Leatherhead: "This city is no place for this gator. I'm going back to my swamp!"
Teenage Mutant Ninja Turtles

8
retrofan01
We Came, We Saw, We Xennialed (Part 2 of 3)
Traveling Back to the Days of When Cell Phones were the Size of Bricks
An unhandled error has occurred. Reload Dismiss