The amazing show that led me to believe in tank-proof spiders, invisible monsters, and that people from India could do totally cool tricks.
By System
On
This may be a little too old school for some people, seeing as how this show is like 40 years old, but I watched it back when I was a kid and used to look forward to it every day. Somewhere in between airings of equally old cartoons such as Space Ghost, The Smurfs, Birdman (to this day I occasionally yell out "BIIIIIIIIIRDMAAAAAAAAAN!!!!" to the surprise of my fellow students, who probably think I'm crazy), and of course Thundercats, this gem of a cartoon sticks out in my memory the most. :D

K, let me introduce the whole group of characters :D 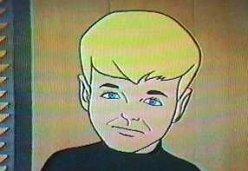 This fellows is, obviously, Johnny Quest. Johnny is a lucky as hell child who gets to fly all over the world with his family, his dog, and his Indian slave, er, friend, Haji. This kid is so damn lucky to get to see all the great wonders of the world. Then again, everywhere he flies to, some strange *&$# goes down. If you ever see this kid landing at your local airport, you know it's time to run like hell; a giant monster is about to strike and kick your ass. 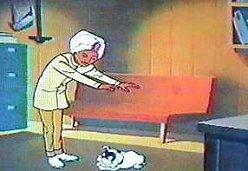 Since I'm lazy, I'll introduce both of these in one pictue. The kid is named Haji, and he's from India. I believe that he was an orphan and adopted by the Quest family, but I can't really remember that part. He occasionally comes up with some magical Hindu stuff to help save the family, but he's mainly here to be Johnny's best friend.

The dog is named Bandit. It's the comic relief of the show. I don't really know what type of dog it is though... 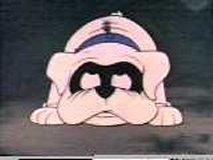 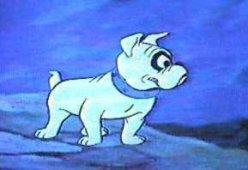 Seriously, what type of dog is that?

Oh, right, the parents...nobody cares about them. In fact, upon looking for the parent and that other guy on the net, I found pictures of llamas basking in the sun...what the hell? A slightly deeper search led me to a few pictures. Well, one. The llama picture is on the right, for those who ride the short bus to school. 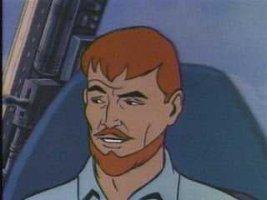 This is the dad (again, on the right, giving someone "the eyebrow" look). He's the brains of the whole group, being a scientist and all. He also comes up with some lame ways to kill the monsters at the last moment..."Reversing the polarity of the beam to kill the lizard men," or something like that, was very common. There's also a bodyguard, but he apparently is a sucky bodyguard, because the family is still always being captured. He was grey haired and old, so he was probably past his prime. That's why he must still be fighting the lizard men and swamp creatures. They could have fired this old guy, but I think they felt sorry for him.

The really cool part of the show was the strange creatures they fought. I remember being scared of the monster that was invisible and only left footprints in the ground...creepy. Also the spider that could walk by firing tanks without being hurt was awesome too. Looking back on the shows now....wow, I was such a simple kid. The animation is so, so crappy; they only move like one part of the body at a time. Or, when there was running involved, they passed the same house like five times running to the left. Odd. It was animated by a former comic artist, so he may not be the most experienced in drawing motion.

The lizard men: the only picture I could find of the evil creatures. Actually, there was a portugese site that had a lot, but they wouldn't let me have them...greedy bastards.

Oh yeah, about seven years ago I think they tried to resurrect the whole Johnny quest thing...it failed miserably. Fancy 3d segments were no match for the robot-style movements of the original. Very few cartoons can destroy my great rememberance of this cartoon..except I just now remembered that the family's name may have been Banner...anyways, that's my thoughts on this relic of a show. I hope I wasn't the only one that sat glued to the tv while this show was on...but then again I wouldn't be surprised if I was.

6
Quote O' Matic
Lord Zedd: "I HAVEN'T FAILED YOU WORTHLESS TWIT! YOU FAILED! YOU ALL FAILED! JUST LIKE YOU FAILED BEFORE!"
Added By: System
Mighty Morphin Power Rangers
Related Articles 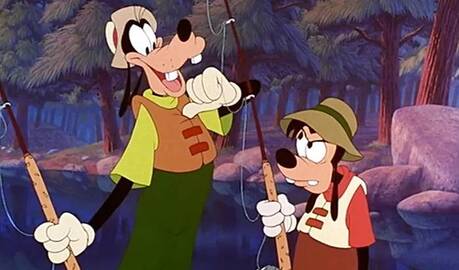