A look at the long and forgotten music videos made by Disney in the 80s and 90s.
By System
On
A few years back, I'd say about 2005 or 2006, my old independent video store closed. I used to love going to this store, they had all kinds of stuff, rare too. Disney's Halloween Special, Mighty Morphin' Power Rangers videos, the original movie adaptation of Lord of the Rings, all kinds of great stuff there. In the last day or two of business, they were selling away all their videos at $5 apiece. So I went down there, and bought a ton of videos, including Disney Golden Edition tapes, the Halloween Special, the MMPR videos, and a couple of videos that were very special to me, as I used to rent them a good amount. They were, DTV tapes.

But before we get into the tapes, you might be thinking: "What's DTV?" Well DTV was a collection of music videos created by Disney in 1984, inspired from the then extremely popular MTV, from where it got it's namesake. It combined famous songs of the time with multiple different clips from different cartoons. It ran from 1984 to 2002, with a new batch of videos being created in 1989 under the label DTVÂ². Hundreds of music videos were made under the original DTV label, while only a mere 12 music videos were made under the DTVÂ² label.

For DTV, Different music videos were created for different artists at the time. These musicians ranged from Michael Jackson, to Huey Lewis and the News, to Bill Haley and the Rockets, to The Shirlettes, and to Hall and Oates. DTV featured a wide range of musicians over many decades.

Specials were even made for DTV. These specials were shown on certain holidays and special occasions. The 3 specials were:
DTV: Doggone Valentine (Rebranded as DTV: Doggone Hits in reruns)
DTV: Valentine (Rebranded as DTV: Romancin' in reruns
These music videos will probably never be shown again due to extensive copyright laws. But fear not! In it's run, Disney made 5 DTV videos. They're avaliable on VHS, Laserdisc, Betamax, Japanese Laserdisc, and PAL. 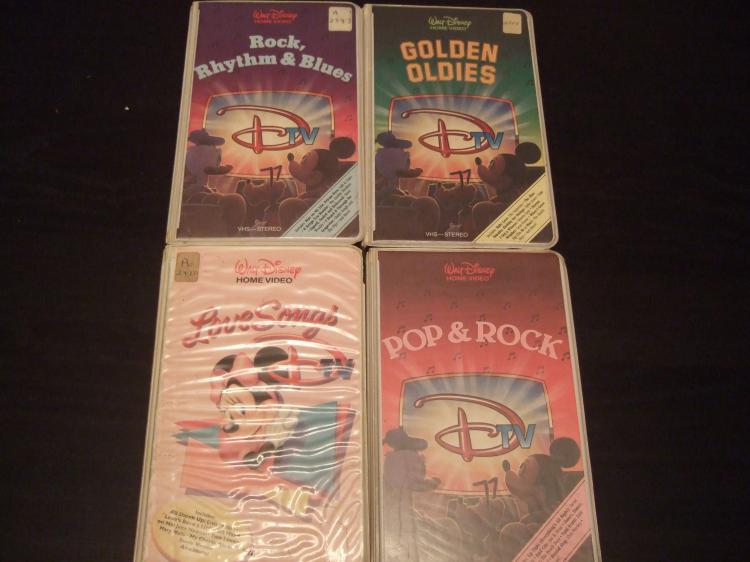 I own the first four VHS tapes, all of which I bought from my local "Mom & Pop" video store at $5 apiece. These videos are extremely rare are expensive when found online. Ebay and Amazon carry few to none at a time, and they can go into prices of $35 and upwards. The latter two videos seem to be the rarest from what I have seen. I have never seen Love Songs online, and I haven't seen much of Groovin' for a 60s afternoon, but it seems to go for much cheaper than the other videos surprisingly.
Each video runs about 45 minutes, and shows a variety of music videos pertaining to the genre of the video. The contents of these videos are as described here: 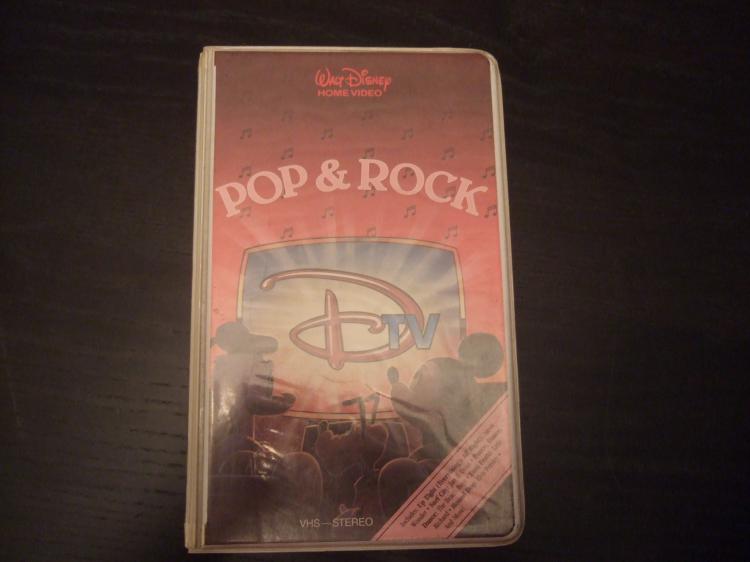 * Martha and the Vandellas: Dancing in the Street
* Little Richard: Tutti Frutti
* Tommy Roe: Dizzy
* The Diamonds: Little Darlin'
* Stevie Wonder: Uptight (Everything's Alright)
* The Supremes: You Keep Me Hangin' On
* Elvis Presley: Stuck On You
* Stevie Wonder: I Was Made to Love Her
* Danny and the Juniors: At the Hop
* Sheb Wooley: The Purple People Eater
* Johnny Burnette: Dreamin'
* Little Richard: Long Tall Sally
* Jan and Dean: Surf City
* Elvis Presley: Hound Dog
* The Four Tops: Reach Out - I'll Be There
* The Dovells: You Can't Sit Down
* The Beach Boys: Dance, Dance, Dance 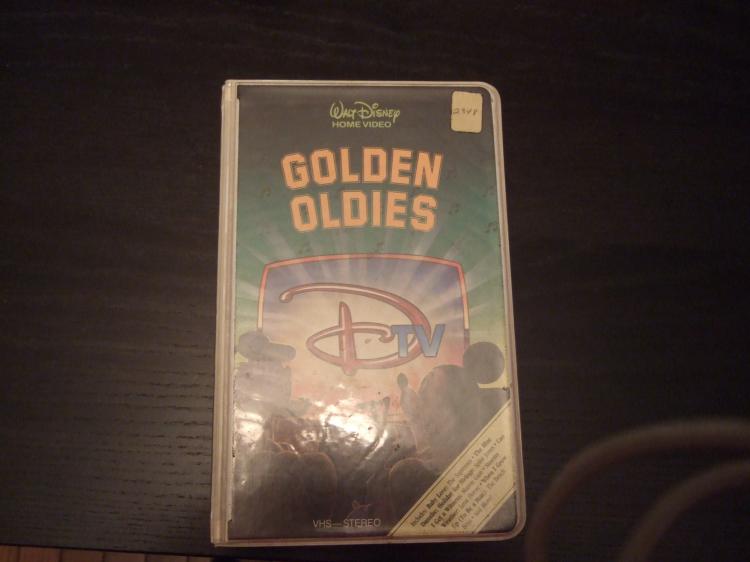 Golden Oldies shows music mainly 20 years and older, so that would be music from the 50s and 60s. The music videos on this tape are:

* The Supremes: Baby Love
* Spike Jones: The Blue Danube
* Louis Prima and Keely Smith: That Old Black Magic
* Tennessee Ernie Ford: Sixteen Tons
* Barrett Strong: Money (That's What I Want)
* Burl Ives: Lavender Blue (Dilly Dilly)
* Marvin Gaye: Can I Get a Witness
* Annette Funicello: Pineapple Princess
* Smokey Robinson and the Miracles: Mickey's Monkey
* The Cadets: Stranded in the Jungle
* Stevie Wonder: For Once in My Life
* Annette Funicello: Tall Paul
* Lena Horne: Stormy Weather
* Smokey Robinson and The Miracles: You Really Got a Hold On Me
* Spike Jones: Holiday for Strings
* The Beach Boys: When I Grow Up (To Be a Man)
* Bobby Darin: Lazy River (PAL VHS and Japanese Laserdisc Only) 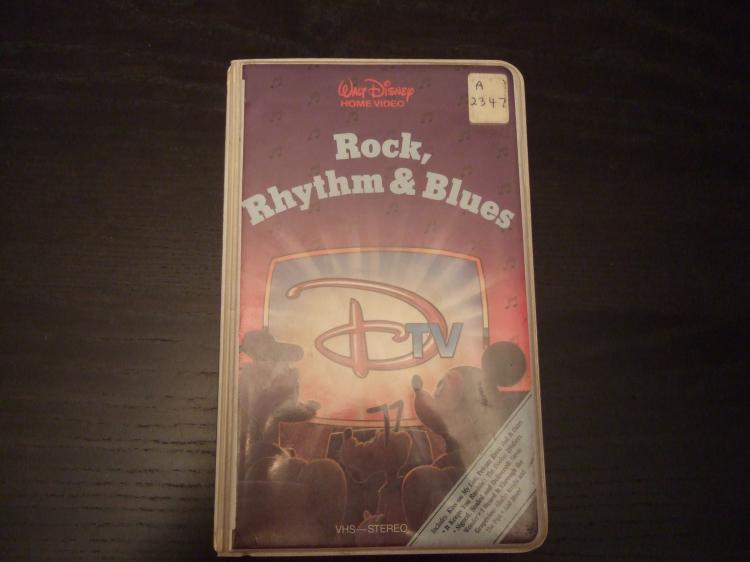 * Hall and Oates: Kiss on My List
* Jimmy Cliff: Wonderful World, Beautiful People
* Richard Thompson: Two Left Feet
* The Jackson 5: Dancing Machine
* Gladys Knight and The Pips: Friendship Train
* The Doobie Brothers: It Keeps You Runnin'
* The Supremes: Stop! In the Name of Love
* Marvin Gaye and Tammi Terrell: Ain't No Mountain High Enough
* Stevie Wonder: Signed, Sealed, and Delivered
* Jimmy Cliff: You Can Get It If You Really Want
* Gladys Knight and The Pips: I Heard It Through the Grapevine
* Hall and Oates: Private Eyes
* Burning Sensations: Belly of the Whale
* The Blues Brothers: Flip, Flop & Fly (PAL VHS and Japanese Laserdisc Only)
* The Coasters: Charlie Brown (PAL VHS and Japanese Laserdisc Only) 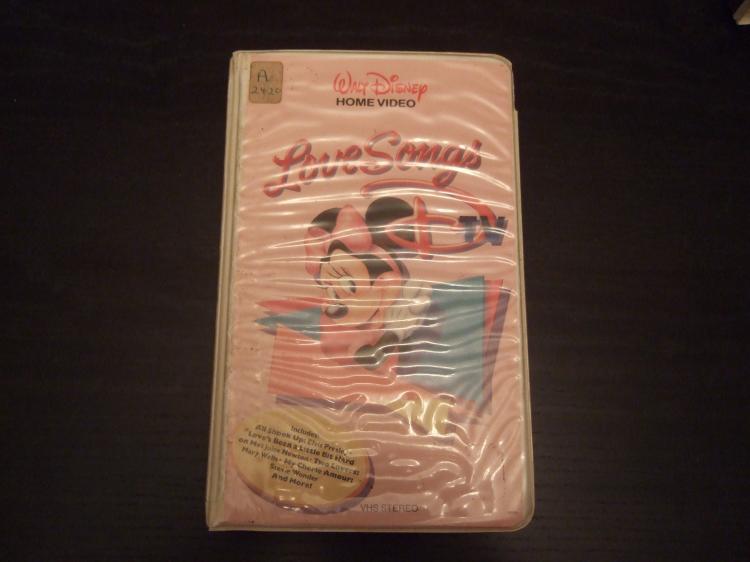 DTV: Long Songs shows music videos that feature love and romance songs. The songs on this tape are:

* Juice Newton: Love's Been a Little Bit Hard on Me
* The Temptations: Just My Imagination
* Elvis Presley: All Shook Up
* The Marvellettes: Don't Mess with Bill
* Stevie Wonder: My Cherie Amour
* Gene Chandler: Duke of Earl
* The Drifters: Some Kind of Wonderful
* Mary Wells: Two Lovers
* The Marvellettes: Too Many Fish in the Sea
* Dee Clark: Raindrops
* The Temptations: Ain't Too Proud to Beg
* Otis Redding: Try a Little Tenderness
* Yes: Owner of a Lonely Heart
* Sister Sledge: We Are Family 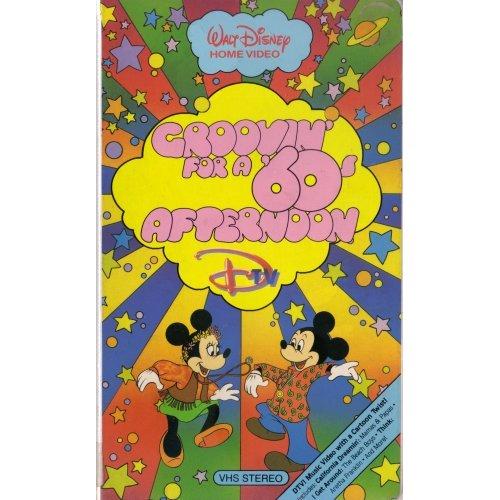 Groovin' for a 60s afternoon (Sorry about the stock picture) contains music mainly from the 60s, some from the popular California Beach bands such as The Beach Boys and The Mamas and the Papas. The music videos on this tape are:

I used to love watching some of the songs on these videos, and during the making of this article, I just took them out of the basement with the rest of those videos I got from my local video store. Here's to you!

Many other songs were not released on video tape, but some of these, and the specials can be found on Youtube thanks to users such as DTVzone and taegdv.

And now for the finale, I present the DTV music video, one of my special favorites..."Private Eyes" by Hall & Oates! Thanks for reading everybody and God Bless! I'm going to go watch my tapes now. :)

http://www.youtube.com/watch?v=LzpikP9WcGc
(Copy and paste into address bar to watch. Seems I can't embed the video.)
28
Login To Vote!
More Articles From System