The classic cartoon series about the adventures of jungle man George as he saves his home from constant peril with then help of his ape friend Ape and the beautiful Ursula.

The intro from the original home videos.

The outro from the original home videos
Posters

0
Quote O' Matic
Bob: "So today, let's have a happy accident, and see what we can make out of it."
Added By: funguy10
The Joy of Painting 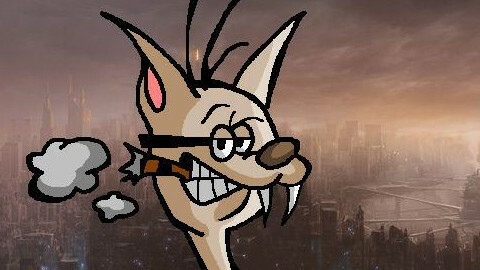