The famous voices of Tony Jay.
By bamfingnightcrawler
On
In the fall of 2006, we lost a voice actor named Tony Jay. His name may not be very familiar, but his voice is what he is remembered for. Here is a list with some of the voices he provided. The ones I remember most have descriptions of the character. 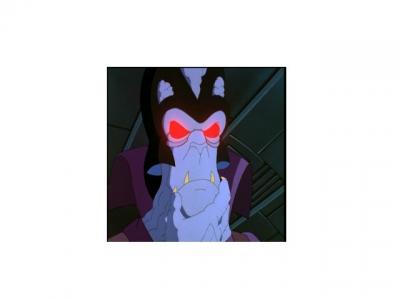 Lord Dregg appeared in the last 2 seasons of the original TMNT. He became the main villain after the TMNT got rid of Shredder and Krang again. Many fans of the show did not like the change, but I didn't mind. I thought he was much tougher than Shredder and Krang. He was able to cause the mutation of the turtles to be enhanced. They had the power to mutate into much more powerful turtles, but it was uncontrollable. He was the last enemy the original TMNT would ever fight.

Frollo was the villain in The Hunchback of Notre Dame. To me, he is on of the darkest Disney villains. When he first encounters Quasimodo (because he accidently kills Quasimodo's mother), he wanted to drown him. The archdeacon was against this and Frollo decided to lock him away in the bell tower to hide is "deformity." Then later in the film he starts lusting over Esmeralda and because of his lust for her, sees that she must be killed. Frollo captures Esmeralda and orders that she is to be burned and chains Quasi in the bell tower. He breaks free and saves Esmeralda and then goes up to the sanctuary. Frollo finds them in the sanctuary and tries to kill Quasi, but Quasi fights back. The fight ends up on the balcony where Frollo attempts one last time to kill Quasi and Esmeralda, but ends up plummeting to his death. 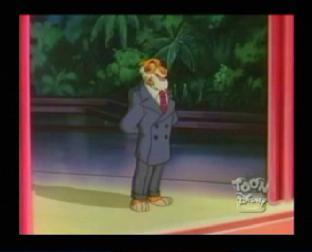 Shere Khan was originally voiced by George Sanders in Disney's Jungle Book. He passed away in 1972. Tony Jay landed the part for TaleSpin. In TaleSpin, Sher Kahn is kind of a villain. He's just a wealthy business man who just wants to do anything to make money, and this sometimes causes to act in a villainous manner. One of the things he enjoys doing is run small businesses out of business. Maybe he owns Walmart. I don't know of his role in Jungle Book 2, but I'm guessing that it's revenge on Mogli.

These three characters are the most memorable for me. Now here is a list of some other voice acting he did.
X-men Legends: Magneto

Legacy of Kain: The Elder God,Zephon, and Mortanius the Necromancer 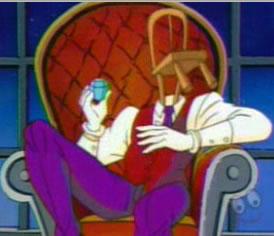 Beauty and the Beast: Monsieur D'arque

Tony Jay was one of the best in the business. He mostly played villains, due to his unique voice. He performed in video games, movies, on stage, and television. Late in his life, he developed a non-cancerous tumor in his lungs. He was unable to recover from the surgery and in April of 2006, he was in critical condition. He passed away August 13, 2006. This article is meant to remember his talent and all the characters he brought to life with his voice. May he rest in peace.
17
Login To Vote!
More Articles From bamfingnightcrawler

9
Caps_2-0
A Talk With Kathleen Wilhoite
My newest interview is with one of my favorite underrated actresses.
An unhandled error has occurred. Reload Dismiss