Doom is a 2005 science fiction action film directed by Andrzej Bartkowiak. It is loosely based on the video game series of the same name created by id Software. The film follows a group of marines in a research facility on Mars. After arriving on a rescue and retrieval mission after communications ceased, the marines soon battle genetically engineered monsters plaguing the facility. 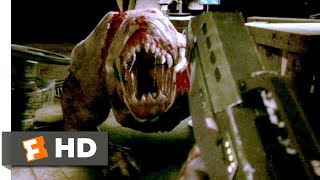