Why Maniac Mansion Is one of the best games of all time
By Dr_Science
On
DON'T BE A TUNA HEAD
The year was 1987, Lucas films was expanding faster than the big bang. Wanting to break into the video game industry Lucas film started Lucas arts and they gave birth to Maniac Mansion for the Commodore64.

If released today this game would not have sold but five copies. But in when released for the NES in 1990 this game was a revolution, As is it's sister game(which never made it to the NES) "The Adventures of Zak MacCracken". Using comedy as well as strategy this game opened the door for games in the comedy genre to thrive. Not to mention a certain series of games involving exploring and surviving a Mansion filled with bad guys(Undead/living dead). It's hard to describe this game accurately without making it sound cheesy. I guess one could call it "survival horror," if "horror" were replaced by "comedy" and "survival" with "goof around fun time filled with puzzles." Picture Resident Evil without the guns, realistically scary monsters, or a big threat of death and you'll pretty much have this game nailed down. By the time it was released on the Nintendo Entertainment System it was an established game on the Commodore64, the Apple II, and I believe there was a version for the Tandy as well. This article focuses on the NES version. 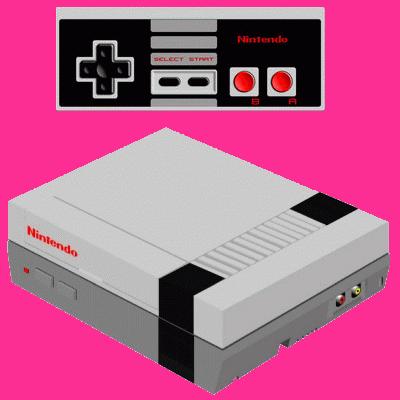 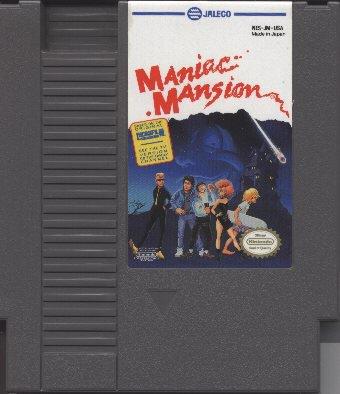 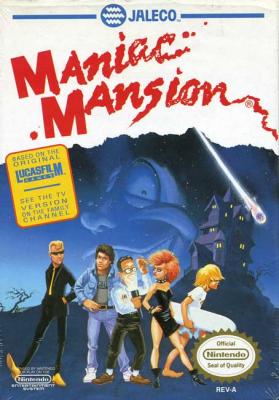 and his friends, Bernard-the nerd who can fix anything,

Michael-The photography club guy who can develop any picture or
blueprint,

Razor and Syd- The punk rockers who are an inch away from the
big time,

Jeff- Surfer dude with an interest in fixing phones,

Your job as these characters, you pick two of them to accompany Dave, is to infiltrate the Mansion and save Dave's girlfriend Sandy

from the evil clutches of Dr. Fred

who wants to suck Sandy's brain out of her head. Naturally Dave doesn't want this to happen. So, Armed with only a CD player the team of three opens the game in the driveway of the mansion. 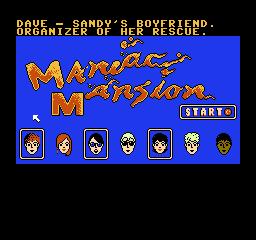 Clever cut scenes through out the game reveal that, with the help of a Purple Tentacle, Dr. Fred has been in the basement of his Mansion for the last five years. He's been down there ever since that meteor crash landed in the back yard, doing experiments on young teen-age women.

Also the Mansion its inhabited by Dr. Fred's wife, Nurse Edna. I guess she is like Dr. Ruth, only Bluish-green. His son Weird Ed, and his pet hamster live here as well. Dead Cousin Ted is Mummified in a shower in the top floor and Green Tentacle is hanging out in his room waiting for a record deal.

Throughout your wacky adventure through the mansion should you bump into Weird Ed or Nurse Edna, they will lock you away in the dungeon in the basement. 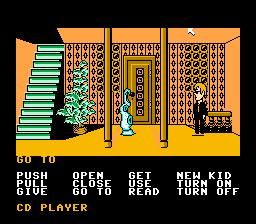 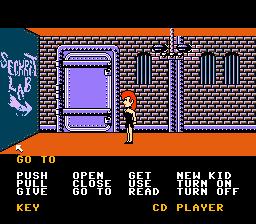 Weird Ed hates the evil Meteor that is controlling his father. He is waiting for a package to come in the mail so he can finish his plans and raid the lab on the far side of the dungeon. Develop his plans for him or steal his hamster splinter cell style then give it back to him and he will be your friend. Weird Ed and Dr. Fred randomly appear in the arcade room on the second floor as well. 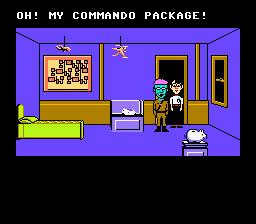 The humor in the game is never ending. The random signs outside and inside the mansion, such as "staircase out of order". The pool in the backyard is cooling the radioactive isotopes for the nuclear reactor in the basement, and if the pool is empty for too long a nuclear explosion kills everyone within a twenty mile radius. 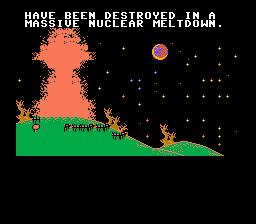 You can't open the garage door until you use the "Hunk-O-Matic" weight machine a couple of times. You have to move Dead Cousin Ted in the shower to obtain a phone number with which to prank call Nurse Edna. There is a sarcofagus in one room with a tv in it. The family seems to own a rocket powered Edsel. The knives in the kitchen are glued to the wall. There is a chainsaw but no gas(in The Adventures of Zak MacCracken there is 2-cycle chainsaw gas but no chainsaw). Also on the morbid side, with Razor or Syd you can take Weird Ed's Hamster and explode it in the microwave!!! After that if you give it back to Weird Ed, he will kill you. 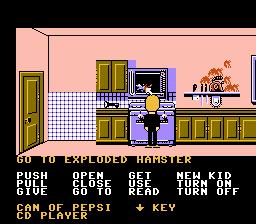 Yes that's right, one or all of your characters can die. No revivals here, they are dead. But there is a cool cheat where you can walk around as a ghost after you die. 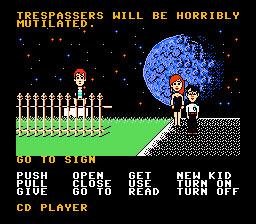 The humor of the game made this a blast to play but the real shining quality of this masterpiece is the Re-playability. Each combination of three kids makes it a completely different game. With Bernard in your team you can call the Meteor police to come arrest the evil Meteor. With Wendy you can get the Meteor's manuscript published by "3 Guys Who Publish Anything".

With Razor or Syd you can record a song on the piano, send it to the same publisher and get the Green Tenticle a record deal, who then helps you shoot the Meteor into space. There are many different ways to play the game. After you beat the game with one set of kids you could turn around and play through a different way with a different set of kids.
the easist way to beat the game is with Dave, Bernard and Michael.

But I challenge you the reader to beat it with Dave, Wendy and Razor.

It is Possible so try it out.
In conclusion, do pick this game up for the NES, there are other versions of it floating around the net but none are as good as the Console version and remember, when dealing with a violent radioactive meteor ALWAYS bring your radioactive suit and call The Meteor Police in advance.

No, there was NEVER a 2nd printing of Maniac Mansion for the NES.
Nintendo found out about it too late it it's shelf live and they never made a new version.
All NES versions of Maniac Mansion have the nuke the hamster.

Are you sure you want to delete this comment?
A bit more trivia abou the Hamster; you can only put it in the Microwave if you have the original NES release of this game. When Nintendo found out about it they promptly had it removed and released a revised version of the game. There was also some mild pixilated nudity in the computer versions of the game that were removed in the NES version.
---

No, there was NEVER a 2nd printing of Maniac Mansion for the NES.
Nintendo found out about it too late it it's shelf live and they never made a new version.
All NES versions of Maniac Mansion have the nuke the hamster.

However, if anyone wants to a remake of this game go here
http://www.bigbluecup.com/games.php?action=detail&amp;id=401

This is remade more in the fashion of MM2. And best of all it's free!

Are you sure you want to delete this comment?
Thank you for the great article for this fabulous game, always has been a classic and still a joy to play today.

However, if anyone wants to a remake of this game go here
http://www.bigbluecup.com/games.php?action=detail&amp;id=401

This is remade more in the fashion of MM2. And best of all it's free!