How Martin Short & Charles Grodin starred in an underrated comedic gem
By BlakeThomasWW2
On
"You don't know the first thing about Hitler! Er, Clifford!"

Let's be honest, whenever you hear the name "Clifford" in reference to your childhood you immediately think of one thing. I don't really even need to say what said thing is because it's what we're all thinking and bears no further discussion. 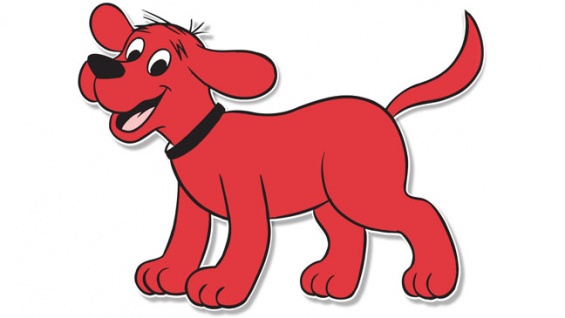 But in 1994, SNL and SCTV alum Martin Short and Golden Globe-winner/Newton family patriarch/asshole from that 70's King Kong remake both starred in a film that is not only worth a second look, but also worth a re-evaluation from the critics who originally blasted the film.

In the early 90's, most comedy films featured the "old guard" of comedians left-over from the 80's as headliners. Former heavyweights like Bill Murray, Whoopi Goldberg, and Billy Crystal seemed to be working very regularly on some very mediocre films. The biggest grossing comedy (and second biggest grossing movie) of 1993 was Mrs. Doubtfire, and Robin Williams was already 42 at the time.

In 1994, things changed drastically. Namely, one cast member of the Fox sketch show In Living Color hit it huge, and 1994 was HIS year. 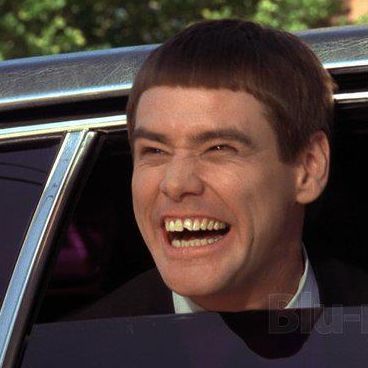 Ace Ventura: Pet Detective. The Mask. Dumb and Dumber. Jim Carrey was America's sweetheart. He made possibly the broadest, lowest common denominator, most crude, third grader joke-laden movies of the decade and we loved him all the more for it. Jim Carrey was king of '94, more popular then Bill Clinton and OJ combined, forever destined to be quoted endlessly by frat boys and 10 year-olds alike. His legacy was firmly cemented into the American experience, and the pop culture lexicon would never be the same.

In the middle of this Jim Carrey fartstorm came a quiet, humble little movie with perhaps too lofty of ambitions. Enter Paul Flaherty, a former SCTV writer and director of another underrated film, Who's Harry Crumb? starring John Candy, took the reins of Clifford after a 3-year stint directing the TV adaptation of the popular NES game Maniac Mansion. 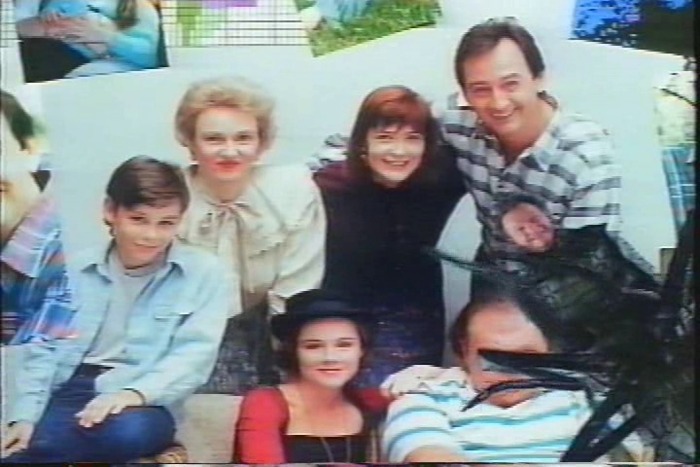 See this family? Yeah the game had nothing to do with them.

I don't think Flaherty wanted Martin Short to even attempt and de-throne Carrey as driving comedic force of the 90's, nor did he expect this to be the next big comedy of the year. I'm sure he along with the rest of the cast accepted their lot and decided not to go for box office glory, but instead make a small budget, character-driven comedy. It's admirable, and it gives the film a whimsical pre-Wes Anderson quality.

Martin Short is cast as Clifford, a 10 year-old boy with a pet toy stegosaurus who wants more than anything to go to a Los Angeles theme park called "Dinosaur World" (keep in mind this movie came out the year following Jurassic Park). When he makes mischief that forces the plane he's on with his family to land in LA on the way to Hawaii, his parents, desperate to get rid of him for a few days, dump him on his Uncle Martin. Uncle Martin is played as a never-married man in his early 40's by the ever-curmudgeony Charles Grodin. His fiance wants kids but he seems indifferent to the idea, so to impress her he accepts the offer to babysit Clifford for a few days. Uncle Martin tells Clifford he'll take him to Dinosaur World, but reneges at the last minute, prompting Clifford to take his revenge. Hilarity ensues. 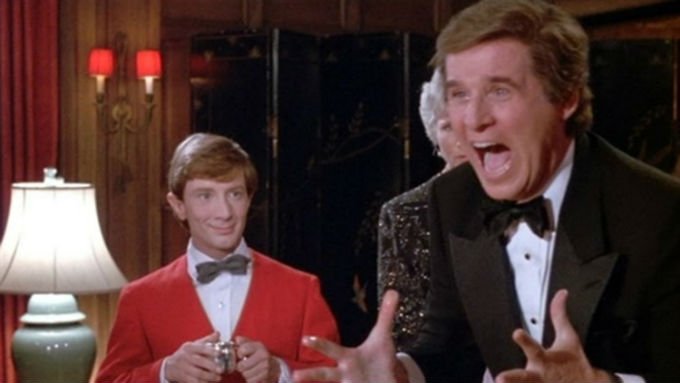 The main cast is rounded out by Mary Steenburgen as Sarah Davis, Grodin's fiancee; Dabney Coleman as Mr. Ellis, Grodin's boss; and features cameos from G.D. Spradlin (Senator Pat Geary from The Godfather Part II) as Sarah's father and Richard Kind (most well-known for the role of Paul Lassiter in Spin City) as Clifford's dad. Also making an appearance is a pre-Boy Meets World Ben Savage. There's a LOT of talent on the screen.

In addition to the many great actors peppered throughout, the way this movie really shines the most is through its' two headlining actors. If you can accept that Martin Short is a 10 year-old boy (which oddly enough you do) and Charles Grodin in his early 40's (he was nearly 60 when this movie was made) then the ensuing awkwardness-turned homicidal rage rings all the more true. Grodin being slowly driven to madness is where most of the fun lies, all the while Clifford manipulating situations for his own benefit. Watching a man being pushed to the brink of his own sanity is a pleasure that, as human beings, most of us delight in. The frustration that just seethes out of him is fantastic, and maybe a part of that intense disgruntlement could have been some of Grodin's own personal issues (*cough* *cough,* Beethoven's 2nd, anyone?), which makes his character all the more believable. 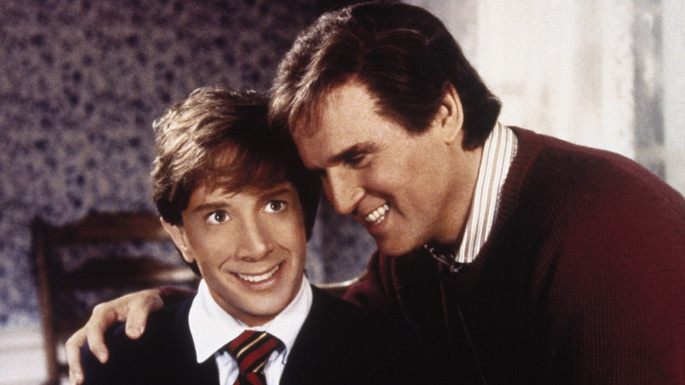 Seriously, the interactions between these two are HEE-LARIOUS.

I won't post any spoilers for those of you that haven't had the pleasure of watching this movie, but seriously, do yourself a favor and watch it. It's unfair how harsh the critics were on this movie. Of course it didn't have the special effects and quotability of The Mask (it didn't have Cameron Diaz, either) or the Farrelly Brothers in their first film outing (Dumb and Dumber), but it had a hell of a lot of heart. Films like Groundhog Day, What About Bob?, and Kindergarten Cop all received negative reviews upon their releases, but we look back at those movies with fond memories. Hell, there's a lot of movies that got bad reviews that are now considered classics.

It's a shame Clifford hasn't made that list. Sure, the movie has a pretty slow pace, and sure, some of the jokes are corny, but the way the Short and Grodin play off each other makes for some damn fine entertainment. To know Clifford is to love him. 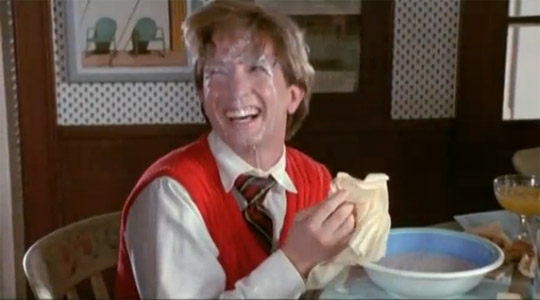 "This boy and his cereal!"
5
Login To Vote!
More Articles From BlakeThomasWW2 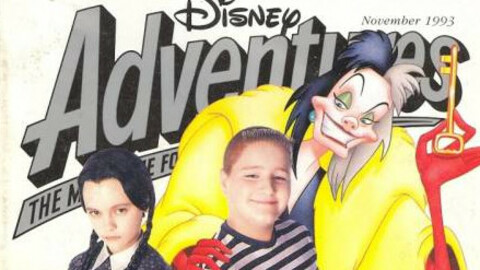 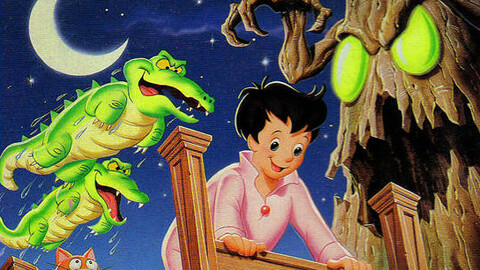