A Reminice on Retro Nintendo Gaming and a NES Top 5 thrown in for good measure.
By reballare
On
I was young but I was there. I might have missed the release of the NES by being unfortunate enough being born in 1986 but the fact remains I was there for the Super Nintendo Entertainment system. This console defined an era. For many this was the golden age of video games. The gaming war between Sega and Nintendo has gone down in the annals of history, making the current 'battle' between the Big N, Sony, and Microsoft look like a particularly heated game of scrabble between some inoffensive OAPs who sometimes crap themselves. 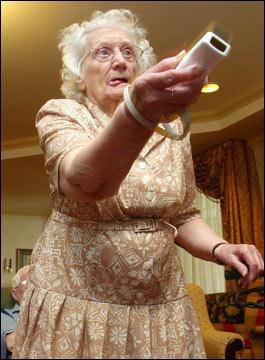 Agnes prefers the Wii, she thinks scrabble is for commies.

Ever since the 16-bit gaming era ended, there is no doubt in my mind that the quality of video games has suffered. In the early 90's, game-play was what mattered, not graphics. Nobody got massive erections talking about polygon counts and frame-rates. It was all about the game-play. A game could be as ugly as an old man's scrotum if it played beautifully. The fact is that, despite the release of the Sony Playstation, the Super Nintendo managed to remain extremely popular well into what became know as the 32-bit era. I feel that this no longer holds true. The kiddies today don't have much of an attention span. They want police cars exploding in their faces and hooker's faces being blown off by a stray gunshot 24/7. Sad times. Sad, sad times.(Note: I do actually like these games) 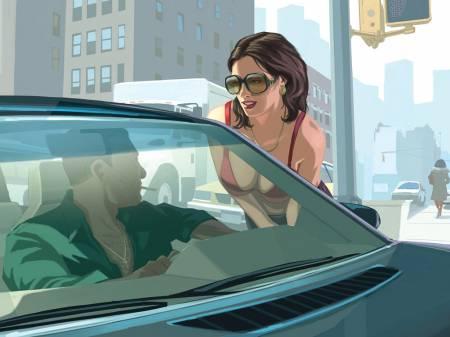 Why yes, I am a hooker, and I love being shot to death after selling my body, sure I'll go for a ride with you!!

I would label myself a SNES gamer; The SNES was the first Nintendo console relesed in my lifetime. Although I did own a NES, I wasnt born when they were released. I got my NES in 1989, and I had completed my fist computer game before I was able to read. I reliable source (my mother) informs me that I was 4 years of age and the game in question was a little gem called 'The Goonies 2'. Keep in mind that this was before the internet and if you were unfortunate enough to ever get stuck on a game that was essentially the end of that game. Your Dad might have just spent 40 hard-earned pounds on the game but if you physically could not get past the first level, well, sadly it was over. You basically had two choices: either you persevered at it until you went completely insane, finally throwing the NES controller through the telly, or you had a friend who had the same game as you and had got that little bit further. There was always the Nintendo hot-line you could call up but, personally, that was always a last resort. 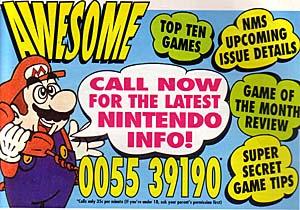 This was the time in video game history when it was actually difficult and sometimes impossible to complete or 'beat' a game. In those days, if you went into school and told your friends you had 'complete Super Mario Brothers' you were a hero in their eyes because games were rarely completable due to their sheer difficulty. Today, everyone's completed a video game. Back then, some games really stacked the odd against you. For example, Probotector (Contra in the US) only gives you 3 lives to get through entire game with and the game isn't short. Lose those 3 lives and uh-oh back to the main menu you go. You can always try again, at least until you decide to take your own life through frustration. The cord of the controller could make a lovely noose. 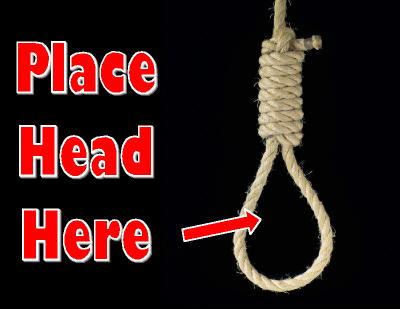 Many PAL copies of Contra came bundled with a noose just in case it all got too much for the player.

This article initially started off as a celebration of the SNES era but so far Ive went off on tangents and started talking about NES games even though the NES was more or less dead by the time I was playing it. So, without anymore delay I am turning this article into a top 5 NES titles article just because I want to. So without any further delay let's get this on the road. Keep in mind, I don't expect you to agree with this list, after all it is rather unconventional and full of strange choices. 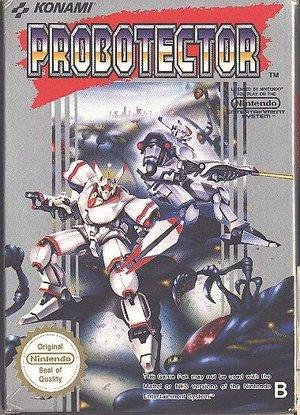 The version of Contra we europeans got. Note the lack of bad sylvester stallone and arnold schwarzenegger characters.

Known as Contra in the US, there aren't many people who haven't heard of this side scrolling run and gun. Its fast paced and so difficult that it will make you shit your spleen out and, wait for it, you only get 3 lives to beat the whole thing! It is also fantastic to play with a second player, if the aforementioned second player doesn't have severe mental retardation and won't die every 2 seconds, essentially dragging you down with them. This game is so difficult, I have never played it without the good 'ol 30 lives cheat, and I don't ever wish to do so; insanity would quickly engulf my mind and I'd possibly go on a killing spree, cracking peoples skulls open, using a NES controller as a sort of mace like weapon. The last level is notable for being a bit of an 'Alien' inspired rip-off, containing enemies that resemble ladies privates with teeth. So all in all, a great little game for the kids to play. In all honesty, if you haven't played it, do so. The sequel is also very good but sadly it does not make the list. 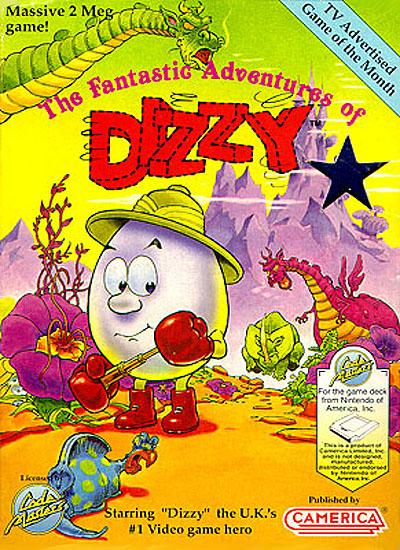 No you haven't dropped acid, this is Dizzy.

Possibly a controversial choice. What can I say? I'm a controversial person. I'm not entirely sure if this game is even that well know outside of the UK. This game from Codemasters stars an anthropomorphic egg. Yes, he is literally an egg. An egg with legs and a little face. He also wears nice boots and boxing gloves on his hands for some reason that isn't made clear. But don't let that put you off, it's a great game! It's basically a puzzler/sidecroller/action/adventure/eggy platformer game in which our hero wanders about collecting things and solving puzzles that range from the incredibly easy to the downright tricky. I always liked the visuals of the game and to be honest I never really questioned the eggy nature of the protagonist. Playing for hours and hours, getting into the mindset of a boiled egg no doubt shaped me into the fine example of a man I am today. A true under-rated gem. 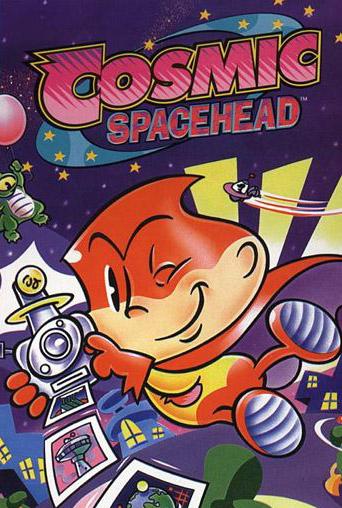 Yes, its another Codemasters game. I didn't realise what fondness I had for them until I compiled this list. Anyway, this is a point and click adventure in which you play as this tiny kid, who, for some inexplicable reason, likes to dress as a superhero. He lives on a far away planet and has to prove the existence of planet earth. There's not much more to it than that . Its a very weird game and if you like point and click adventures in the same vein as, say, Lucas Arts Monkey Island series, then you are a prime candidate for this. I was obsessed with this game used to draw pictures of Cosmic Spacehead on my books at school. I was a bit funny like that. Incidentally, this is one of the few NES games I saw through to the very end, despite the difficulty and lack of a guide. Go me. 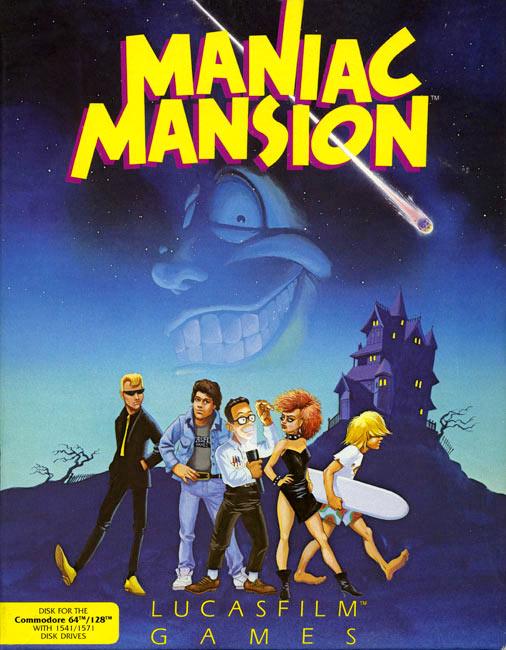 Hate hamsters? Despise their stupid furry faces? Then shove them in a microwave and subject them to an agonising death!

I seriously considered putting Turtles 2 (The Arcade Game) in this spot but I changed my mind at the very last second. This game is fantastic and if you have not played it you should be put to death, preferably soon-ish. Like Cosmic Spacehead, it is a point and click puzzle adventure game. Developed by LucasArts (know at the time as Lucasfilm), it is the first game to make use of the SCUMM engine; the engine used in the Monkey Island franchise among other games. Basically, you get to choose 3 teenagers to go into a spooky mansion occupied by creepy people whose minds are being controlled by an evil meteor. This is one of the games I hated playing on my own because it is genuinely scary at times. The music alone will make you do a big poo in your pants. It is a very funny game however and the dialogue is laugh out loud funny (think Monkey Island). Furthermore, what other game can you think of in which you can murder a hamster in a microwave and then give the melted remains to its owner who, in turn, murders you and then buries you in the front yard? No? You can get back to me on that one. This game is insane. 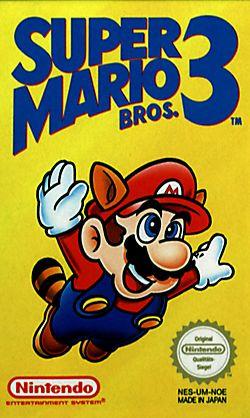 Was there ever any doubt?

Yup, You knew it before you even got down this far. No NES list would be complete, or accurate for that matter, without this game firmly placed in the number 1 spot. The very fact that the original Super Mario Bros. doesn't even chart on my list, shows how much I think of this sequel. Its a fantastic game. It is without a doubt the pinnacle of the 2D platformer. It also happens to be one of the best selling video games of all time. If you haven't played this game, I seriously don't know what you are doing still being alive. On a side-note, this game was re-released as part of Mario All-stars on the Super Nintendo and in my opinion it actually improves upon the original. If graphics matter to you that much you should play this version. Be warned it's difficult and could lead to smashed TV sets and severe mental illness. 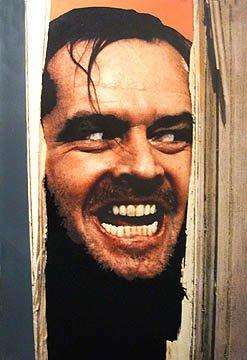 Jack was unable to clear World 8 despite his best efforts. He therefore decided to kill his wife, Wendy, with an axe instead.

So there you have it, a lovely little list complete with pictures and everything.With all that out of the way, I'm off to pretend I'm a little boiled egg with legs.
15
Login To Vote!