Top 10 Spine Tingling Video Games
By Nightwatcher
On
It's that spooky time of year again. Halloween is nearly upon us, and what usually comes to mind right about now? Costumes. Jack-O-Lanterns. And enough kilo tons of processed sugar to make every little kid comatose until Christmas. Sometimes we also enjoy watching our favorite Halloween themed television specials and movies. But what we don't usually think about for this season is video games. Now I know what you're probably think as you read this: "Video games? For Halloween? Say What?!" True, only one of these bares the name of the holiday as it's title, but the games listed here are good to play while eating your candy. Enter the creepier side of the R Zone if you dare... 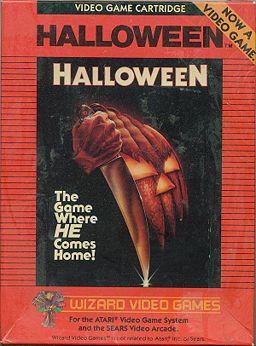 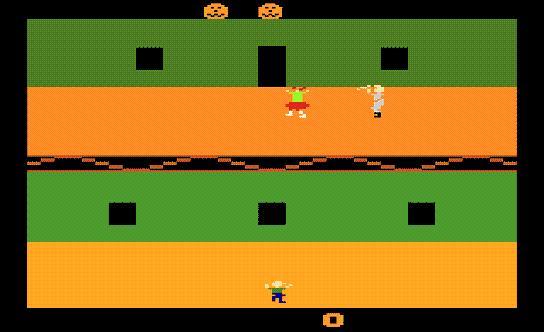 I was only a toddler when this came out but I can still safely say, WTF?! Halloween was published by Wizard Studios, which was only one guy working out of his basement, and was probably the worst horror movie themed video game in history. No one really liked it, parents or gamers alike, and I don't blame any of them. You play as a poorly rendered babysitter (her "skirt" looks more like an inner tube and her pig tails look like they are growing out of her neck) who is trying to save as many children as she can from the knife weilding maniac Micheal Meyers. Fail and you lose your head (in a surprisingly bloody mess) to Micheal, which shouldn't really matter since your head is practically non exhistant anyway. Succeed and you, and the kids you've saved, may live to see another day. Oddly enough, none of the characters in this game have names. For all we know the original concept may have been about a domestic dispute between two neighbors that went out of control. The only things in the game that seem to have anything to do with the movies are the pumpkins at the top of the screen and the now classic theme song which starts to play every time the killer comes on screen. (And which I hear is so annoying that it can make you as nutty as Micheal himself). 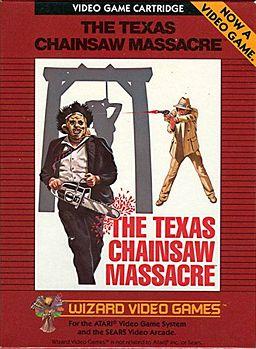 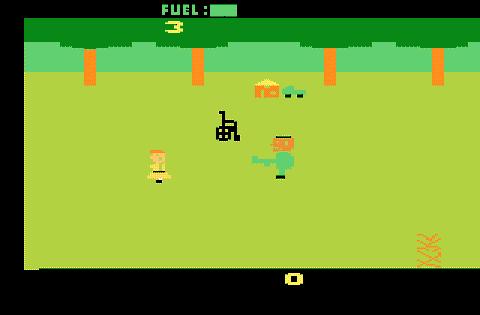 Well, at least the geek at Wizard was a little more on par with this one. It came out a year before the first game on the list but that's okay, you geat the idea. This may have been a video game first as you actually played as the bad guy this time. That's right, you are Leather Face and you get to go around lopping people's heads off with your trusty chainsaw. That's pretty much it, you simply keep your chainsaw's tank full by picking up gas cannisters, kill as many people as possible and avoid obsticles like bull skulls, bear traps and...empty wheelchairs? Woah, weird! This game didn't sell as well as Halloween because of it's violent nature but is considered today as a primitive precursor to Splatterhouse. Sick!

8. A Nightmare On Elm Street
Released-1989
Systems-NES and Commodore 64 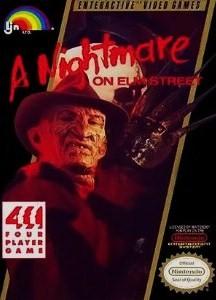 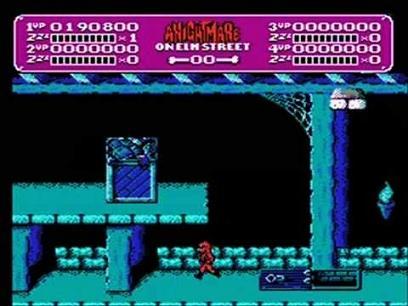 Cool, a game you could play in your sleep. Okay, maybe not. The premise sounds interesting enough: you play as a young hero named Johnny Teenager (eh, whatever) as he battles the evil, psychotic advances of Freddy Kreuger, and his famous steak knife claw glove, through the real world and Freddy's 'boiler room from hell' nightmare world. Unfortunately though, despite the fact that certain elements from two of the movies were used in the game, the concept as a whole doesn't seem to have carried over to well. Once again, fans of the movies that the game was based on didn't seem to be to thrilled with it. Could they at least have given the hero kid a real name? I just hope they weren't trying to dis my favorite actor Johnny Depp, who appeared in the first movie. It wasn't over yet though, the game's publisher LJN had another card in their hand...and they played it. 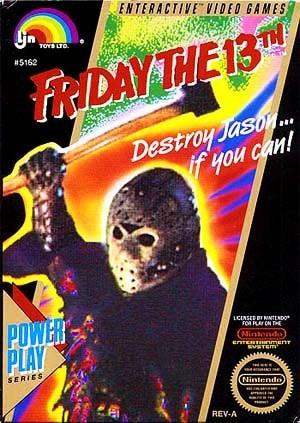 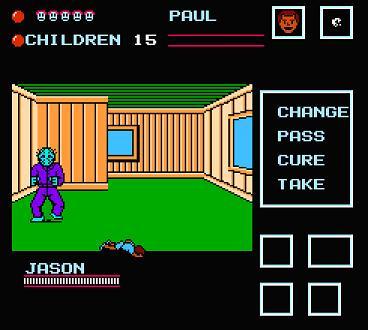 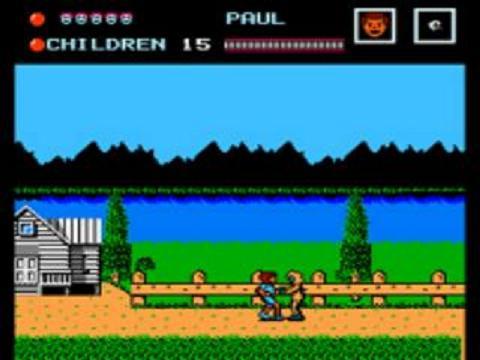 As far as Freddy vs. Jason goes, Freddy rules the movies but when it comes to the video games the Hockey mask wearing Jason Voorhees is king. In this game you play as a councelor at Camp Crystal Lake named Paul who is trying to protect the young campers during Jason's latest onslaught. Collect weapons and items to help you on your quest but also remember to watch your back because Jason could be hiding anywhere, waiting to attack. Can you defeat the grotesque goaley and escape with your life? This may have been another first for video games as, not only was it one of the first NES games to feature a first person view mode when you enter the cabins (the only other NES game to have this feature that I know of is The Goonies II) but it was probably also the first game that could make you soil yourself. Jason would pop out of nowhere at any random time and so suddenly that it could actually startle the player which possibly makes this the first real survival horror game. As if having a deadly wake of over two hundred victims wasn't enough, it looks like Jason made yet another landmark. 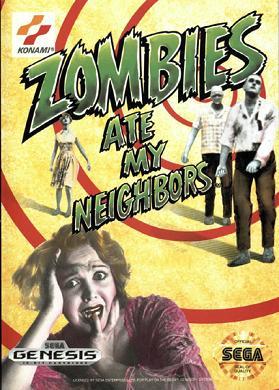 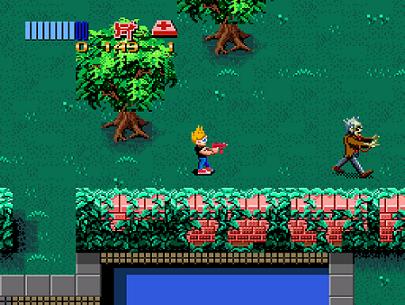 They say every family has it's nut, and in this case that nut is Zombies Ate My Neighbors which has to be one of the craziest games of the sixteen bit era. Lucas Arts made ZAMN as a spoof of early sci fi movies esspecially between the 1950's-1980's and it was published by Konami. You play as one of two main heroes, Zeke or Julie and use a zany arsenal of weapons against an array of enemies ranging from zombies to chainsaw weilding psychopaths (sound familiar?) to alien invaders. The object of the game is to save as many neighbors as you can from certain death while searching for the source of the evil hordes. Each version of the game had different features and most fans consider the SNES version to be the better of the two. The SNES version is also now available for download from the Wii Shop Channel. Lucas Arts and Konami reunited for a 'semi' sequal called Ghoul Patrol. It was released a year later in 1994 but wasn't as well received. "WOO, HA, HA, HA!" 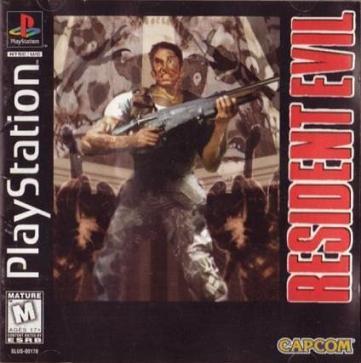 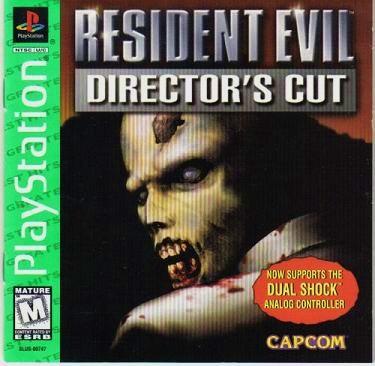 Zombies are created by an evil chemical company and run rampant in a spooky, fog filled city. That's the premise of the original game, released for the first PlayStation in 1996. Who would have thought that all these years later, this undead frag fest would still be going strong. There have been several games released in the series so far each with it's own hero (or set of heroes, the favorite so far being the sexy Jill Valentine), is usually set in Racoon City and revolves around said heroes taking down hordes of zombies which are created by the evil Umbrella Corperation. I'm not a fan of this series myself, mostly do to the wacky control scheme (how am I supposed to play the game if the controls are in reverse?!), but it has apparently done well since it now has five titles in the main story line and also a chain of movies (currently four in all). There are also comic books, novelizations, action figures and tons of other collectibles. Looks like Resident Evil won't be driven into an early grave any time soon. 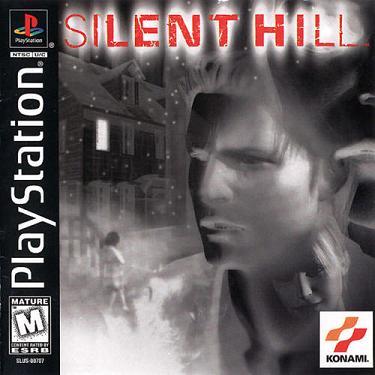 A Father would do anything to protect his daughter and this is proof...witha vengeance. Harry Mason and his adopted daughter Cheryl go for a road trip on a vacation they will never forget. A mysterious event causes Harry to lose control of his car. He crashes and is knocked unconsience, and when he comes to he discovers that Cheryl is missing. Upon exploring his surroundings, Harry finds himself in the dreary (and creepy) little town of Silent Hill which seems curiously empty and very foggy. Harry must solve the mystery of Silent Hill and save Cheryl from a swarm of (what a surprise) zombies. With seven installments in the main series, and an eighth on the way, plus various collectibles and even a movie, Silent Hill has struck a chorde with horror fans along the same lines as Resident Evil. Go zombies! 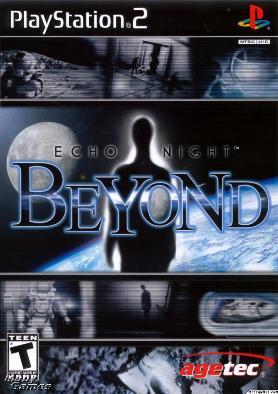 At first glance this may not look like a Halloween type game (heck, it's not even retro yet)...but look again. This sci fi type ghost story stars a young man (you) who has lost his blushing bride-to-be after a crash landing on the moon (yes, you read that correctly) after the, now botched, first lunar marriage. Their ship crashes into the side of an abandoned space station who's long dead inhabitants don't seem to be forgotten. Echo Night Beyond is a first person explorer in which you play as our would be groom and must solve the mystery behind what happened aboard the space station and find your bride. This game is unusual for a first person as you have no weapons to defend yourself with, only your space suit and your wits. It's also the third game in a series but for some reason, it's also the only game out of the sereis that has reached American shores. Go figure. 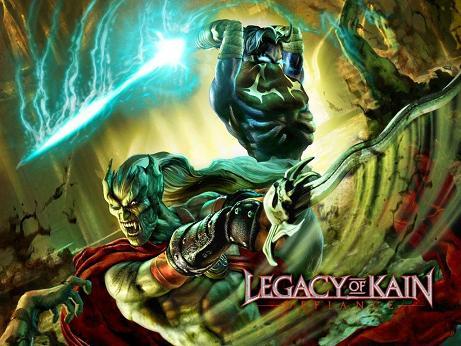 A game in the same vein as The Texas Chainsaw Massacre, you play as one of two main characters, Kain (a vampire) and Raziel (a soul devouring creature of the spectral world) in a story so epic that spans five games. The details of the plot are to long and complicated to explain here but the feeling one gets when playing as a blood and/or soul sucking creature of the night is quite exhilerating, in an undead kind of way. The only problem that fans of the series (including yours truly) had was the sort of wacky order that the games were released in. The corect order is: Blood Omen: Legacy of Kain, Blood Omen 2, Legacy of Kain: Soul Reaver, Soul Reaver 2 and Legacy of Kain: Defiance. Reap the life force from those puney human sheep! Fey Victous! 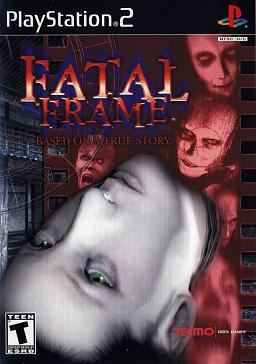 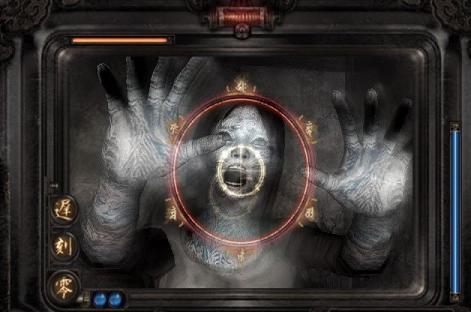 Welcome to Himuro Mansion, where your worst fears are realised. Fatal Frame stars a young (and really cute) lady named Miku Hinasaki who has foolishly crossed the thresh hold of Himuro in search of her older brother Mafuyu who disappeared inside it's haunted walls several years before. You rely on only one tool, the Camera Obscura, to help you in your blood chilling quest. (The camera can capture the essence of a ghost by simply taking their picture). As a ghost hunting enthusiast, this is my favorite survival horror game so naturally it gets the #1 spot on my list. You can check out any time you like, but you can never leave.

I hope you enjoyed my Halloween video game list. They're not just cool and spooky, they're also retro (at least for the most part). Hopefully there will be two more parts coming so keep your eyes peeled for part 2. Hope to see you there.
14
Login To Vote!
More Articles From Nightwatcher

15
Quote O' Matic
Ash: "Team Rocket. What are they up to this time?"
Added By: agod
Pokemon
Related Articles 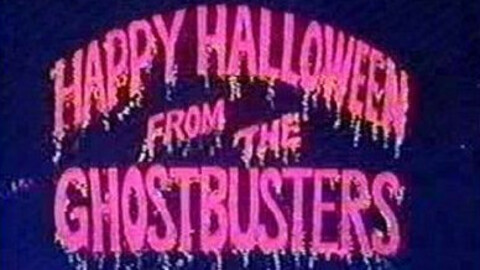