An underrated, yet brilliant Christmas special.
By drooks
On 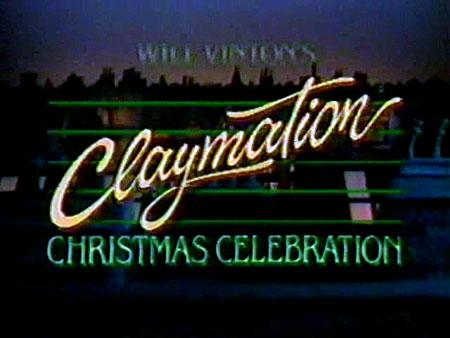 Will Vinton's A Claymation Christmas Celebration is possibly my favorite Christmas special of all time. Sure I love Frosty, Rudolph, The Grinch, and the host of others as well, but A Claymation Christmas Celebration is so clever, so funny, so original that it edges out the others in my must watch Christmas special list. This little holiday gem goes largely unnoticed during the Christmas season for reasons unknown. This CBS Christmas special, which originally aired in 1987, featured a collection of several claymation (which uses stop motion, which is a painstakingly long production process) vignettes which were accompanied by Christmas carols. Between each carol were cut scenes of the hosts Rex and Herb (a T-rex, and a Triceratops) standing in a festively decorated town square bantering back and forth on the meaning of the carols, Christmas, and the correct lyrics to the song "Here We Come A-Wassailing". 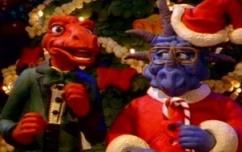 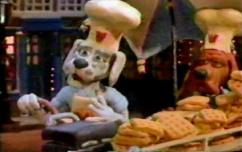 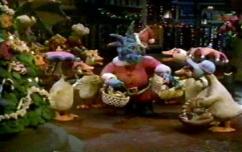 The argument over the correct lyrics to "Here We Come A-Wassailing" is a running gag throughout the cut scenes. Rex adamantly argues the lyrics to be "Wassailing" while several companies of characters roam throughout the scenes singing different lyrics such as "Waffling" (which happens to be a band of dogs selling waffles), "Waddling" (a gaggle of geese roaming about), and "Wallowing" (a cart full of pigs chowing down on an assortment of fruit). While Rex champions the correct lyrics, Herb indulges in whatever snacks the misinformed carolers bring along, which irritates Rex. All of the confusion and hubbub are merely fillers for the carols themselves, which is the crux of the whole special. Here is a quick breakdown of each vignette:

We Three Kings: While it starts off somber and slow with the three kings singing "We thee kings of Orient are", as the hymn usually is performed, it is quickly given some soul by a group of camels who promptly spice up the chorus of "Star of wonder Star of night" with an R&B/Rockabilly style arrangement. For some reason the camels crack me up every time I watch this one.
Carol Of The Bells: By far my favorite vignette featured in the TV special, this carol depicts a choir of bells with faces and arms that strike themselves to the tune of what else..."Carol Of The Bells". The choir is directed by none other than Maestro Quasimodo, which elicits several puns from the narrators. The premise of this animation revolves around the prestigious Paris Bell Harmonic choir whose performance at the Notre Dame Cathedral is threatened by one bumbling member. Watch the facial expressions of awkward bell as he struggles to keep focus. My favorite line: "I lost mine"...hilarious!!!!!

O Christmas Tree: Although this particular part of the Christmas special is my least favorite, it's still really good. As a brother and sister sit in a living room decorating their Christmas tree the camera zooms into one of the ornaments to reveal a living scene in which the inhabitants are decorating a Christmas tree, and so on and so forth. The process repeats until the original scene is resumed. It's really a very calming, and festive little piece.

Angels We Have Heard On High: There's something about penguins that are just hilarious. Make the penguins out of clay and you've got instant comedy genius...well maybe not genius but it's really funny. The tune "Angels We Have Heard On High" plays as two Walrus' ice skate, and cause mayhem for some unsuspecting penguin by-standards. The music reminds me for some reason of the music from the Banjo-Kazooie level Freezeezy Peak. Anyway, one look at the penguins and it's a guaranteed laugh.

Joy To The World: This is the most serious part of the whole special. If you're a religious person you'll find the message rather sentimental. Even if you're not religious, you'll still find the artistic portrayal of the song very creative. Either way, there's not much comedy to this one, but it's really well done in it's attempt to focus Christmas on the religious meaning behind it.

Rudolph The Red-Nosed Reindeer: The California Raisins are 80's and early 90's icons (remember their Saturday morning cartoon show). So their cameo in A Claymation Christmas Special only added to the already legendary status of Will Vinton's claymation masterpiece. The fruit version of The Temptations lays down a Motown version of Rudolph The Red-Nosed Reindeer, which offers several comical moments as the Raisins make one of their own to be Rudolph for comedy relief. It's a very charming little rendition of the song which is supported by a memorable performance by the California Raisins.

Here We Come A-Wassailing: The finale of the special see's Rex, who has failed in his attempts to convince people that the correct words are "Wassailing" not Waffling, Waddling, or Wallowing, vindicated by a group of townsfolk caroling the song with the correct lyric "wassailing" while indulging in cider. This culminates in the entire cast from all the songs and cut scenes gathered in the town square collectively singing the correct version of the song followed by "We Wish You A Merry Christmas" and the rolling credits. Ahhhh a perfect end to my favorite Christmas special of all time.


Luckily after years of pinning for this beloved Christmas special I found it on DVD from amazon.com and quickly snagged a copy for myself. Needless to say it is a tradition for my family to watch this heartwarming collection of carols. If you haven't seen this Christmas special it is available on youtube, so kick back, relax, and be prepared to laugh at this all time Christmas classic. 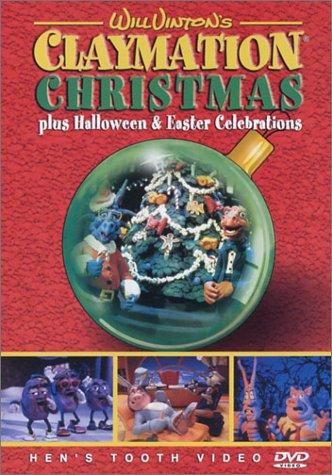 A CBS Promo With 3 Christmas Programs