A belated RIP to Nintendo Power

A long overdue goodybe to my favorite childhood periodical.
By Nickstalgia
On
First off, I realize this is coming VERY late, as the last issue of Nintendo Power was released just over a year ago. But, having the heavy amount of work that comes from a full time career and a growing family, now is the time where things have settled down in my life enough to start penning out some of my nostalgic thoughts.

That said, I’d like to look back with this loving tribute to an awesome part of my childhood, Nintendo Power. What was Nintendo Power? Well, before there was the internet and millions of gaming sites, forums, and YouTube guides, Nintendo Power was a magazine that would arrive each month packed full of the latest tips, tricks, maps, and sneak previews of upcoming games. In the time before the internet, this was a gamer’s best friend.

The first time I ever saw Nintendo Power, I must’ve been in the 3rd grade. I remember sitting on the playground and having a friend take this incredible looking thing out of his backpack. That thing, was the first issue of Nintendo Power. 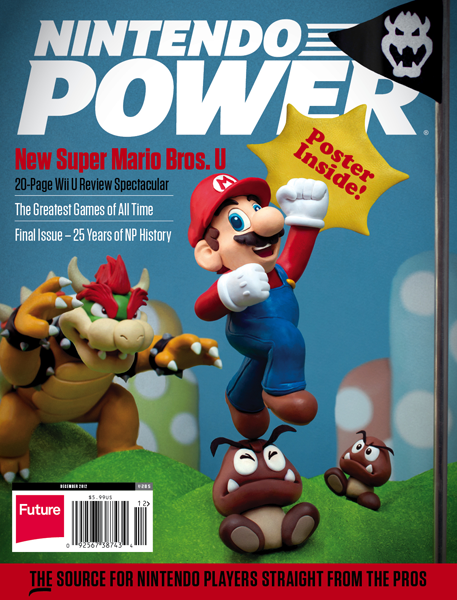 Look at that crappy 80s claymation!! They didn’t even get Mario’s colors right! Everybody knew at the time Mario wore red overalls with a red shirt underneath! But that didn’t matter! It was a magazine talking about Super Mario Brothers 2! And not only that, there were other articles in there, like the trick on how to skip to the second quest of Zelda (naming your character Zelda) and the Contra code that would get you 30 lives, and I think most of us 80s kids know THAT famous code. This rocked my fucking world!

It was colorful, it talked about one of the most important things in the world to most boys at the time (video games), and even if the games totally blew, sometimes looking at the maps of their stages, or reading profiles of the characters was really entertaining.

There was a section in there where the pros would answer your questions, readers who would share their high scores, and not to mention the maps. Man, the maps were awesome! I could spend hours looking and studying maps of Castlevania, Mario, or Metroid. Math? Social Studies? Fuck that! I wanted to find out where I could get the Wave Beam. Defeating Mother Brain? Far more important than knowing what the hell Millard Filmore accomplished. There were reviews on games, and even as a kid, this helped me get wise to euphemistic language that reviewers would use to mask the fact that a game sucked the big one! Again, before the internet, one could easily have a weekend destroyed by going to the video store, seeing a cool box, and then getting a game home and realizing how shitty it is. Thank you, Nintendo Power, for reviews and rankings that kept me from making a weekend ruining mistake.

Also worth mentioning was how this magazine gave me some real clout on the playground. I’d be out on the monkey bars talking, a friend might be saying something about how he’s getting his ass kicked at Castlevania III, and I could tell him that entering HELP ME at the start screen would get you 10 lives. Getting your ass beat when you play Double Dragon? Hmmmph. I read in Nintendo Power an easier way to play the game! Just listen to the wise Council of Mullets! (Yes, at the time I’ll admit, I thought these guys ruled.)

They even mentioned huge things like when the Super Mario Bros movie came out (and yes, it sucked, I’ll get to that one someday!) and knowing about things like that really raised my cool factor at the time.
This magazine had some awesome covers! Even if a game sucked, the cover art alone could really get me pumped up to at least try it. I think a lot of people my age remember this one: 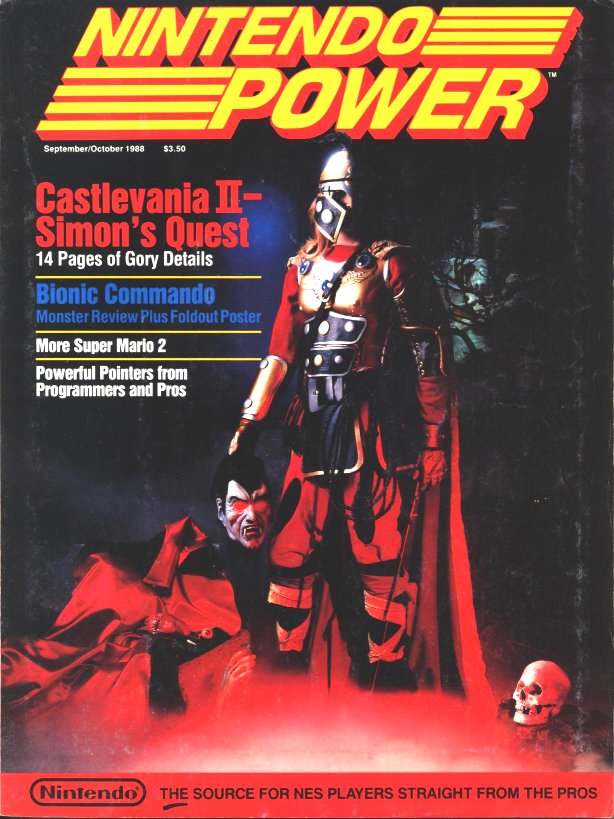 Yep! That’s right! A magazine aimed at kids featured a man on it who had just decapitated Dracula, and was holding his SEVERED HEAD in his hands! I thought that was awesome. Can you imagine this being published today? Nintendo would have lawsuits up the ass with parents being pissed about this. Like I said, they were all pretty awesome. 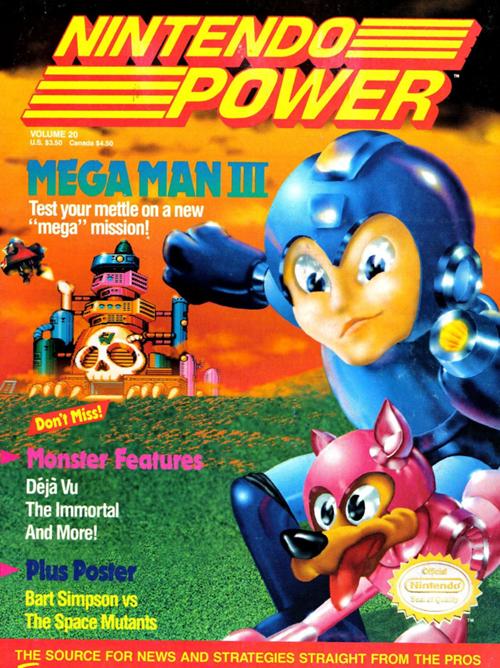 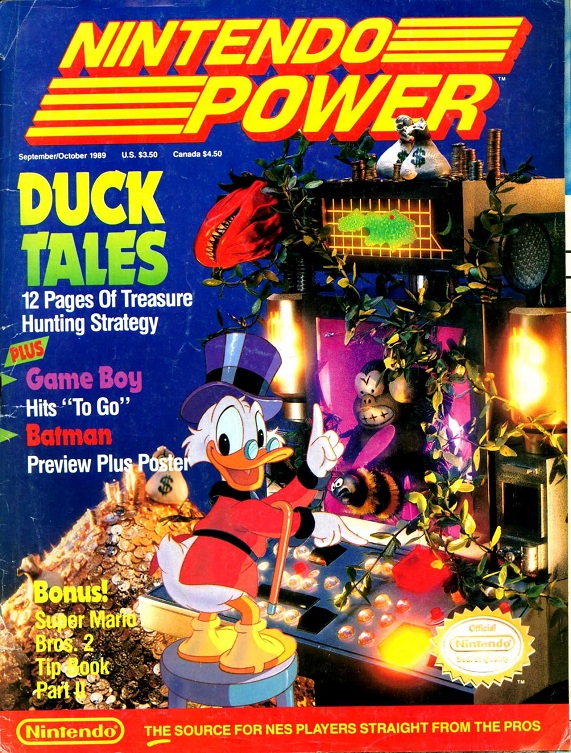 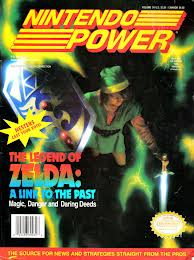 I really like how the magazine evolved over the years. They still kept the best things, like the maps, the Top 30, and the awesome Classified Information section, but then they started adding comics. 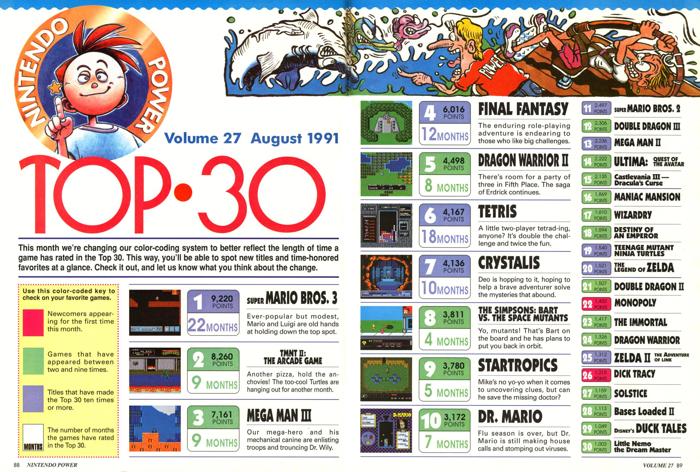 I don't think Mario 3 on the NEW was ever dethroned!

Howard and Nester were the earliest, and often would give subtle tips about a popular game at the time. Then they added Zelda comics, Mario comics, Metroid comics, and Star Fox comics. All of them were awesome, and I’d look forward to each issue just to find out what happens next. Later they added trading cards, which were kind of lame, but they also offered cool contests where you could win things like real arcade machines, the phone booth from Bill and Ted, and even a cameo in The Mask 2, hilarious because that movie never saw the light of day once Jim Carrey dropped out.My all time favorite section, which got added around 1995 and ran until about 1997 was RPG Center. It was how I found out about such classic titles as Chrono Trigger, EarthBound, Secret of Mana, and even the Super Mario RPG.

There was also a poster in each issue, and I remember the walls of my room being plastered in these. A few of my favorites over the years, that I would love to find again for a future “man cave” one of these days. 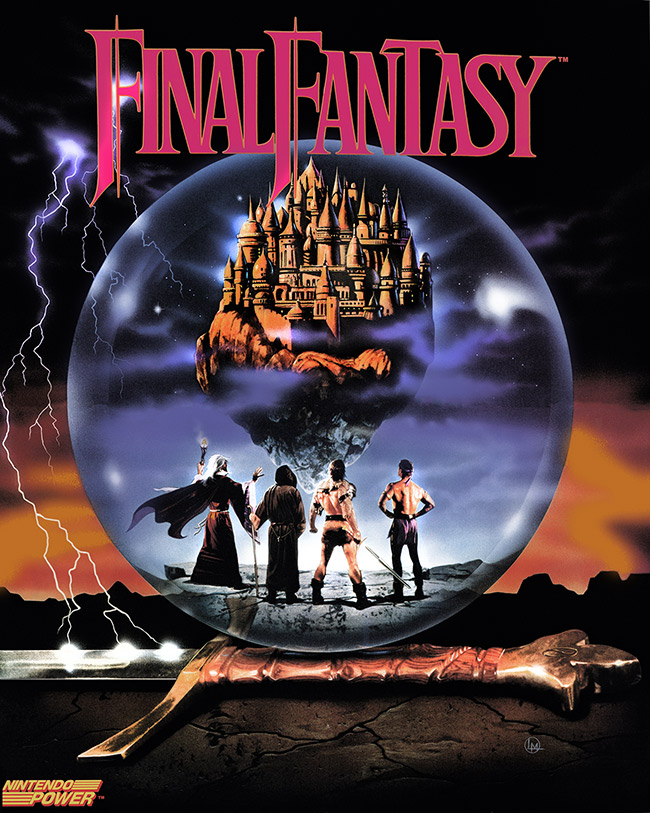 As you can probably guess, I worshipped this magazine, and used to look forward to each new issue that was coming out. Like many things that are held sacred to us as kids, eventually we grow up and take on other interests. While I’ve always maintained a love of video games, once I started college, Nintendo Power kind of fell off my radar, and I too was as guilty as the next person for taking the easy way out and going to the internet whenever I was in a bind. Plus, with the advent of games becoming 3D, side scorllers were becoming a thing of the past, and printed maps were no longer easy to make in a magazine.

It wasn’t until Christmas of 2012 when I found out, via the internet ironically, that Nintendo Power was going to cease publication after a nearly 25 year run. I was saddened to find out that something I used to read like some people read the bible felt like a piece of my childhood had died. I had to hit several stores, but I was finally fortunate enough to land a copy of the final issue. And they did it right! Not only did the cover bring a 25 year history full circle, but it was packed with a great retrospective of the magazine. If you can get a copy, I highly suggest picking it up.

They went through and ranked the top 300 games in their storied history. They did a year by year breakdown of the magazine, writing about how it evolved, and what was being covered at the time, even apologizing for the winner of the aforementioned Mask 2 contest. And the last page was the final Howard and Nester comic, with an older Nester talking to his son about how he’ll miss Nintendo Power, leaving his room, and flicking off the light. Having a son of my own who was just a few months old at the time really hit home. It was as though this magazine had grown up with me, but it was now time to look towards the future, while still having the ability to look at great things of the past.

Like video stores, CDs, and probably movie theaters someday, the internet had taken another victim. And while I do know there is a lot of good that comes with the ability to share information, or hell even write nostalgic articles like yours truly, there are certain pieces of the past quickly being buried in a sea of websites. So thank you, Nintendo Power, for being a great geek read in my formative years. You will be missed!
19
Login To Vote!
More Articles From Nickstalgia 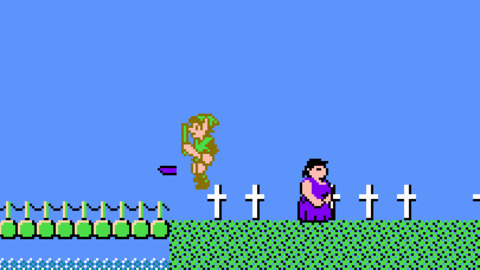