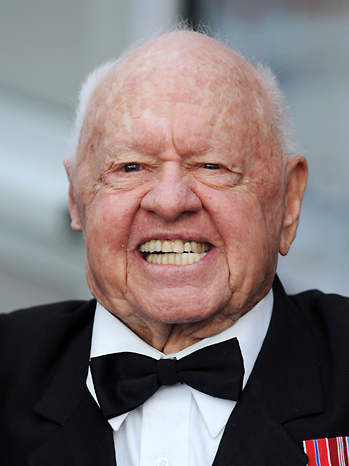 Unless you've been living under a rock, you may have heard of Hollywood legend Mickey Rooney. He was one of the last survivors of actors and actresses who worked during the silent era of Hollywood. Well this month, he died peacefully in his sleep at the age of 93. He truly was a legend, and it shows. He's had a great and long lasting career, and he has lived a very long life. His last two appearances were in 2006's Night at the Museum and 2011's The Muppets. Sadly, Rooney had been ailing for a few years. But, not a lot of people would have known that, seeing that he hadn't been in the limelight for a long time.

However, he's also know for doing a lot of other projects in his later years, including the holiday specials done by Rankin/Bass, and a few voiceover roles in certain Disney movies too. In this article, I will be chronicling some of his most iconic roles in Hollywood, and of course some of the voice work he did in the Rankin/Bass specials and the occasional Disney movie and/or a few lesser known animated movies as well. 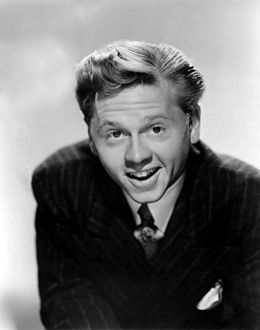 Perhaps some of his most well known roles have him co-starring with actress Judy Garland (who would later play the iconic role of Dorothy in The Wizard of Oz in 1939). A lot of people know him for playing the role of a character called Andy Hardy, who appeared in a wildly popular MGM film series that ran from 1937-1946. The first film in that series called A Family Affair, and the final film released in the series was Love Laughs at Andy Rooney, which featured Judy Garland. A revival of this character was attempted in 1958, Andy Hardy Comes Home, but wasn't very well received. Unfortunately, I have never seen any of the Andy Hardy movies, but I will need to see them, since they represent a time when Hollywood wasn't all about explosions by Michael Bay, or the pop-culture garbage from DreamWorks Animation. And the fact Ms. Garland is in those movies also makes it worthwhile. By the way, I forgot to mention, there were actually three Andy Hardy movies both Garland and Rooney starred in together.

I have a feeling these movies play a huge part in John Hughes' career. The filmography of that late writer/director, including such films as Ferris Bueller's Day Off, Weird Science, and The Breakfast Club pretty much have that same Andy Hardy influence to them, but this is just a theory since I haven't seen any of the Andy Hardy movies, and the only John Hughes movie I've seen to date is Ferris Bueller's Day Off.

Yes, the Andy Hardy movies were indeed classics, but in my opinion, his voice work is almost as good as his acting abilities, some examples are the two times he played ol' St. Nick himself in Santa Claus is Comin' To Town and A Year Without a Santa Claus respectively. 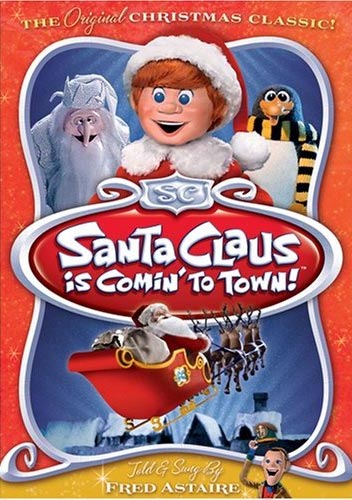 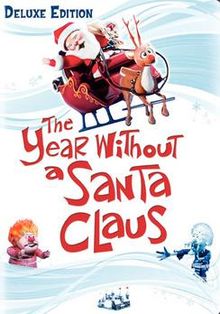 These two specials are the stuff that actually introduced me to Mickey Rooney's name. In Santa Claus is Comin' to Town, Rooney lent his normal voice to a young Kris Kringle, and later on in the special, he uses an impression of an elderly man for the role of who we now know as Santa Claus. He would later use that elderly voice in The Year Without A Santa Claus. The best part about these two specials is that they keep on running on what is now ABC Family almost every single year. I have no idea how he was able to pull of the voice of an elderly man since he was in his 50's at the time these two holiday staples were made, but believe me, he pulled it off very well while voicing Santa Claus.
The best part about these special in my opinion? Rooney's voice as Santa Claus will live on forever in these two Christmas classics. However, there is one movie I'd like to mention he was in, and it's probably the only Disney movie to date, correct me if I'm wrong. That movie? The Fox and the Hound, of course! 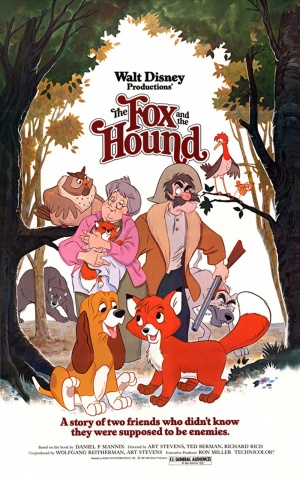 This movie, released in 1981, features Rooney as a fox named Tod in his adult years. You may remember that in the beginning of the movie as a baby fox, he befriends a puppy named Copper. however as they become fully grown, they become divided as the older Copper (voiced by Kurt Russell) becomes a hunting dog. The best part about this film is the end where (SPOILER ALERT after a climactic battle between Tod and a black bear, we are shown that Tod and Copper remain friends.

An honorable mention in his voice work is being the narrator of the English dub of a German animated movie called The Magic Voyage, a Disney knockoff telling a fictionalized version of Christopher Columbus discovering America, but I digress. The Fox and the Hound is a fantastic movie, and is a Disney movie you just can't miss, mainly because of Rooney's only involvement with Disney to date. 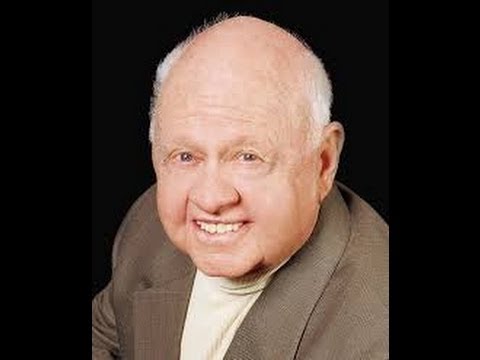 So there you have it, some highlights of Mickey Rooney's career that I fondly remember growing up. I will begin my memoir the way I ended it, by telling you once again that he had an incredible career that spanned 9 decades, and did I mention he was in his first movie at age 3? That's remarkable for his age, and it set the stage for future child actors. Rooney is in god's arms now, and the memories he has given us through his movies, TV shows and appearances, and of course voicing Santa Claus in those Rankin/Bass specials, the stuff Rooney was in will live on forever with a new generation of movie buffs.

Mickey Rooney meant the world to Hollywood, and in many ways, meant Hollywood to the world. He was truly unforgettable, and will be sorely missed.
7
Login To Vote!
More Articles From MattNor91

47
NostalgicJester
Memory is a funny thing.
5 movies that we loved as kids and how they stack up now that we're all grown up.
An unhandled error has occurred. Reload Dismiss