The Rise, Fall, and Slow Return of Shoney's

A story of how one restaurant chain faded into obscurity, and is slowly coming back.
By MattNor91
On

Shoney's... You might not have heard of that name before, but if you live anywhere in the South, then you may have fond memories of this family-style restaurant chain. The restaurant had everything that represents the Southern United States, fried chicken, country-fried steak, meatloaf, pot roast, mashed-potatoes... mmmmmm, mmmmmm! I'm sure you're getting hungry just thinking about it. The chain was founded by Alex Schoenbaum in 1947 as a franchise operator of the Big Boy hamburger chain, and would later start up a sister restaurant specializing in seafood... Captain D's. During its heyday in the 80's and 90's, Shoney's enjoyed enormous success, and had over 1,300 locations in 34 states across the country. Today however, there are only 282 operating in 17 states. I don't actually remember the chain very much, but I do remember going to one Shoney's restaurant that was located in the town of High Point, North Carolina. I also remember the iconic logo around every corner where I lived. I even remember a Shoney's Inn hotel that operated in Greensboro (that hotel has since been a Best Western) I asked my parents about this particular location once, and they told me that the restaurant had a really bad fire. Enough with that though, let's focus on the restaurant's heyday as an independent chain. 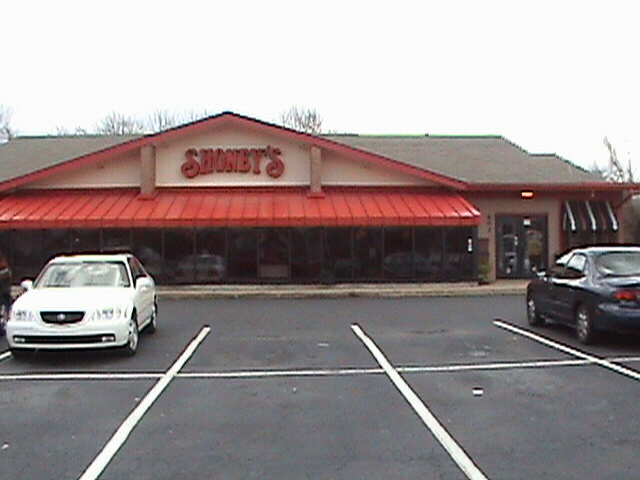 This Shoney's restaurant is the chain's last remaining location in the Greensboro, NC area.

As I stated before, the Shoney's chain's heyday was in the 80's and 90's, with locations in over 34 states. In other words, they were kind of like the McDonald's of buffet-style restaurants. They were everywhere, so you could count on getting some homestyle southern cooking just around your corner. As I stated in my introduction, there was a location in the city I grew up in as a kid, High Point, North Carolina. Again, I didn't remember much about the restaurant, but I do remember eating at this location. My parents also told be about the awful fire that destroyed it.

The restaurant has been (and still is) very well-known for a lot of southern comfort food items. One of the most popular items on the menu is their country-fried steak, served with white gravy on top. This is still a southern favorite, especially at Shoney's, and it's still being served by the chain today. Now, let's move on to the hotel chain that once used the Shoney's name, Shoney's Inn & Suites. 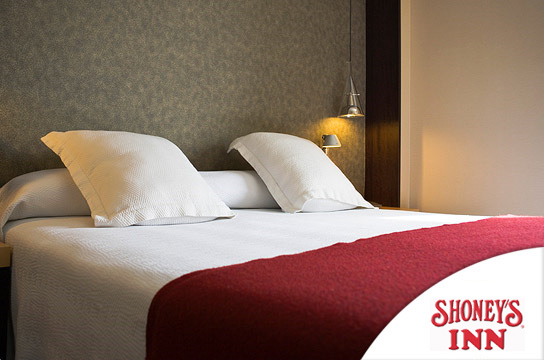 Now, I know what you're thinking, "What? A restaurant operator running a hotel chain? Are you kidding me?" No, I'm not kidding you, Shoney's actually founded and ran a hotel chain. In fact, the one hotel I remember my parents passing by was on Wendover Ave. in Greensboro. That location has since become a Best Western, and I have no idea what has happened to that hotel since. Now before I move on, I'd like to point out that in the 1990's, Shoney's sold the hotel chain to a group of private equity firms, but allowed the new owners of the chain to keep the Shoney's name under license. Sadly, the Shoney's Inn chain no-longer exists, largely due to not only legal battles regarding the name of a restaurant brand being used for a hotel chain, but also the restaurant operator's own financial problems. 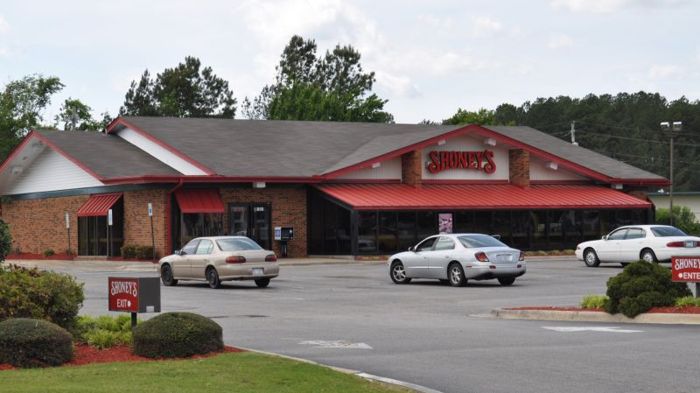 Now the 2000's had to be a huge blow for Shoney's. As I mentioned before, they were having serious financial problems, they had to be delisted from the New York Stock Exchange, and they also had to close a number of Shoney's and Captain D's restaurants across the country. What seemed to be the final blow was when they filed for Chapter 11 bankruptcy. But luckily, they were bailed out by a group of private equity firms in 2002. They didn't really do much to the chain, except spin off Captain D's into its own seperate company, which remains also a privately-held chain owned by private equity firms. In 2007, a glimmer of hope came to the chain when Lone Star Steakhouse founder David Davoudpour bought it from the group of private firms that had owned it before. 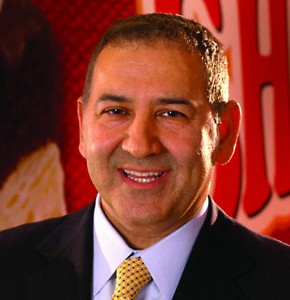 David Davourpour, the founder of Lone Star Steakhouse, who bought Shoney's in 2007.

Davourpour says that he bought Shoney's for one reason, he grew up with the chain, and he believes it's an American icon that deserves to be popular with customers again. You can definitely tell how much optimism and enthusiasm he has for such a chain, and you can tell he didn't do it just for a business transaction, he does this because you can tell this is a brand he grew up with. According to him, when Shoney's started out, they had nothing but fresh ingredients in their menu and buffet items, but as years passed, the quality began to decline, and they were serving nothing but frozen food. Davoudpour's mission is to have all of his restaurants use and serve fresh food, because that's what made Shoney's so popular in the 1980's and 1990's. 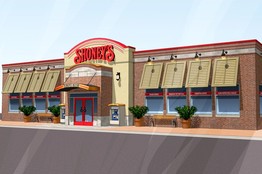 Well, that's basically it. Hopefully, we'll see this American classic return to its former glory. I love this restaurant, and I go to their breakfast buffet anytime I can. It's a great chain, and I'm very excited to see if David Davoudpour's ambitious plan to let Shoney's make a comeback are successful.
26
Login To Vote!
More Articles From MattNor91

14
Quote O' Matic
Louis Winthorpe: "I had the most absurd nightmare. I was poor and no one liked me. I lost my job, I lost my house, Penelope hated me and it was all because of this terrible, awful Negro."
Trading Places