Christopher Columbus meets a woodworm. Huh?
By Nails105
On 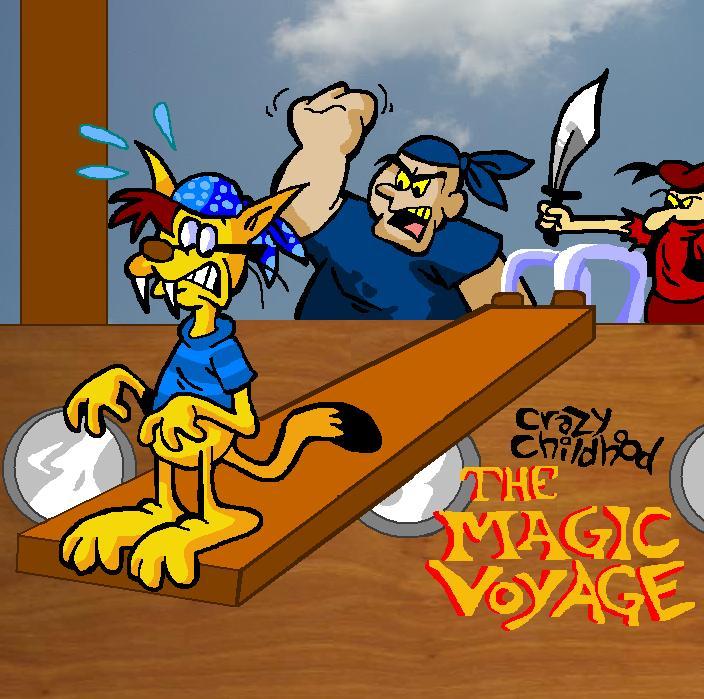 and
Mickey Rooney
as the Narrator 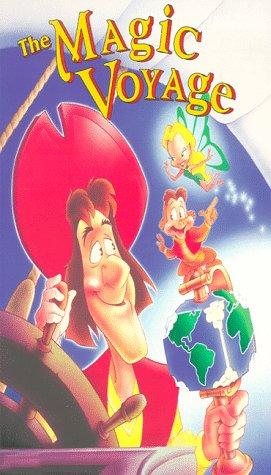 Discovering America has never been so much fun!


Y'know, 1992 was a year of real importance in history. That particular year was the 500th anniversary of Christopher Columbus's voyage to America. Because of this, 4, count-em, FOUR films were made that told their own version of how Columbus went on that memorable voyage. One of these films will be the subject of my review today. The Magic Voyage is a German animated film that told the story a'la Disney formula, with songs, comedy relief, and romance. 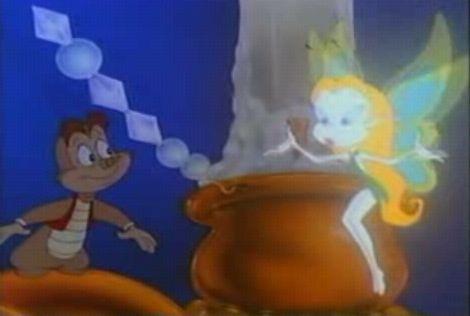 "Excuse me, Pico. Could you direct me to Neverland? I'm having a family reunion with my sister Tink--ah, you know."

The film was originally known as Die Abenteuer von Pico und Columbus in it's original homeland Germany. Two years later, the now-defunct Hemdale Film Corporation bought the rights to the film and made their own English dub under the title..well, you know. Ever since then, it's been an obscure title that belongs mostly in garage sales and video stores that still sell VHS tapes (It's true! I've seen these video stores before!). 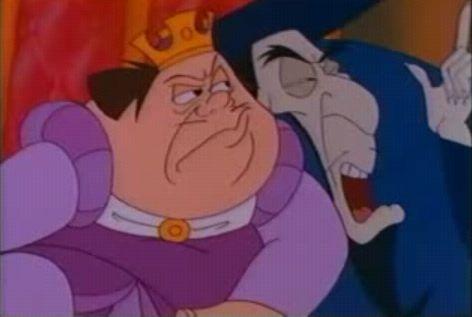 To be honest, it's not a truly horrible film. There's a whiff of showmanship here and there, mostly in the animation department (the director of Oliver And Company and one of the directors of We're Back! A Dinosaur's Story worked on this film). The rest of the film, however, pratically sinks to the bottom of the sea like the Titanic. 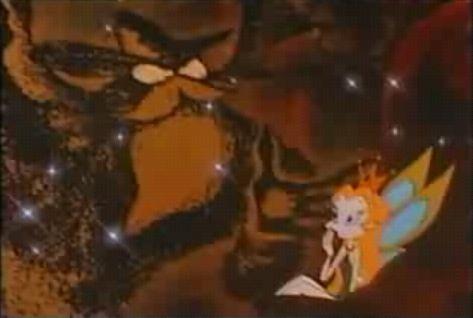 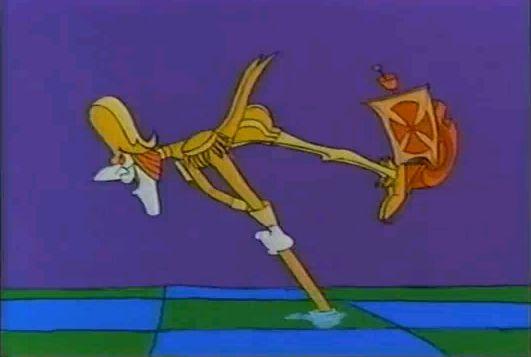 In a time when people though that the world, one Christopher Columbus (DeLuise) tries to tell everyone that the world is actually...square! Yeah.

Just then, a cute woodworm named Pico (Feldman) tells Columbus that the world is actually round. So Pico and Columbus are out to discover America. While Columbus heads to America to recieve fame and fortune, Pico wants to go to you-know-where to save a slight Tinkerbel rip-off named Marilyn (Cara) from the evil Swarm Lord (Haggerty).

I am NOT making this up.


WHAT'S GOOD ABOUT IT?
The animation ranges from top-notch theatrical quality to something that you would see on a Saturday Morning cartoon. Understandably, obscure cartoons have that kind of quality, but there's one scene in the movie when the king jumps up to grab something from Columbus's hands like he was floating on the moon!

The voice work does an OK job. Haggerty was good as both the king of Spain, acting like Yosemite Sam (yelling all the time) and the Swarm Lord, with an authentic evil voice. DeLuise is funny trying to pull off the italian accent as Chris Columbus, though it's kinda hard to hear what he's saying. 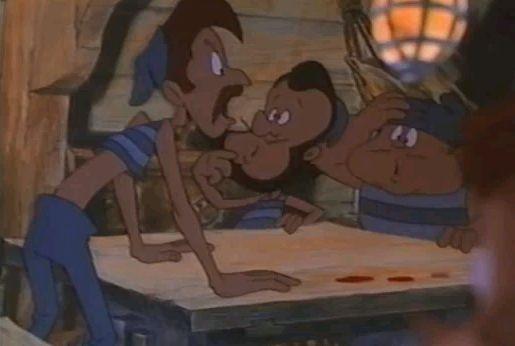 "I told you we've should've signed up on Ridley Scott's Chris Columbus film!"

The English dub is excruciating. Half of it sounds like it was ad-libbed. The supporting characters who actually have something IMPORTANT to say is usually hard to hear because a main character (e.g. Pico or Columbus) are saying crap that has nothing to do with anything!

There's also some dialogue that just seems tacked on. For example, a group of rats who acompany Pico on his quest to save Marilyn are climbing up some stairs and have to climb up on top of each other. As they try to keep balance, one of the rats says:

"That's funny...I don't recall trying out for the circus!"

Why did he have to say that? In the movie, his lips never move as he says it, so it's obvious that it was never said in the German version. There's also another example when we see Pico have a dream sequence where he's with Marilyn. Though we never see anyone's lips move, Pico NEVER SHUTS UP!!! And I thought the Thief's dialogue in Arabian Knight was hard to take! 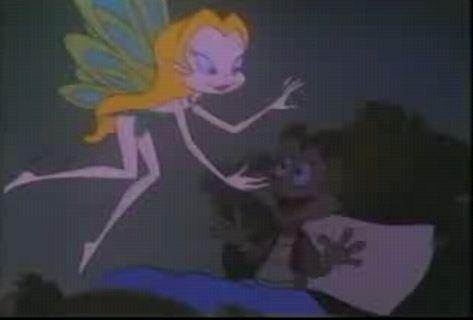 "I'm back from my reunion! Real disappointment. Just multiple airings of Return To Neverland. 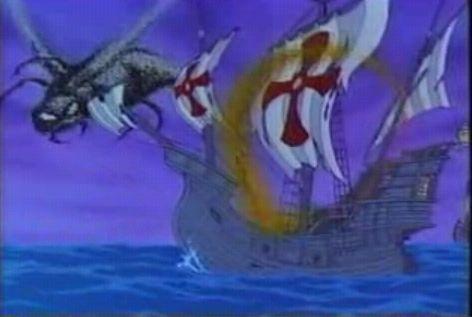 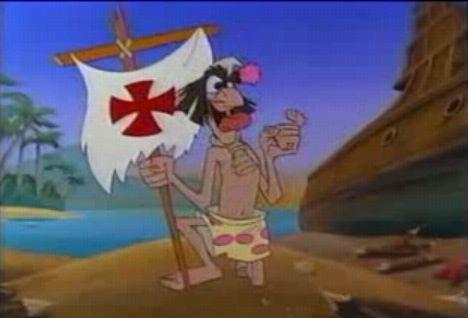 Looks like Columbus is ready to act in Cast Away. 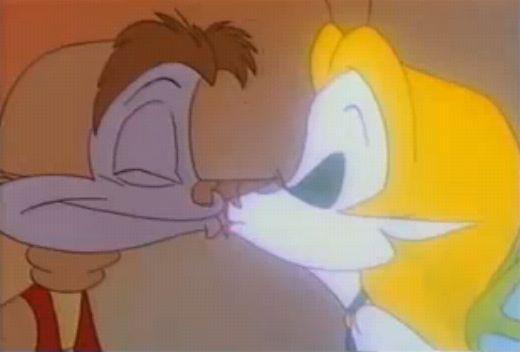 "Uhhh, Pico? Your nose is stuck in my nose!"

The Magic Voyage does show promise. It's well-animated, the voice-acting is all right, but the dialogue is just awful. If I had a chance to re-dub the film, I would cut out all the unnecessary bullcrap. Kids may like the film, though. Very little kids. 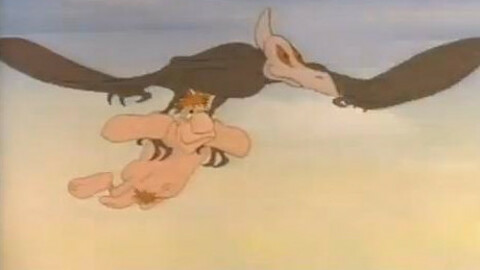 6
Nails105
Crazy Childhood: B.C. Rock
It's better left off in your memories. A sequel article to the review of THE MISSING LINK.
An unhandled error has occurred. Reload Dismiss