A cult classic! Can it pass the test?
By Nails105
On 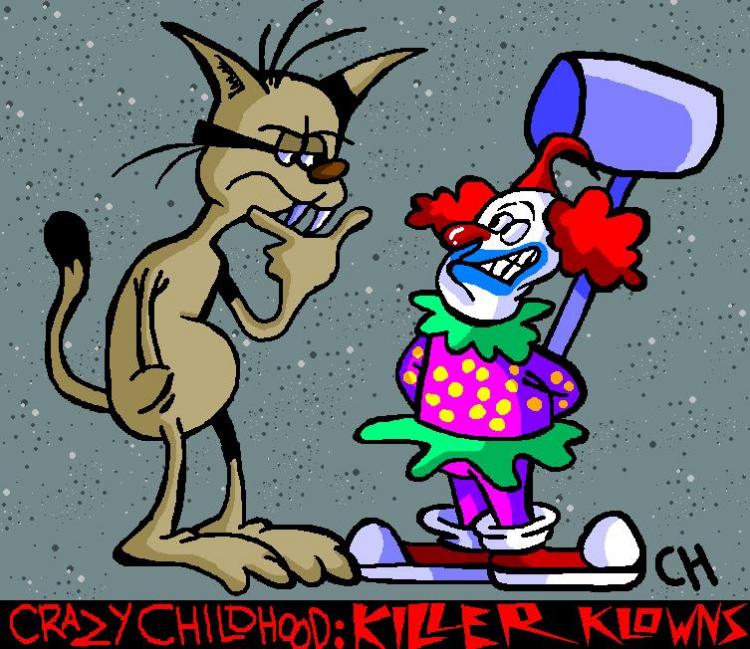 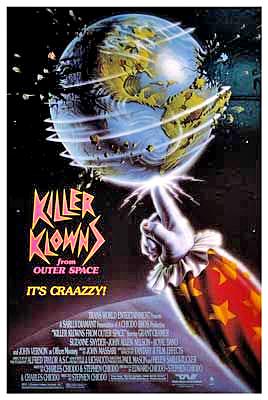 Why do nearly all people on Earth hate clowns? After all,
There were made to make us laugh, but mostly make us cry. What is the cause of this? Do they remind us of our creepy neighbours? Or does we just freak ourselves into thinking that they're actually monsters from another world?

Well, to me, I think we're all scared of clowns because we all happen to have watched this film. 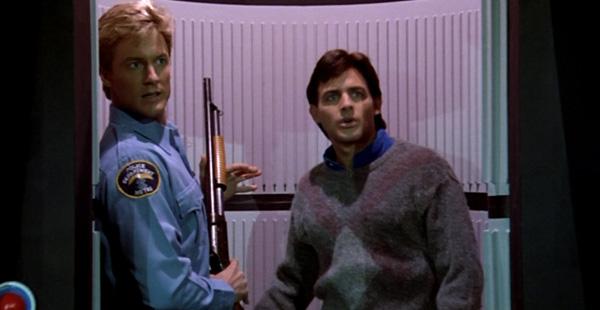 "It's Waldo's last day of hiding on Earth."

Along with Earth Girls Are Easy and Death Race 2000, Killer Klowns From Outer Space is one of those movies that has that certain title that draws you in. It certainly did with me. Another thing that draws you in would be the film's cult status.

Why did this film get a following? Well, how can you POSSIBLY turn down a film about aliens that make Pennywise the Clown look like Bozo? 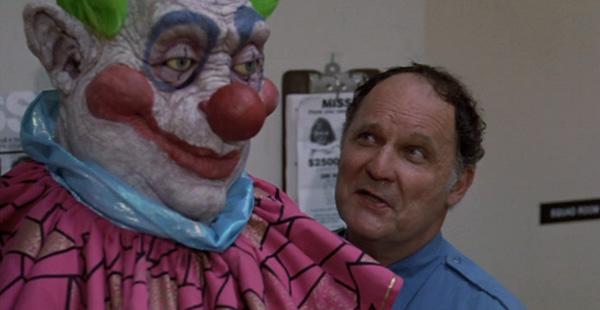 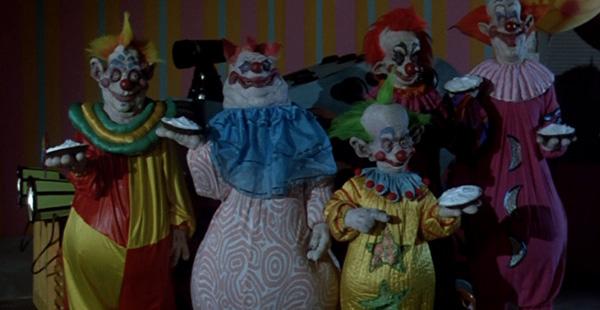 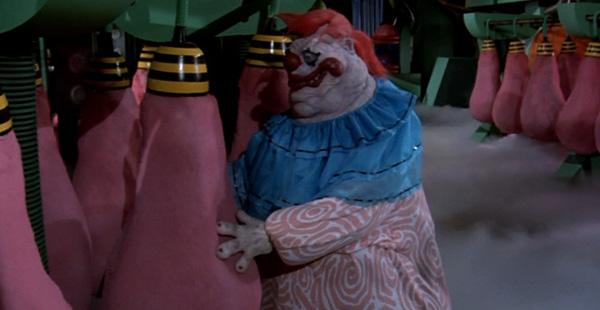 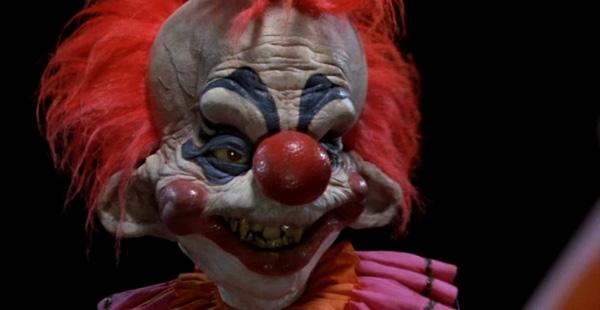 A race of alien clowns land on a small American town to spread havoc on the citizens.

Why is it that the aliens ALWAYS have to land in Bottomless Pit, Massachusetts? Why not Disneyland or Twight? THAT film could've used laser-zapping aliens.

Anyways, the clowns go around throwing deadly pies, release killer balloon animals, all that stuff. Who do we get to save the day? Why, a group of love-dovey teens riding around in a ice-cream truck!
OF COURSE! 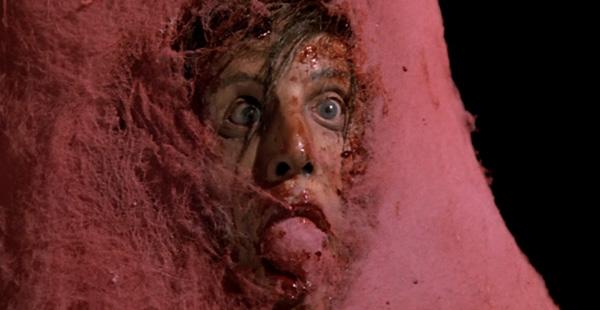 "Feels like I've made love with the Cotton Candy Glob." 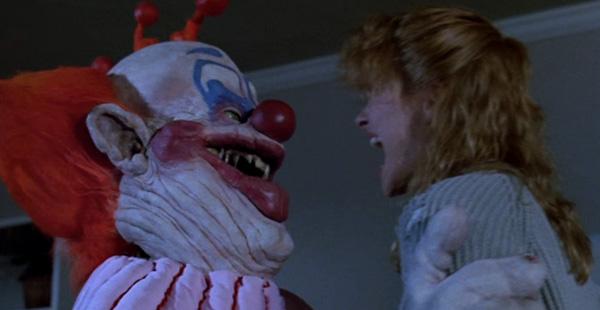 The clowns are really cool to look at. Despite the fact that the film budget was a mere $2 Million, the creators of this film obviously have creative minds and used the money wisely in any way we can. They all look like something that Pennywise would crap out...in a good way.

And to be honest, the film actually is scary at times, which is weird, considering that the film is more of a comedy spoofing a horror film.

There were two scenes that creeped me out. The first one is where one of the clowns stuffs his huge hand in the back of Vernon's head and uses him as a ventrioquist dummy. The clown then makes him say this to one of the main characters:


The other scene is when the main heroine finishes taking the longest shower in existence and throws her clothes into a clothes basket. She opens it up and then two little clown-snake things pop out of there and try to tie up the heroine. When those two creep-o's popped out of there, it made me jump out of my seat. I didn't know a comedy could do that. 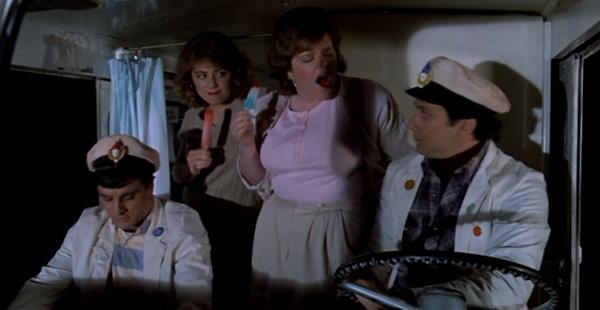 "You're out of ice cream, boys. Mind dropping us off at a Ben And Jerry's?


The pacing is kind of weak. It feels like it goes on forever, even though it only runs for 1 hour and 26 minutes.

Oh, and you never see what happens to the cotton candy-covered victims at the end, seeing how it's been said during the film the whole town was in the ailens' spaceship which just so happens to have EXPLODED IN MIDDAIR.

But aside from those two problems, there's not much else.

The film has been called a cult classic, and I believe it. It's fun at times, creative, and even scary most of the time. Some will probably hate it for the cheesiness, but the film is at least worth a look.