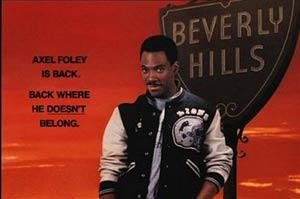 That crazy Axel Foley is back in Beverly Hills cracking cases and solving crimes. In this “Better than the first one” second installment. More action, better story and a really evolving Eddie Murphy, make this a perfect 80’s comedy. The Cast includes, Eddie Murphy, Judge Reinhold, John Ashton, Brigette Nielson and Dean Stockwell (aka: Al from Quantum Leap).
The story is far better than the first with many crack up lines and some star cameo appearances from, Gilbert Gottfried, Hugh Heffner, a young Chris Rock, and lots of very 80’s looking playboy bunnies. 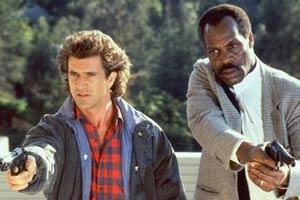 The Magic is Back! As the poster said back in 1989, Riggs and Murtaugh are back in another Lethal Weapon comedy. This odd couple is “Getting too old for this [email protected]#&”. Mel Gibson and Danny Glover star in this great sequel, the first of many. Also in the line-up is Joe Pesci, and to add to the fun let’s throw in a bunch of South African Diplomats with immunity, to commit crimes this crime duo’s area. As you and I both know, they will not stand for that. This is a great movie with lots of funny lines and heaps of good action as always. 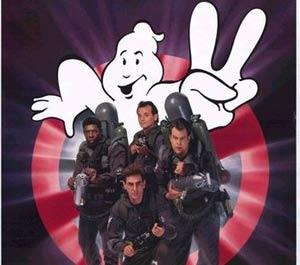 How can you go wrong with Bill Murray, Dan Aykroyd Harold Ramis, Rick Moranis, and Sigourney Weaver? An extremely underrated sequel, this “Better than the first one” flick, is truly a very funny movie. All the busters are back and funnier than ever. The story is based around a very old haunted painting. Vigo the Carpathian, an evil ruler from long past, comes back to inhabit the body of a child, who just happens to be the child of a Ghostbusters ex-girlfriend. Vigo coerces the help of a human subject, who is played by Peter MacNicol an actor more commonly known from Ally McBeal. So, with the help of a Jackie Wilson song, the Statue of Liberty and a bunch of ectoplasmic goo, the GB’s are able to thwart evil once again. 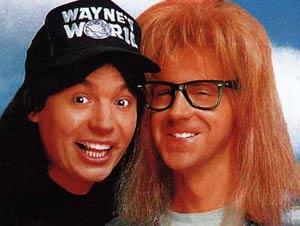 Next on the list, also my favorite on the list is Wayne’s World part 2. One of the many Saturday Night Live spin-offs, but the best of them in my opinion. Mike Myers, Dana Carvey, Christopher Walken, and a plethora of other famous actors and Cameos. This “Better than the first one” has so many classic lines and great Wayne/Garth moments. The premise of this one if you haven’t seen it, is Wayne is visited in a dream by the dead Door, Jim Morrison. And he tells Wayne to put on a rock concert in Aurora Illinois. Wayne calls it “Waynestock” and has these big plans of these great bands going to attend. But problems with his love life and rumors flying around that he is crazy add to this rich and funny plot. If you have not seen this recently I urge you to go rent it or buy it immediately. No regrets will be made, this is Mike Myers’ funniest movie, and yes, Garth “finally got pubes” but don’t tell anybody. There are cameos by Chris Farley, Aerosmith, Jay Leno, Charlton Heston, Heather Locklear, Kim Bassinger, Drew Barrymore and more. 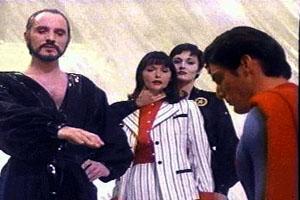 The Amount of times this movie was watched led to its eventual demise in my home. It, being destroyed by wear and tear, as many VHS tapes did. It had an unprecedented amount of viewings by me from age 3-10. Taped off the CBS Sunday night feature, this great movie had my attention for many years. Starring the real Superman, Christopher Reeve, Gene Hackman, Ned Beatty and a couple of Kryptonian Super-villians, played by Terrance Stamp, Sarah Douglas, and Jack O’Halloran. The Story Goes, large catastrophic event caused by Lex Luthor, and averted by Superman, releases the three Kryptonian goons from their flat, rhombus shaped prison. I’m not exactly sure what it was, all I know is, it’s really cool. At least it was 15 years ago. Anyhoo, they come to earth and have all the powers of Superman, and there are three of them, they were banished from Krypton in the first movie for being criminals and they do not cease to be evil on Earth… Well, it is a great movie and a great sequel in a series. It is hard to compare to the first Superman, so I am not going to say it is better but it is quite good, worthy of the list. 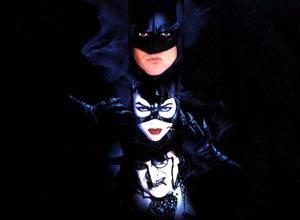 In my opinion the best Batman movie ever made, this “better than the first one” ranks in one of my favorite movies ever. Another Tim Burton masterpiece, the real Batman Michael Keaton, stars in this wonderfully dark superhero flick. Also Starring Michelle Pfeiffer as an extremely sexy Catwoman, who I might add is a little messed up in the head, Danny DeVito as the perfect penguin and Christopher Walken as the demented creator of Catwoman. Ya know the same ol’ story, Orphaned/mutated child abandoned to the sewers by rich parents grows up to be an out of his mind diabolical super-villain who runs for public office. And a run of the mill, cat loving secretary, pushed out of a 15 story building only to survive and make a latex (really hot) cat suit and to be a vanguard super-villainess and to wage revenge on the person who made her that way, all the while falling for Bruce Wayne (aka) Batman. And then throw a commitment-phobe like Batman in there to stir things up and have to stop them from ruining Gotham city. *Sigh* -whew- Just watch it. It’s good. 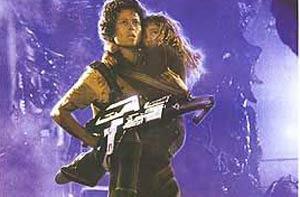 Well if you are a fan of this series you will agree in saying that this is the superior film in the 5 or so movies made, with these adorable little creatures. The story carries off where the first let off. But about a half-century later. They go back to the planet where “Alien” took place once the colony the company set up there has lost contact. Not to mention they come back with enough firepower to really do some damage. But yet again there is much more to learn of these aliens. They are smarter than they thought and guess what… They have a massive queen this time to fight with them. Ya know plus like a shit load of other aliens. So… It makes for a pretty sticky situation. Know as one of the greatest Sci-Fi/Horror films of all time, “Aliens” is a keeper. If you don’t own it get it. If you do own it, get another copy. If you already own two copies… well then get to watching… seriously, go right now. Screw the rest of the list, go. 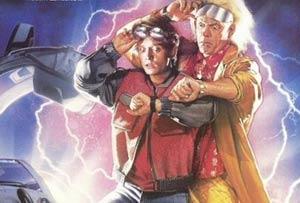 This second installment of one of the greatest trilogies of all time is also one of my favorite movies ever. All the stars are back and better than ever. Starring, Michael J Fox, Christopher Lloyd, Lea Thopson, Thomas F. Wilson, Elizabeth Shue, Flea, and a young Billy Zane and Elijah Wood.
Lets take a trip back to 1985, Dr. Emmett Brown comes back from the future to acquire the help of Marty to save his kids from jail time. Ok… so Marty is now on a journey to save his own kids, all played by Michael J Fox himself. He runs into trouble because he looks just like his kids in the future. He gets bullied around by Griff (Biff’s grandson) and nearly creates a time Paradox and destroys the universe. When in the future, Biff obtains a sports almanac and uses the time machine to take it back to his past self, changing the future to make him a millionaire. It is Marty’s job to stop him and change the future back to what it was. This movie is so great I cannot do it justice with this review. I just advise, going out and watching it. 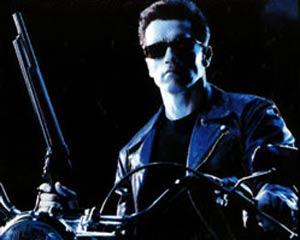 The bad ass sci-fi series is back with Terminator 2 (Judgement Day). But this time director James Cameron has all the tools to make this one of the best sequels of all time. With advancements in technology, the makers of this masterpiece are able to input some of the most wicked special effects to date. With the new Computer animation, and just some old school tricks, this movie is one of the greatest Sci-Fi thrillers ever. Starring Arnold Schwarzenegger, Linda Hamilton, Edward Furlong, and Robert Patrick as the T-1000. Some of the coolest special effects ever were made up for this flick and they still compete with animation today. The Story goes, T-1000 robot sent by the robots from the future to kill John Connor (leader of the human revolution against the robots) before he grows up. And John Connor, leader of the human rebellion captures and sends back a Terminator robot (inferior model) to protect himself as a child. The rest is cinematic Gold. 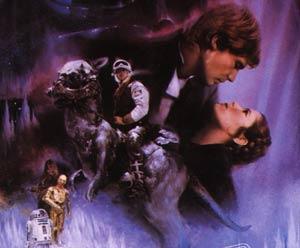 C’mon, “Luke, I’m your father”, we have all seen it and there is no arguing.
5
Login To Vote!
More Articles From System 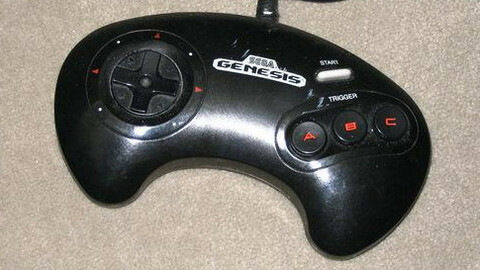