We Love the Blue Bomber! Part 1

A Look at our favourite Super Fighting Robot! Mega Man!
By Evil_Otto
On
So chances are, you probably didn't play the original Mega Man game first, more than likely you played Mega Man 2, 3 or even 4 before you played this one, I for one never played this until it went on the Wii's Virtual Console. Does that make this any less of a great game? Hells no! In fact, behind 3 and 7 this is my favorite game of the series.


Capcom, a fledgling company in the world of gaming needed a new hook. Mega Man was created by now famed Character Designer Keiji Inafune. The Blue Bomber was introduced to the world, Mega Man's first game hit the shelves in 1987.... 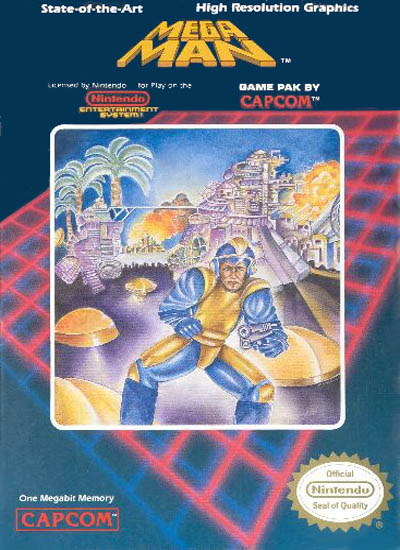 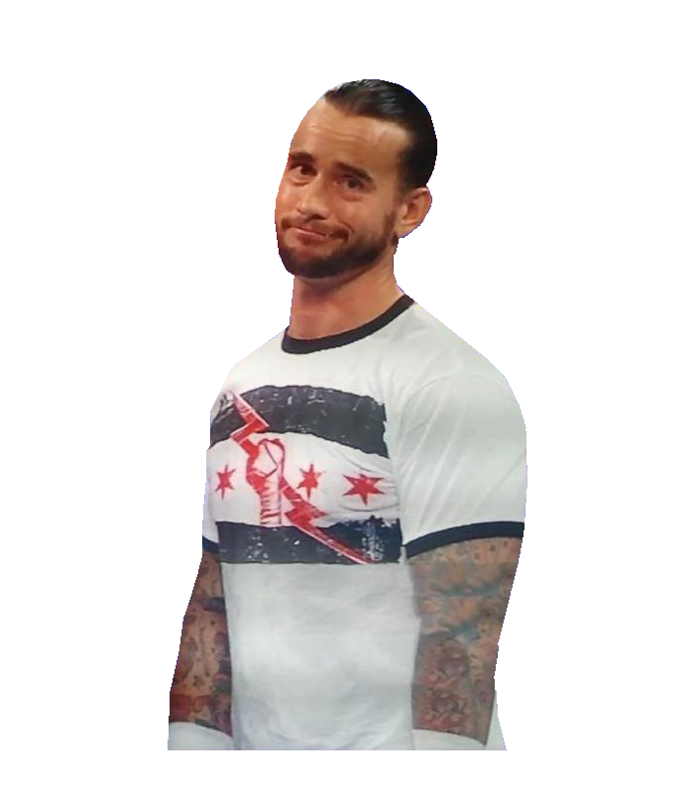 CM Punk was not impressed

Yeah, the box art was very, misleading and strange. I mean look at Mega Man there, he looks like a GI Joe that was partially melted and had polio. Anywho, for those who could look past the box art and decided to try it, The Character in game looked nothing like that.

So when we got home and fired in the cartridge (Or redeemed your Wii Points Card, whatever era you are from) we were able to play the game that started it all.

And it was hard as fuck!

You have to choose from 6 Boss Robots called Robot Masters, each one has a special weapon that you can obtain by defeating them in battle.

It was common knowledge at this point amongst the Mega Man fan base that Cut Man was the weakest robot master you could go for, the Mega Buster makes very short work of him. His stage however on the first go was a little frustrating, the game itself was like Mario and Metroid had sloppy, wet, greasy love and pumped out a baby. You had to time your jumps, but also fire at anything coming at you and for the most part in the series there is always something trying to kill you, you have a health bar though so you are somewhat safe.

The Spike Pit, a foe of any Mega Man gamer, often causes instantaneous death for its victims, in the later games there was a way around it. If you take damage and land on the spikes, you had your 3 second invincibility flicker to save you, not here. This game shows no mercy, as you get hit while jumping a spike pit, nothing but certain death awaits.

So we blast through Cut Man's stage, which is somewhat easy compared to some of the later stages. Now we have to use logic to find who to face next, the world was not ready for such non-linear gaming, we could choose who to face next. It was all based on Rock, Paper Scissors. In this case, Rock, Flamethrower, Freeze Gun, Electric Blast, Bomb and Raw Power...oh and scissors.

Logically, Cut Man's weapon was strong against Elec Man, the idea being that Blade cuts Wires. We go through Elec Man's stage, it consists of climbing and shooting, along with some very annoying disappearing blocks (a staple of the series as at least one level per sequel contains them) We make it to Elec Man, but holy shit! Dude moves like he is on meth! Damn you Walter White! If you can work past his extreme speed, you can hit him with Cut Man's weapon and he goes down faster than your mom on Tuesday. You get a great weapon! The Elec Beam! However, you may have noticed something on the long climb to the top of the tower. This is something you must go back for ASAP! 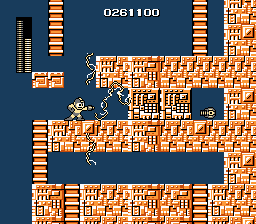 The Magnet Beam, it makes temporary platforms and is ABSOLUTELY NECESSARY for beating the game, I will explain more later.

So, the next person on Mega Man's robot hit list is Ice Man, the most irritating level in the game, full of slippery jumps, disappearing platforms and the worst level theme in the WHOLE SERIES. The song throws me into a fit of rage so violent that Chris Benoit himself would be scared...too soon?

(Broken YouTube Link Removed)
It haunts me. Mainly because I was stupid at the time and had trouble figuring out the jump timing. Anyway Ice Man's weapon wrecks you, so do your best to avoid getting hit. Use your Elec Beam in timed shots and he is cake! Which brings you onto Fire Man. Who oddly enough is weak against Ice Man's weapon. His level is tedious and consists of fire pits, fire geysers and enemies that pop out of the fire. Again, Fire Man doesn't do much of anything. His weapon is useful against Bomb Man, whose stage is an orgy of spikes and missiles and things that go boom, Bomb Man is relatively easy and is an alternate choice for first choice robot master, and then you get to face Guts Man, whose stage requires persistent timed jumps across a broken tram line. Guts Man fights by tossing huge ass blocks at you, but if you lob Bombs at him he goes down faster than your dad on Wednesday!


So after you defeat the 6 Robot Masters, you have to go through the Wily Castle, the first Wily Castle is your standard entrance to the evil castle stage. You go through the gates, fight powerful enemies and dodge death spikes, however the Magnet Beam is needed to get through it, so if you haven't gone back to Elec Man's stage to collect it (using the Electric Beam or Guts Arm to get through the blocks) do so before trying to conquer the castle, this allows you to climb up the difficult wall, and get to the Yellow Devil, one of the most fearsome bosses in Mega Man History!

Just Listen to that theme, terrifying.

The Devil fights by dematerializing across the stage, shooting a ball of energy and repeating, what makes him so hard is his little bits go really fast and hit you, so if you don't get a jump pattern down you are fucked. However you can exploit a flaw in the game's design to defeat him!

The Pause Glitch was Mega Man's ultimate weapon in this game, you see the start button paused the game and brought up the menu, this allowed you to see and select your weapon of choice, the select button froze the screen, when you hit the select button, Mega Man disappeared, as did any shots with his Buster. If you repeatedly hit select, the shots would reappear and inflict much damage in very little time, it's not easy to explain due to my laziness, so here is a video! Roll the Footage!


Thanks to whoever posted that, I don't care enough to find your name.

So as the second Wily stage starts you start getting confronted by the past Robot Masters, you have to defeat them to continue on in the stage. The boss of this is an evil Mega Man clone, this clone will use whatever ability you have armed, so I would say go for Elec Man's weapon, or Ice Man's weapon, but be cautious as these weapons fuck you up as bad as they fuck him up.

Stage 3, you go through a water tunnel and end up at the boss quite quickly, it's some weird submarine thing that is weak against the Guts Arm, careful there are only a few blocks you can throw at him so try and hit it early with your base weapon, then as it gets faster, use the Guts Arm and then you are off to the final level.

Stage 4 is hard, you have to ride a tram along a spike floor, climb a ladder that can get you knocked off, into a spike floor and face off against the remaining Robot Masters, try and do them in quickly because Dr.Wily is next and he does not take no shit from nobody!
(I couldnt find the video I wanted, so just refer to CKY: How To Rob A House)

Wily backs up and comes forward shooting some weird laser ball, then you blow his front off and he gets more aggressive, a hard battle but beatable nonetheless.

So Mega Man wins and returns to his Creator (Dr. Light) we see him return to his original form, and he looks like Astro Boy. And that concludes Mega Man's quest for everlasting peace...

My thoughts on the game are average, it was a fun game, had alot of heart put into it and it played well, some minor flaws but nothing too bad. I liked the music alot, and I do miss the score counter, a feature that was exclusive to this game. The Series just wasn't there yet, but did it have to be?

This was only the beginning of the great series that is still going on today, with 11 sequels, a few remakes and multiple spin offs! However, for those unaware, Mega Man 1 bombed! It didn't sell the expected amount and Capcom was about ready to pull the plug, but Inafune pushed, pleaded and poked until he got the chance to redeem himself and that he did!

Anyways, back on topic. Mega Man 2 came out about a year later, it smoothed out the rough edges and got rid of some flaws, a lot of people call this the greatest one ever. I disagree. Everyone goes all dick-out-cranking-it over a certain theme which isn't even the best of the series. Anyway, its a classic game and brought the bar up for the series. Next time on Evil Otto's We Love The Blue Bomber series!
12
Login To Vote!
More Articles From Evil_Otto 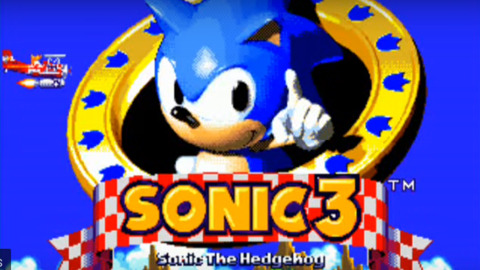 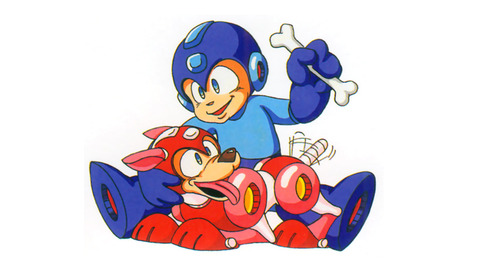 0
Evil_Otto
We love the Blue Bomber part 3
We look at my all time favorite game in the series, Mega Man 3 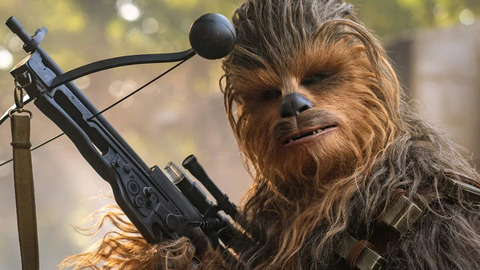