A true story of Halloween nostalgia.
By Riphard
On
Close your eyes and imagine that it is October.............

If you are in a part of the world with changing seasons, then you know the conditions.

The leaves have changed from a bright green to a rusty orange or brown.

Daylight savings kicks in, and the sun begins to fade around 4pm EST.

I won't bore you with anything too personal. I'm quite sure Halloween is unique and special to everyone
and to hear someone drone on might be a bit presumptuous.

However, I felt it necessary to list my costumes over the years in the early 80's from what I can best remember.

These are NOT me in the pictures, but I'm trying my best to convey with accuracy how it was.

Now we all know that when you were a kid you had to have a wild imagination. So to add some comic relief I will try to show how I wanted each costume to look.......and then counter that with the actual results. Upstairs, in our small little brains, we thought we looked the part, yet years later do we truely realize how funny we looked.

Now to be fair, this was not my first costume and I can't quite pinpoint the year, but my mom said that she dressed me as a pumpkin for my first time. However, I don't remember that so I will start from the first one I do. Scooby Doo!

Yeah, it was a plastic mask with a sweaty brown vinyl jumpsuit. I have pictures somewhere, but I am lazy. It was a popular cartoon, so I assume in my feeble mind that I wanted to be that? An animated dog????! Whatever.

G.I. Joe!!!!!!!
Yes, it is cliche but how could you avoid it. "Flint" was my favorite but I guess they (being Hasbro) assumed berets were for sissy's because I could never find that costume. Oh well, Hawk was an okay second.

The ninja/karate craze hadn't really hit yet so the Snake Eyes/Storm Shadow costume was not an alternative. Hey, what do you know? Another sweaty plastic mask. Fuck it. Im in it, to win it! Load me up with "Smarties", "Sugar Daddies", and "Tootsie Pops".

Alright, now we get to the time in my life when the "Karate Kid" came out.

The Cobra Kai were dickheads yet when that chase scene happened after the dance and Daniel got his ass kicked in front of his crib I thought, "Hey these skeleton costumes are cool!".

I'm not a dick, nor a violent douche, but for some reason that costume resonated something demented and macabre that I suppose was dying to be manifested on a pointless holiday. Of course it turned out like crap, but who cares, it was dark out.

Stealth. Speed. The art of invisibility? Whatever you want to call it, the ninja/karate/martial arts phase had officially kicked in high gear, and I wanted desperately to be dressed in black. Being an assassin of the night I needed shurikens, swords and other useful weaponry.

Never one to settle for the easy road, I decided that in addition to the Bo staff (which was a wooden rod from the hardware store) I would create the ultimate tool for ninja warfare. I rigged some nunchaku from two cut pieces of bamboo and some thick twine secured through the center. Finally, to complete the masterpiece, I used white masking tape to wrap each handle for grip.

"Nosferatu", "Vlad Tepes", Count Dracula", and "The Impaler" are all names that could be used to describe this next ensemble, but we all know that "vampire" is the most accurate term.

Yes, I was a victim of taking the high road and going mainstream for this next costume. I don't know why, perhaps laziness or just wanting to score some premium candy but I dressed as a vampire?!

The white face paint, black cape, dried blood on my chin and those shitty plastic teeth (that dug into your gums and induced drooling)....... I was guilty of sporting it all.

Perhaps, "The Lost Boys" are to blame?

I remember the movie "Legend" came out in theaters in 1985. At a birthday party, we rented it for a friend and I was most certain that Tim Curry's "Darkness" was THE scariest creature I had ever seen.

Such a huge demonic character with muscles, horns, hooved feet and a booming voice. Quite creepy for a young kid, but for some reason I was drawn out of my own fear to become this devil thing I had seen on VHS.

Oh, how the mighty have fallen!

It was not even in the same ballpark as the movies costume. Hell! It wasn't even the same sport!

In retrospect, after the paint was smeared and sweaty, my costume probably most closely resembled a kid spawned from a "Darth Maul", " Lord Darkness" and "Willow Ufgood" three way. Talk about scary!

"The Angel of Death" or "Grim Reaper" was really a cop out on my part.

I was getting mature and less into the theatrics of Halloween and more into the late night score.

I was old enough to go alone with friends and being mischevious plus getting candy was priority number one.

With my black hooded robe and plastic scythe I bought for $4.99 from "Toy Castle", I hit up the neighborhood a little older and a little wiser.

Besides my name being Jason, "Friday the 13th" is one of my favorite horror movie franchises. I realize it is a funny, ridiculous, non-linear and unrealistic series......... but who cares? It is a freaking maniac in a hockey mask.

That face alone is iconic enough to start nightmares in even the most grown up adults. The purists will disagree and go "Freddy" or "Michael" but I never went with the crowd.

That mask was hands down, the most stolen, replicated and copied concept of all time.

Plus, it was cheaper and more afordable than the "Krueger" claw. In addition, some parents thought the claw was a dangerous and unsafe item due to the plastic fingers which could poke you in the eye if you were a moron.

I was never one for a lot of makeup, so I rejected Elm Street and went for Crystal Lake. All I needed was some old jump-suit "coveralls", black boots, a mask (with or without cracks, dirt or blood on it) and a machete type weapon.

Voila! Time to make the young ones piss their "Power Rangers" suits. Oh yea, unlike Jason Vorhees, when I went out on the town doing my best impersonation.....I didn't walk slow like he did stalking his victims.......... I ran! Nothing like a masked person running at night with a plastic machete in their hands full speed.

Hahahahaha! I was a bastard. Cruel I know, but those kids are better for it. Getting chased builds character.

Lucky for them I didn't have a fake chainsaw.....or they would've shit themselves!

Our costumes were very meaningful and the experiences we all shared during the holiday have their own special magical memories ingrained in us to this day.

So as we become more adult and see a new generation of kids come up to the door in their uninspired outfits, holding their bags open while not even uttering, "Trick or Treat", make sure to buy the ghetto candy from the bottom shelf just for them. They need to earn our respect and learn who ran the blocks before them.

This is my second article, albeit a brief one. Rants and raves are welcome in the comment box. Yes, I know I swear and use colorful language. If you have not, please check out my first submission entitled, "It did not feel that long ago". Hate or rate both if you want.

Have a good summer. 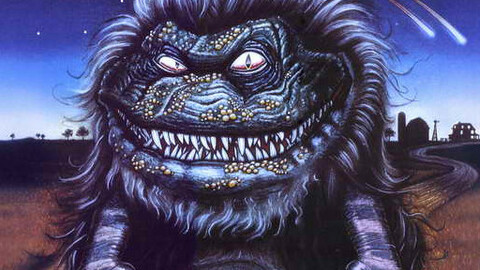 5
warriorman
The Greatest Guitar Legends
The Guitar Gods and legends we will never forget
More Articles
An unhandled error has occurred. Reload Dismiss