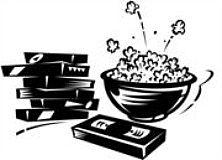 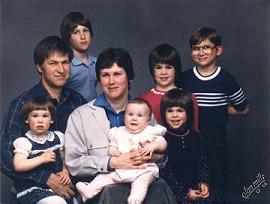 Back before the Blockbuster Video empire took over the rental market (and long before the days of Netflix), mom and pop video stores were sprouting up in every neighborhood in America bringing joy to families looking for a little home entertainment on a Friday night. In 1986, the first store my parents applied for membership from was a little strip mall operation of VHS delights called Video Depot. Ahhh, Video Depot, those two words caused my 4 year old heart to race as my fertile mind dreamt of all the magical adventures that would soon be flashing forth from our TV set. Although I pretty much just ended up renting Ghostbusters most of the time, my eyes were not blind to the many choices available to those with a flimsy plastic membership card. 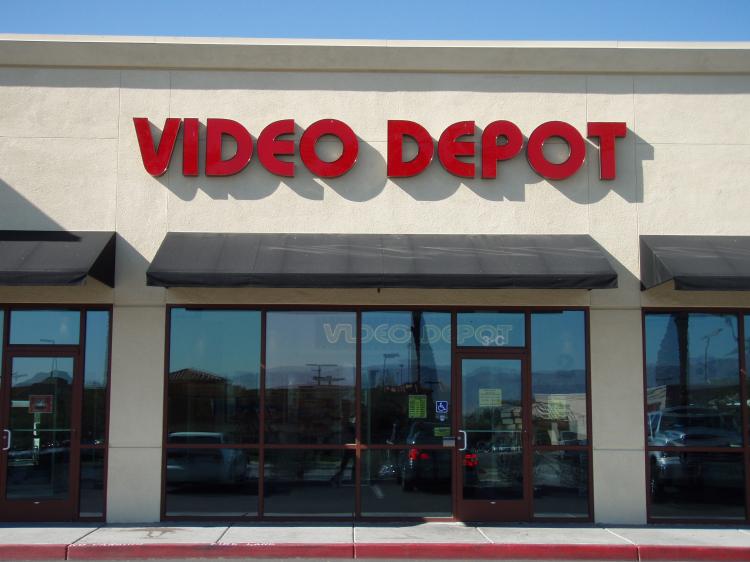 In fact many of those VHS covers are still burned into my brain today and bring back that same sense of wonder from the good ol' days. This article is going to focus on the most unforgettable graphics from the days of VHS and VCR, most of which I never actually rented or even watched on TV. But it's amazing what kind of wacky ideas the simplistic, imaginative mind of a child can conjure up from a single photo or drawing on a video cover. 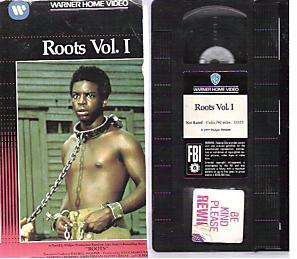 This is going to be a somewhat controversial opening to my memories, but keep in mind I was 4. Every time I would walk into Video Depot the video cover for acclaimed television mini-series Roots was always staring me in face and I couldn't make sense of it. I had yet to pass through an American History class and Muppet Babies never aired a "Very Special Episode" about slavery so I was pretty much at a loss as to why a black man was frightened, shirtless and shackled on a video that promised entertainment. 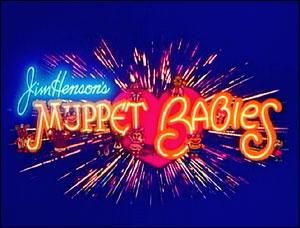 The only black people I knew at that time were my Uncle Ahmad (who was/is awesome), Buckwheat from Little Rascals (that I always watched early on Saturday mornings) and Eddie Murphy who did a Buckwheat impression on a commercial for a best of Saturday Night Live video commercial that used to play all the time. Again, I was 4 and unaware of any racial stereotypes associated with my chosen links to African-American culture. All I knew is that I loved my uncle, I laughed with Buckwheat and this picture did NOT make me laugh or convey the emotion of love. I think the combination of black and red in the background further enforced the ominous nature of what was magnetically adhered to the wound-up tape within. I still haven't seen the mini-series but maybe I should, just to resolve all the mental conflict it created. 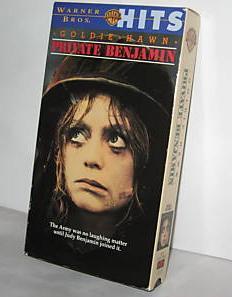 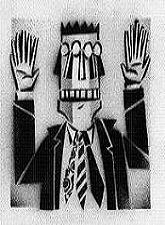 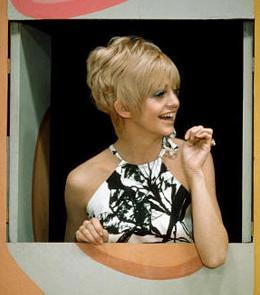 Speaking of which, after passing by Kunta Kinte's haunting gaze I would always happen upon this haunting cover for Private Benjamin. Although I knew Goldie Hawn from re-runs of Laugh-In that I used to watch on Nick-at-Night, she was completely unrecognizable on this VHS cover. To me Goldie looked more like a poor orphan girl caught in the rain looking up at the policeman that has come to take her away. Years later when I found out this was a comedy, it blew my mind. I had always assumed this was Goldie's dramatic turn as a woman trying to make it in a man's army, to which I had forever associated the phrase, "your mother wears army boots". Why would they put this washed out, soggy face on promotional material for a film that was supposed to make you laugh? Madness, I tell you.

On a lighter note, this cover for the film Baby: Secret of the Lost Legend instilled in me the belief that dinosaurs still existed somewhere, even if it was just a murky lake in Scotland (Nessie lives!). This movie may not have been about the Loch Ness Monster, but no one could convince me that there was not a photograph of a live dinosaur on the front of that video. Just look at it, two people are sitting next to a baby brontosaurus, probably feeding it Reese's Pieces like E.T. and you can tell it actually exists (in some form)! It never crossed my mind that it was animatronic or mostly created using innovative claymation techniques for the action sequences, as long as it had actual mass and occupied space it was the real deal. 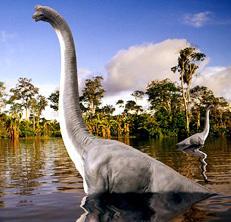 I had a storybook that used similar sculpts of dinosaurs with clever lighting to make them look real which continued to fuel my belief after I left the florescent lighted halls of Video Depot. I think I caught a few minutes of the film on TV one Saturday afternoon, but still have yet to watch the whole feature. Seeing as I just got funding from a wealthy businessmen to go capture and breed the elusive Blue Brontosaurus of the Amazon Jungle, it's probably best that I don't do anything to prove my theories wrong at this point. 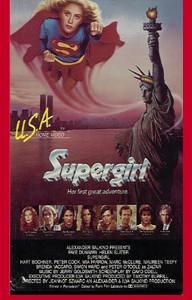 Supergirl on the other hand was the usual alternative to Ghostbusters for me, so I was very familiar with the fantastic adventures contained within. Still, I loved the layout of the graphics on the box and the fact that it had perfectly aligned smaller photos of the supporting cast below was a real treat for me for some reason (simple pleasures). 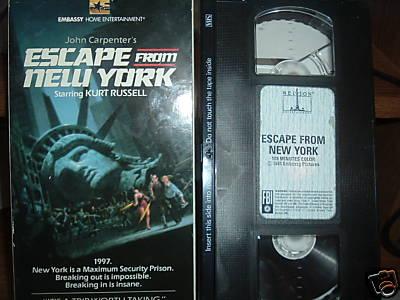 The one mystery that baffled me at that time, was the fact that the Statue of Liberty by which Helen Slater is flying was somehow beheaded and ended up on the box for Escape From New York. It didn't compute that more than one movie could contain the Statue of Liberty, of course I was also under the impression that supermarket employees lived behind the butcher's counter and never left the store if that gives you any idea where my head was at.

On the Disney front, the cover for Pete's Dragon (not to mention the film itself) made my belief in the existence of a real, live ToonTown that much stronger. A few years later, Who Framed Roger Rabbit? was the ultimate evidence that Humans and Cartoons did co-exist "in the old days", but my first exposure to the concept was on the cover of Pete's Dragon. Also, there was something special about those white clamshell cases that made the Disney tapes seems that much better than all the rest. I think it was just the uniformity of it all, but you knew were in the Disney section as you passed Tron or my personal favorite Where Toys Come From. I could only find the new DVD cover image online, but the original cover was the classic white with just a picture of the little walking binocular guy, use your imagination. 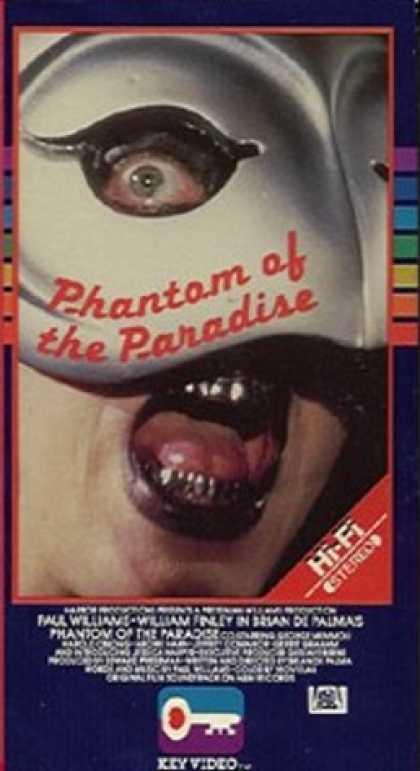 Horror movie boxes both intrigued and intimidated me with their strange characters always in some state of menacing delight. Phantom of the Paradise was the most ghastly in my opinion, what with the extreme close-up on the Phantom's silver capped teeth and black-ringed eyes bulging from behind his mask. The mask always looked like a football helmet to me, but on the back of tape it talked about DJ's and night clubs, not football. 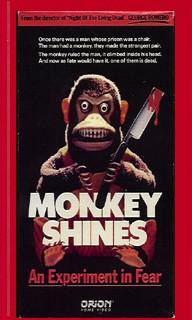 Also both fascinating and freaky was the movie Monkey Shines for which I had seen a clip on Entertainment Tonight where a chimp was terrorizing a lady in what looked to be bathroom. The toy looked so cute, but I knew what those monkeys were up to. I always confused the creature on the box for Troll with one of the goblins from Labrynth (which also scared me) but the multi-colored rings on his magic ball reminded me of one I had at home so I figured he couldn't be all that bad, it must have just been poor lighting. 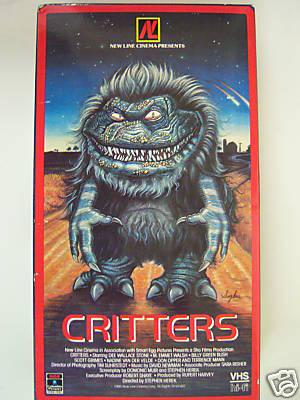 Last on the horror movie list is Critters. At the time, a lot of video sleeves were black with red outlines and I thought it looked awesome. The Critter on the front was so perfectly framed within those red lines and the black background it always caught my eye, but only slightly my interest. 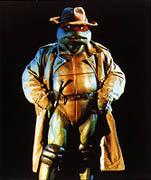 The thing that pushed me over the edge was when Raphael walked out of the movie theatre in the first TMNT film having just watched Critters (which you can see a movie poster for in the background) right before his fight in the park with Casey Jones (my favorite scene). I remember thinking, "If Raph is watching Critters, I gotta see it too!" Soon after my friend David rented it for his 7th birthday party and we all had a good laugh while we munched on Dominoes. The tag line should have read, "Critters, goes great with Pizza" or "Raph likes it, so should you!" 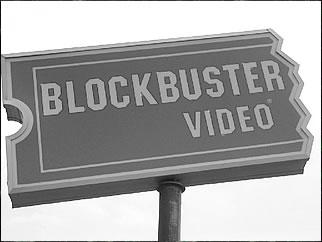 Eventually my family started going to the chains like Blockbuster causing Video Depot to go quietly out of business. In time, Video Depot was replaced by a baseball card shop where I started buying Pogs and at which I also cried when I lost my pog collection during a tournament, but that is a story for another day. 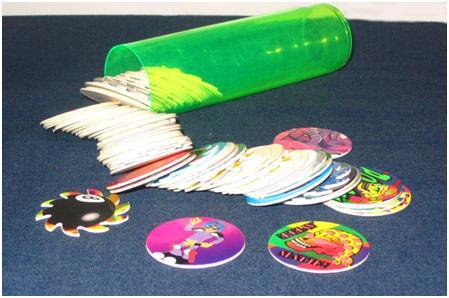 So how about you folks? Did any video covers stand out to you during the VHS days?
36
Login To Vote!
More Articles From Hoju_Koolander

30
Quote O' Matic
Bob Barker: ""(Announcing the death of Rod Roddy) As many of you know we have lost our dear friend Rod Roddy. Rod's many television friends and all of us associated with "The Price is Right".﻿ We miss explendid talent and his great since of humor. May god bless Rod.""
Added By: BuddyBoy600alt
The Price Is Right