Set in Washington, D.C., the show features Agent 86 (Maxwell Smart), his boss (The Chief), Smart's partner and later wife (Agent 99) and a host of other agents both good and evil. Perhaps one of the most important elements of the show is the gadgetry created to help Smart in his quest to keep the free world free. This show was great, it was good vs evil and u never know what Maxwell Smart had up his sleeve for Kaos. Don Adams was really great and funny.

If comedy thrives on contrasts, The Odd Couple offered a perfect situation. Felix was a prim, fastidious photographer, a compulsive cleaner; Oscar was a gruff, sloppy sportswriter for the fictional New York Herald, to whom a floor was a place to toss things. Felix and Oscar made a great pair, lots of laughs in this comedy show. 2 men sharing an apartement who have nuttin in common very good series. 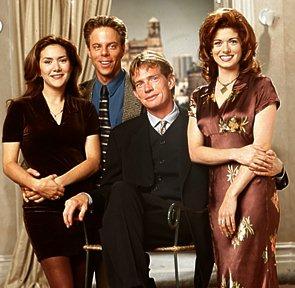 The idea may not have been totally original--a man and a woman who can't stand each other enter a marriage of convenience--but the execution of Ned and Stacey makes it one of the most truly underappreciated sitcom classics of all time. Thomas Haden Church and Debra Messing are very cool and funny. Two people who hate one another living together and get married just to get a promotion and a life. Non stop laughs with these two people.

Three sisters (Prue, Piper and Phoebe) reunite and unlock their powers to become the Charmed Ones - the most powerful witches to exist. Now they must vanquish evil and save innocents while living their lives as normal women in the real world. Life isn't so easy when you're Charmed. I love the charmed ones, very beautiful, and talented. I loved it for the special effects and of course the charmed ones.

Diff'rent Strokes took place in New York and centered around the happenings in the Drummond household. Philip Drummond was a widower and had a daughter, Kimberly. He was also quite wealthy and lived in the penthouse of a luxurious apartment building. He adopted two black kids named Willis and Arnold Jackson. Very fuuny,hilarious show. especially with Armold's line What you talking about, which is still famous today.

Cordell Walker is a contemporary Texas Ranger working out of the Dallas office who believed in dealing with criminals the old-fashioned way--by beating them up. Despite the rules that governed the way law-enforcement officers were supposed to act. Walker's approach closely resembled the "eye for an eye" school of crime fighting. I liked this show for all of the effects, and all of the action, and fight scenes. Chuck Norris played the part so well, and wasnt afraid of noone.
22. Punky Brewster

Seven-year-old Punky Brewster certainly turned Henry Warnimont's world around. Henry was a grouchy old man who was set in his ways, until Punky came along and changed him in a way that was not thought possible...Henry became a happy man, determined to be the best parent he could be.
Loads of laughs in this comedy. Very good that a little girl can turn a grouch into a nice man. I loved the saying Punky Power.

Former NFL football player, Fred Dryer, stars as Detective Sergeant Rick Hunter and Stepfanie Kramer stars as his partner, Detective Sergeant Dee Dee McCall. Hunter and McCall investigate homicides for the Los Angeles Police Department. Rick Hunter was man that knew what he was doing. it was good cause he could always catch the bad guys and knew why they did what they did.

A recent widow, Harry had to deal with going on with his life without his late wife, Libby. Fortunatly he had his practice (he's a pediatrician) as well as his two daughters, Carol and Barbara, who move back home and provide an annoyance to him. Other members of the cast include, Charlie Dietz (the obnoxious next door neighbor) and Laverne (Harry's sassy nurse). Charlie was really funny always coming in and grabbing a beer out of Harry's fridge. Charlie and Harry shared some fuuny moments with one another.

Family Matters focused on Harriet Winslow (the elevator operator from the Chronicle) and her family of sorts. Carl Winslow, her husband, was a dutiful cop, and a gruff and lovable father to three kids: Eddie Winslow, the rebel son; Laura Winslow, the smart-aleck daughter; and cute little Judy Winslow. They had opened their home to Harriet's sister, Rachel Crawford and her little baby son Richie, and in the very first episode, Carl had to open his home to his cool and streetwise mother, Estelle Winslow, whether he wanted to or not. Everything was going along just fine until one day, Steve Urkel, the inventive nerd, barged into their home and eventually, into their hearts. Steve Urkel was so hilarious. He had a hughe crush on laura which he would do anything for her to be his gf. Best line of the show was Did I Do That?

The Wonder Years" was a hit comedy series starring Fred Savage as Kevin Arnold the main character, a boy facing rites of passage on his way to adulthood. Kevin lives with his brother Wayne (Jason Hervey), his sister Karen (Olivia d'Abo), his father Jack (Dan Lauria), and his mother Norma (Alley Mills). Kevin grows up with his on-and-off girlfriend, Winnie Cooper (Danica McKellar), and his best friend, Paul Pfeiffer (Josh Saviano). I loved Paul in this series such a great friend to Kevin. Kevin's love for Winnie was a nice romantic comedy. Too bad they never tied the knot.

Look for the last part of this article Part 4, with shows 17-1, coming soon. In the mean time I hope u enjoy this. Please no back page this time.
4
Login To Vote!
More Articles From alexmackfan 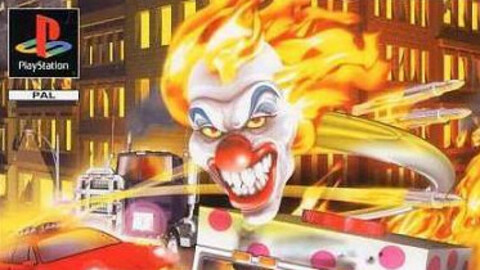