5 Fav Crime Dramas
By alexmackfan
On 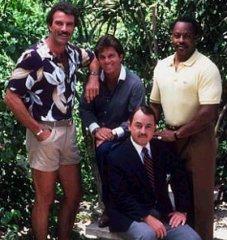 Magnum P.I. was about a former naval officer who took a job as a detective to solve crimes. I haven't really seen many episodes of this show but from what I seen, I really liked it has a bunch of effect and mystery. that's why this ranked at number 5.

Hunter is a police drama television series starring Fred Dryer which ran on NBC from 1984 to 1991. The titular character, Sgt. Rick Hunter, was a wily, physically imposing, and often rule-breaking homicide detective (badge# 089 in the early seasons, badge# 378 in later seasons) with the Los Angeles Police Department. Stepfanie Kramer co-starred in the first six of the series' seven seasons as Hunter's female partner Sgt. Dee Dee McCall.
I enjoyed watching this show as a kid and Unfortunately its no longer on television, but it was still a great show and the best part about it was he always killed the villian at the end. 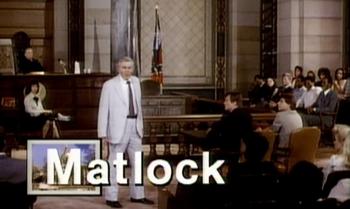 No.3 - Matlock
The format of the show was similar to that of Perry Mason, with Matlock identifying the murderer and then confronting him or her in a dramatic courtroom scene near the end. One difference, however, was that whereas Mason usually exculpated his clients at a pretrial hearing, Matlock usually secured an acquittal at trial, from the jury.
Matlock was a very funny, and mysterious show, it would keep you at the edge of your seat to see who dunit, thats the main reason why I enjoyed it so much, ao i can guess all episode on who I think did the crime, and find out at the end if I was right. 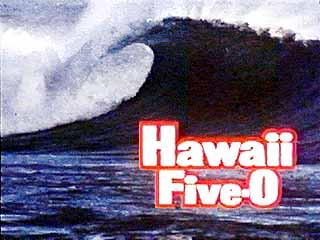 Hawaii Five-O centers on a fictional state police force (named in honor of Hawaii's status as the 50th State)[3] led by former Navy officer Steve McGarrett (Jack Lord), who was appointed by the Governor Paul Jameson (Richard Denning). McGarrett was assisted regularly by State Police officers â€” a young officer, Danny Williams (played by Tim O'Kelley in the show's pilot, but replaced in the regular series by James MacArthur), Chin Ho Kelly (Kam Fong) and Kono Kalakaua (Zulu). Later, Honolulu Police Department Officer Duke Lukela (Herman Wedemeyer) joined the team as a regular, as did Ben Kokua (Al Harrington) who replaced Kono.
This show was one of the best and longest running crime dramas in television history, to this day I still really enjoy watching it. It is still on television on my local channel, and I love it so much I am purchasing the DVD sets. Reason I enjoy it was cause of all the ways these villains tried to outsmart McGarrett and could never do it, and also because of all the effects done it in, it was great for a series in the 70's. It had the greatest theme ever. 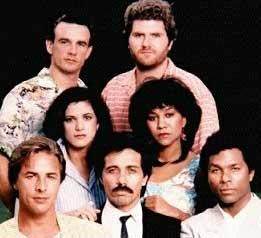 Crime Drama about an undercover police detective named James "Sunny" Crockett played by Don Johnson and his partner Ricardo Tubbs played by Philip Michael Thomas.
Main reason this is number one is beacause of all the great 80's music in the TV Series. The best music on the best crime drama of the entire world. This show was very well done,and casted very very well. The characters had everything money,clothing,cars,women. These guys would stop at nothing to let a crime go unpunished or unsolved, funniest character was Izzy Moreno played by Martin Ferrero. This series was just exciting to watch and just all around fun. I own all of the episodes on DVD.

I hope you all enjoyed reading this, please comment, until next time retro junkers.
4
Login To Vote!
More Articles From alexmackfan

11
Quote O' Matic
Jay: "You know the difference between you and me? I make this look good. -Jay"
Men in Black