The Death of Garfield?

Did Garfield die? Or was it all a dream?
By MrTron
On
Death. It is inevitable. It even happens to our favorite comic characters. Remember when Superman died? 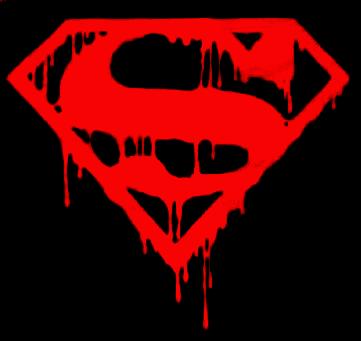 But one question has been on the minds of comic fans since 1989. Now on the 17th anniversary of it's first printing, I answer the question, did Garfield die?

Everyone knows Garfield. The lovable fat cat who loves sleep, his teddy bear Pookie, and lasagna. On October 23, 1989, Garfield creator Jim Davis came up with a concept. To have a series of Comic strips that had no humor to them. Something more serious, that dealt with peoples fears. Hence, the week before Halloween, these six strips hit newspapers. Here are the six strips in their entirety and the dates they ran.

The Comics delt with the fear of being alone. But in the end, the comics confused fans. Was it all a dream? Or had the Orange Tabby really pass on to the big litter box in the sky? From Wikipedia.com.

"One storyline, which ran the week before Halloween in 1989, is unique among Garfield strips in that it is not meant to be humorous. It depicts Garfield awakening in a future in which the house is abandoned and he no longer exists. In tone and imagery the storyline for this series of strips is very similar to the animation segment for Valse Triste from Allegro Non Troppo, which depicts a ghostly cat roaming around the ruins of the home it once inhabited. The strips have caused many fans to speculate that Garfield is currently starving in an abandoned house and all of the series occurring after the comics in question were insane hallucinations by the cat as he tries to keep alive, yet author Jim Davis is reported to have actually "laughed loudly" when confronted with this. In Garfield's Twentieth Anniversary Collection, in which the strips are reprinted, Jim Davis discusses the genesis for this series of strips. His caption, in its entirety states:

"During a writing session for Halloween week, I got the idea for this decidedly different series of strips. I wanted to scare people. And what do people fear most? Why, being alone. We carried out the concept to its logical conclusion and got a lot of responses from readers."

So. The question is, is Garfield alive, or did he slowly starve to death?

As stated in the Wikipedia entry, the strip closely mirrors the events in Allegro Non Troppo. In the short, a cat wanders the remains of his home, seeing visions of his family, before finally realizing that he himself has passed on before the house is torn down.

To prepare for the series, Jim Davis went around asking people what truly scared them. The majority said that being alone scared them.

So, was it all a dream, was it some parallel universe, or has Garfield really died? Well the strip first ran 17 years ago, and Garfield is now well in his 28th year and shows no sign of slowing down. So we can rule out death. The Garfield I know takes place in only one universe that I know of. So it is safe to say that Grafield was only dreaming the whole thing, and he is alive an well and funny as ever. 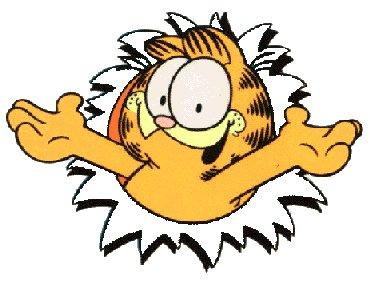 This artical is dedicated to my Garfield, Tweeg. He passed away one year ago. Hope you got a nice warm spot on Dads lap kitty cat. I'll have one for you when I get there.
9
Login To Vote!
More Articles From MrTron

10
MrTron
Andy
Mr. Tron looks back at Andy Kaufman, and his cast of characters.