Nails105 looks at the two of worst of the NIGHTMARE ON ELM STREET series.
By Nails105
On

For more pictures by yours truly, visit Cartoonlover16's account on Deviantart.com.


To this day, a lot of people have mixed feelings for the sequels of A Nightmare On Elm Street. Nowadays, people call them goofy and put the original Wes Craven movie to shame. Personally I found the first four to be pretty good. Sure, #2 was the weakest, but at least it tried something different. The original was of course creepy as Hell, the third had a well-told story with great characters, and the fourth actually continued the story and kept the likability of the previous films.


These two movies, however, are here just to make the previous movies look bad in comparison. How could a movie series start off with such promise (in my eyes at least) and just go down the toilet? Sure, not all movie series can hold your attention for long, but these movies certainly did for me. Well, today, I got to look at two times the torture, one that's...all right, I guess, but doesn't hold a candle to the previous films. The other one is....ugh. Let's just start with Dream Child. 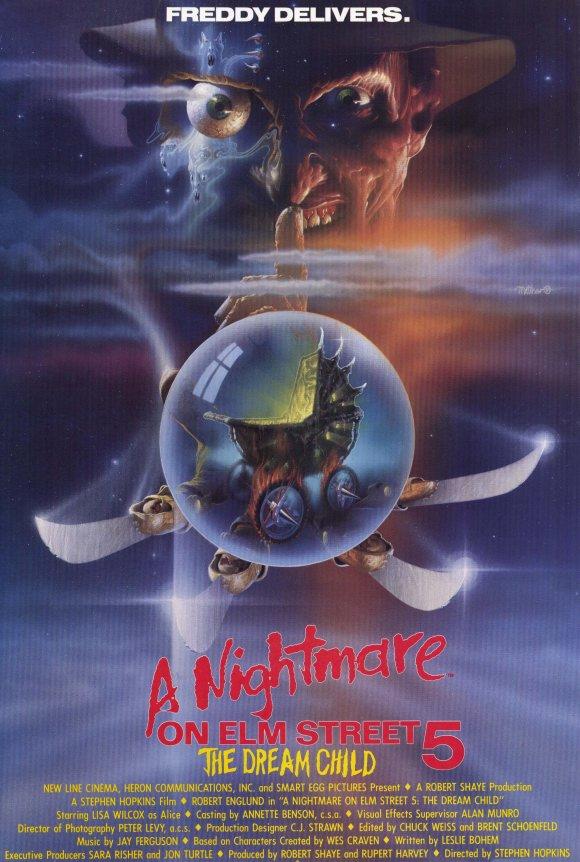 I sure hope he isn't giving us the finger...

Alice (Wilcox), the heroine from last movie, finds the deadly dreams of child murderer Freddy Krueger (Englund) starting once again. This time, he is striking through the sleeping mind of Alice's unborn child. 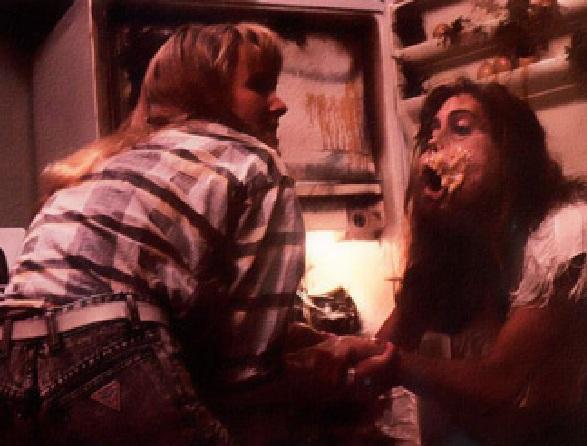 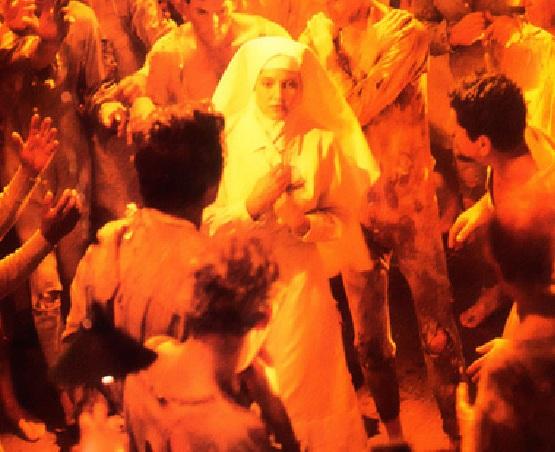 This is gonna get awkward....

The plot does show some promise here. I like the idea of Freddy using the dreams of someone who has yet to be unborn while the heroine is awake and is left wondering how all these murders are occuring.

As usual, the death scenes and special effects are pretty top-notch (with the exception of one, but we'll get there later). Some of the best ones include one of Alice's friends being overfed by Freddy ("Bon Appetite, bitch!") and impressive stop-motion effects to show evil mold in a fridge (It's the little things that count). 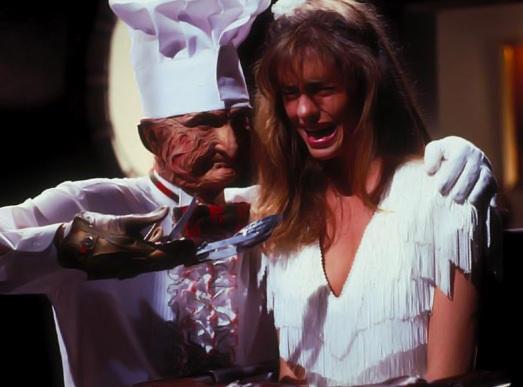 Aside from Alice, the rest of the characters are pretty forgettable. Though not unlikable, they don't really pack the punch as the previous characters did. They become cliche and whatever they do in their spare time (i.e. swimming, drawing), you know how they'll die, which is never a good thing.

Speaking of how they die, the worst death scene in this movie is the comic book scene. It's when one of the victims, a guy who draws in a comic-book style, actually tries to fight against Freddy as one of his characters. All I can say is that it's embarassing, despite the good effects and clever use of set design.

Finally, it's just boring most of the time. While the story itself is interesting, it just follows the same formula the previous sequels did and doesn't really do anything fresh and new with it. We already know what's going to happen to these characters, and you just don't care anymore. 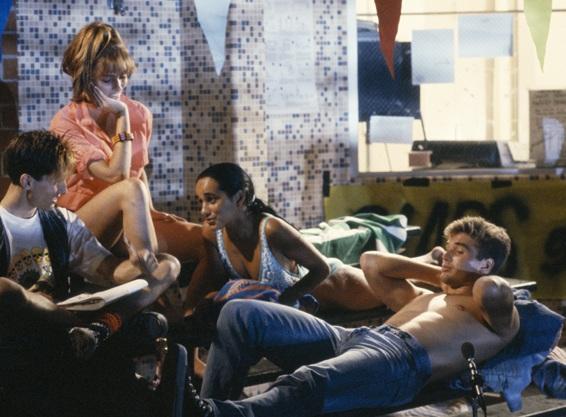 The Breakfast Club for dummies! 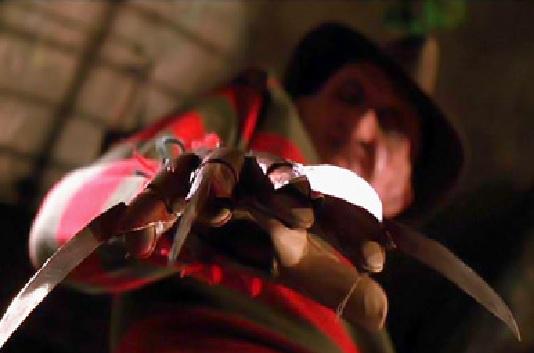 Looks like Freddy is just EGAER to get into 3-D...

While I give it credit for continuing the story and keeping up with it's stellar special effects, it's here that the film series got stale. It's a pretty good idea wasted by second-rate writing. 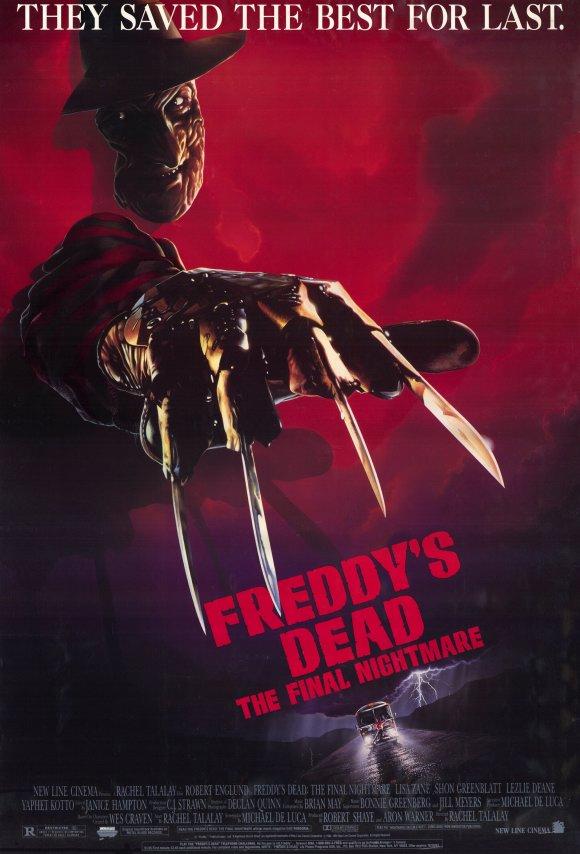 But ohhhhhhhhh, man. As much as I don't....really care for #5, this sequel makes #5 look like the first movie in comparision. It's like they took all the wisecracks Freddy said during the series and rolled them up into one giant unfunny piece of trash. In other words, this movie's bad. It's really, really, REALLY bad. Easily the worst of the series. Why, do you ask? Uggh, let's take a look. 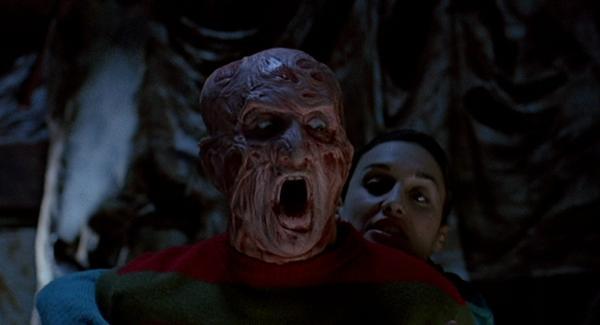 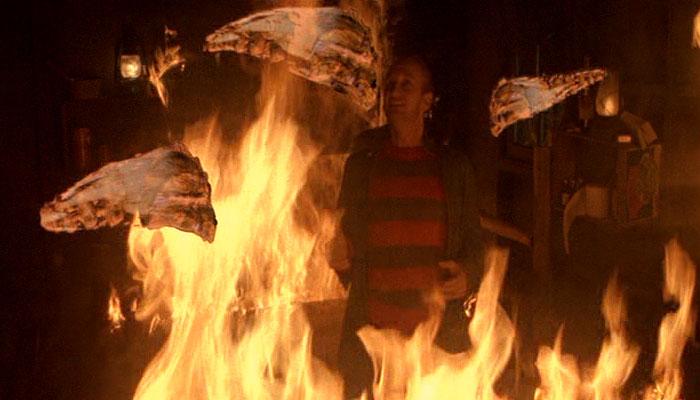 "I totally need to lay off the LSD, man." 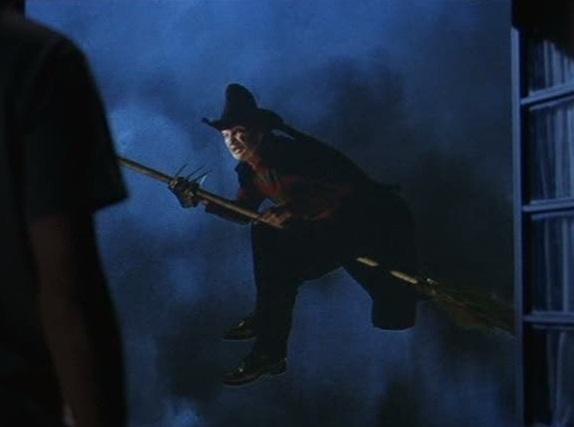 Freddy Krueger (Robert Englund) is back slashing teens in their dreams, but this time he's going beyond Elm Street. He decides to extend his reign of terror on a group of teens at a shelter for troubled youth. It's up to Maggie (Zane) , a "dream therapist", and also Freddy's long-lost daughter, to find a way to stop this homicidal maniac once and for all.

The special effects still boast showmanship here, but that's pretty much it. The best scene involves one of Freddy's victims getting his eardrums pulled out and has to endure Freddy's claws on a chalkboard and a million pins being dropped to the ground, whis is pure ear-rape for our poor sucker...I mean, friend.

Well, it took about 5 movies to get there, but we (unfortunately) get the first Nightmare movie where the teens are so annoying, so hateful, and so mind-numbingly unlikable that you wish that these jackasses get killed off by Freddy...and thankfully, we get our wish. No one in this movie is memorable, endearing enough to make us think, "why did they have to die?". I'm guessing this is why this was the last movie until New Nightmare, because no one knew how to write 90's stereotypes well yet.

Freddy himself isn't even taken seriously anymore. The movie treats him like a joke. Spewing one-liners everywhere, and killing off people in ways so ridiculous, the victims would rather be killed off by a simple gunshot. Possibly the greatest example of this is the legendary "video-game" scene, where Jon Arbucke from the live-action Garfield meets his demise in a shitty video game. Did New Line Cinema forget the dark backstory of how Freddy was the son of a thousand maniacs and murdered children? 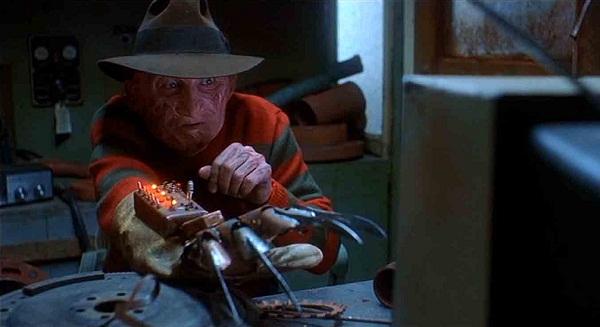 Just say "I love the power glove, it's so bad" so we can move on!

Finally, the final showdown is more like a final letdown. After being killed off by a crucifix and holy water, devoured by his own souls, and even turned into a denomic baby, the only creative way the movie can think of to kill off Freddy is bring him into the real world and stick some dynamite in his body...in 3-D!Yeah, the last 10 minutes of this flick was in 3-D when it was in theatres, because movie executives are god-damn idiots and think 3-D will make ANYTHING look good. But I haven't seen a 3-D conversion, and I hear that the 3-D sucked, so either way, you lose! 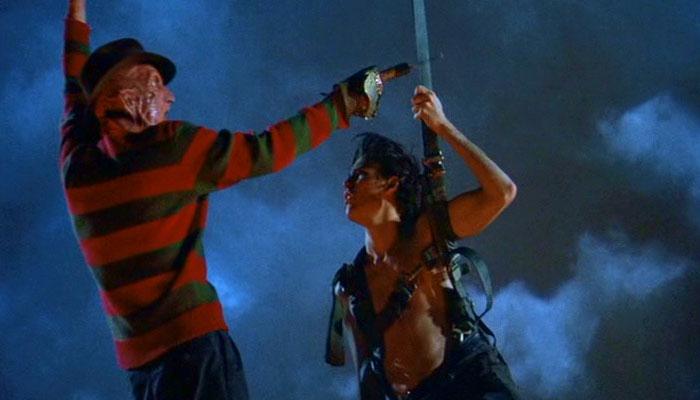 When did this turn into a Wile E. Coyote cartoon? 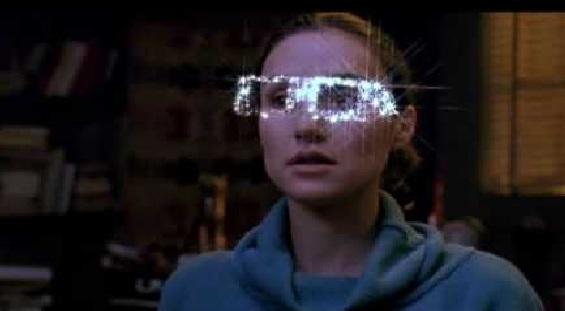 I'll stick to Avatar, thank you. 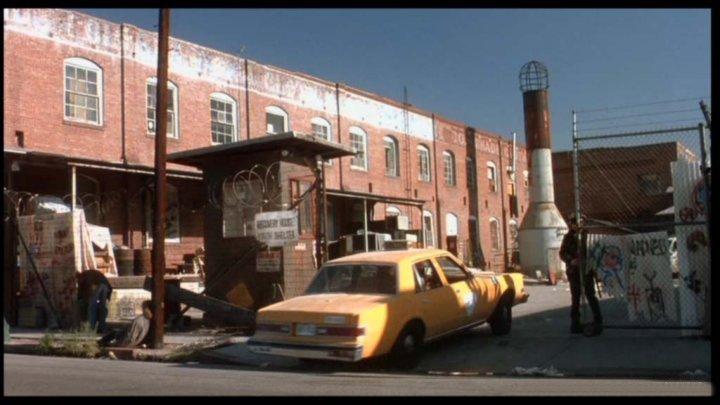 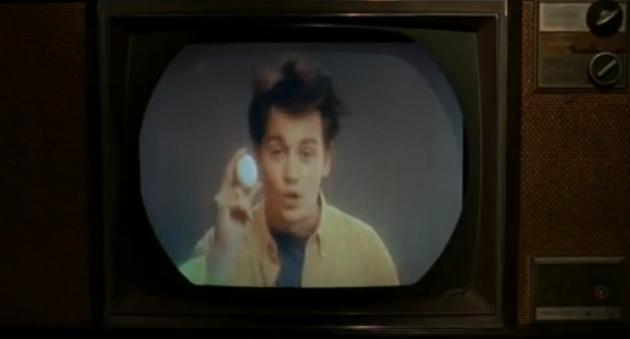 What else can you say? What can you honestly say about this poorly-written and executed heap of shame? No originality, no appealing characters, and certainly no chance of un-seeing this movie again. Definately the absolute worst of the series (and no, I haven't seen the remake).

Well, folks, we're almost done. Next time, we'll be looking at the last of the retro Nightmare series. Will it be any good? Hey, anything after #6 can only go uphill from here. And after, it's Christmas reviews! See ya then!
11
Login To Vote!
More Articles From Nails105

10
Nails105
C.C. : The Dream Master
Does Freddy strike again or has his claws finally gone dull?
An unhandled error has occurred. Reload Dismiss