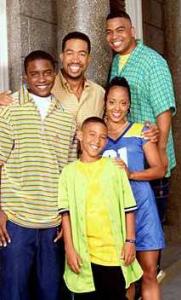 Smart Guy is an American sitcom centering on the exploits of child genius T.J. Henderson (Tahj Mowry), who moves from being an elementary school student in the fourth grade to a high school student in the tenth grade, attending the same school as his two elder siblings Yvette and Marcus. Created by Danny Kallis, the series ran for three seasons on The WB from April 2, 1997 to May 16, 1999. The series was produced by de Passe Entertainment and Danny Kallis Productions, in association with Walt Disney Television. Set in Washington, D.C., the show centers on the misadventures of boy genius and youngest child T.J. Henderson (Tahj Mowry), who at the age of 10 moves from elementary school and gets transferred to Piedmont High School, where he ends up becoming a high school sophomore with teenagers as his classmates. He must adjust to the life with older, but not necessarily wiser, high school teenagers – including his brother Marcus (Jason Weaver) and Marcus's best friend Mo (Omar Gooding). Episodes typically deal with T.J.'s missteps of trying to fit in as a kid genius, while being a small kid in high school, as well as the contrast between his smarts and his brother's underachieving nature. Older brother Marcus Henderson, the suave and underachieving middle child, also deals with teenage problems, such as finding a date and doing homework (though he sometimes tries to get T.J. to do his homework for him). Their father Floyd Henderson (John Marshall Jones), a widowed single father who owns his own roofing business, deals with the problems of raising his three kids: Yvette, Marcus and T.J., since his wife's death. Floyd's only daughter, and Marcus and T.J.'s older sister Yvette (Essence Atkins), usually is the level-headed member of the family – similar to Floyd in that respect – and is the typical overachieving student. 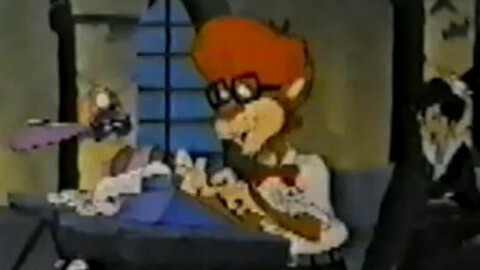 19
DrRockzo
Mighty Max: Looking Back
Restrospective of my favorite TV show growing up

45
tbondrage99
My top 30 movie villains
Just as the title says my top 30 favorite movie villains of all time, plus 3 of the worst
0
basker
My love for the Bionic Six, a superhero cartoon
How I was entertained by the Bionic six cartoon when I was growing up in the eighties
More Articles
Related Commercials 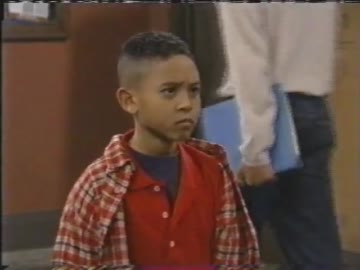 Satellites by Sam in These Guys Are Smart