Birdman and the Galaxy Trio (1967) (Hanna-Barbera Studios.) featuring Birdman/Ray Randall, Birdboy, Avenger, Falcon 7, Vapor Man, Gravity Girl, Meteor Man. A defender of freedom and a champion of mankind, Birdman is a superhero who derives his energy and powers of flight from the Sun. Government chief Falcon 7 of Inter-Nation Security alerts Birdman to various diabolical schemes. From his hollow volcano hideout, Birdman soars into action with a penetrating cry of "Birrrrrrdman!" and a giant American eagle called Avenger at his side. Birdman debuted in the Fall of 1967 on NBC with the back-up series The Galaxy Trio.

6
Quote O' Matic
Golde: "Such a dark and horrible dream! And to think it was brought on because YOU went to see that butcher! -Golde"
Added By: System
Fiddler on the Roof
Related Articles 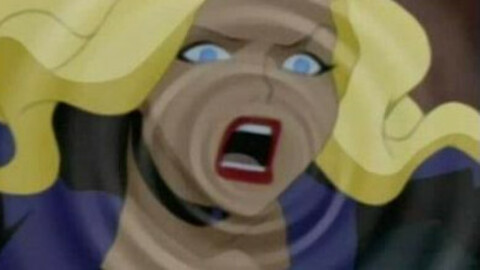 0
Mister_Gone
Return of Cartoon Love (TBK)
An all star top 10 cartoon hotties from 2000 to 2007.
3
System
Johnny Quest Awesomeness
The amazing show that led me to believe in tank-proof spiders, invisible monsters, and that people from India could do totally cool tricks.

34
tbondrage99
Wrestling In My Life
A long and personal account of what pro wrestling as meant in my life.
Related Commercials