WCW, owned by Ted Turner was in it's day the superior brand of wrestling. WCW Monday Nitro won the ratings war for 2 straight years between 1996 and 1998. Nitro debuted in the Mall Of America in 1995 and was well on it's way to the top. In 1996 collosal superstar Hulk Hogan turned heel and formed the NWO and WWF was sucking dust shortly therafter. WCW further secured the higher ground by producing a new superstar in 1997 by the name of Bill Goldberg. The creative genius behind WCW was Eric Bischoff. But by 1999, Bischoff was burnt out. He needed a vacation. In his stead Turner hired Vince Russo, and WCW would soon weaken. In 2001, Time Warner merged with America Online. Unfortunately, the merged company sold WCW due to financial difficulties. The buyer was the WWF, who closed WCW with the ill-fated "Invasion" storyline.

27
Quote O' Matic
Ralph: "(He puts an ice cream cone on his forehead) I'm a unicorn."
Added By: System
The Simpsons
Related Articles

28
Riphard
Defining Moments In My Life
Some important first time events growing up.

4
System
WWE vs WCW
Pro - Wrestling through the 90's. A look at the transformation of the sport in the last fifteen years 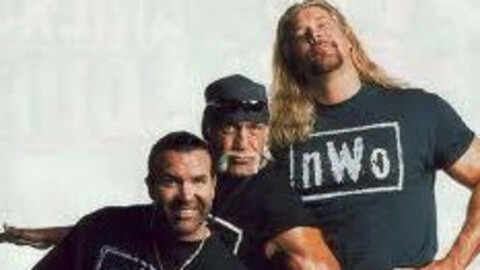