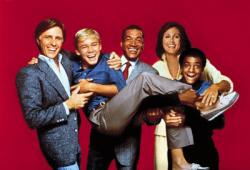 Edward Stratton III likes Pac-Man, pinball machines and electric trains. Ricky Stratton is mature, sensible and understands computers. But Edward is in his 30s, while son Ricky is only 12. Edward is very rich. He also talks like Goofy, has the brains of a speed bump and lives in a mansion furnished by Santa Claus. In the pilot episode, his fortune has been siphoned off through computer chicanery by a scheming business manager while Edward was playing with his choo-choo trains. Along comes Ricky, who spots the scam and restores Daddy's bucks. Ricky had been raised by his divorced mother, and had never known his father. After being shipped off to military school, Ricky finagled an invitation to move in with his wealthy father and soon helped him learn to be a parent, while Edward taught him a little about having fun. Kate was Edward's pretty secretary who he would eventually marry in 1985. Kate, along with Leonard his lawyer and Dexter his fussy business manger all do what they can to get the childlike Edward Stratton III through life. Dropping in occasionally is Grand- father stratton, a stuffy tycoon who had been estranged from his immature son until little Ricky came into the picture. Ricky's friends were: Derek, a conniving con- artist; Alfonso, Dexter's nephew; Freddy and J.T. Cast & Characters • Ricky Schroder as Ricky Stratton • Joel Higgins as Edward Stratton III • Erin Gray as Kate Summers Stratton • Leonard Lightfoot as Leonard Rollins (1982-1983) • Franklyn Seales as Dexter Stuffins • Jason Bateman as Derek Taylor (1982-1984) • Corky Pigeon as Freddy Lippincottleman (1983-1985) • Alfonso Ribeiro as Alfoso Spears (1984-1987) • Bobby Fite as J.T Martin (1983-1984) • John Houseman as Grandfather Edward Stratton II • Ray Wilson as Uncle Harry Summers (1985) • Billy Jacoby as Brad (1985-1986)

9
Quote O' Matic
Commanderette Zircon: "President Skroob!"
Skroob: "(At the urinal) "I TOLD YOU NEVER TO CALL ME ON THIS WALL! This is an unlisted wall!""
Added By: System
Spaceballs
Related Articles 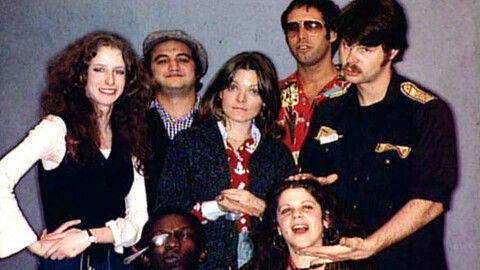 Silver Spoons on WOFL Get Ready for Laughs w. Cast

Silver Spoons Promo on WDZL 39 in Ricky's a Pratical Joker

Silver Spoons on WTTG Fox 5 in Boys Will Be Boys

Silver Spoons on WATL (I Won't Grow Up)