The Adventures of Super Mario Bros. 3 was the second Mario animated series produced by DiC. Based on the Super Mario Bros. 3 video game, the cartoon shows Mario, Luigi, Princess Toadstool, and Toad fighting against Bowser Koopa and his Koopalings, who went by different names on the show. On the show, the Koopalings were called: * Cheatsy Koopa (Larry) * Bigmouth Koopa (Morton) * Kootie Pie Koopa (Wendy) * Hop Koopa (Iggy) * Bully Koopa (Roy) * Hip Koopa (Lemmy) * Kooky Von Koopa (Ludwig von Koopa) Although the reason for their name change is disputed among fans, it is most likely that DiC did not have access to their real names during production of the show, for the company was probably using the Japanese version of Super Mario Bros. 3 as reference. In the game, the Koopa Kids were not originally given names until it was brought over into the US, shortly before The Adventures of Super Mario Bros. 3 went on air. The made-up names were added in place. Apparently, DiC was never informed of the add-on at first glance. Oddly enough, bits from the American version of the game were inserted ("Kooky von Koopa" or referring to King Koopa as "Bowser"), which clearly shows DiC became aware of the change later. DiC likely retained the show names to avoid confusion among viewers. Like the previous Mario cartoon series, the animation was done by Sei Young Animation Co. Ltd, however this show was co-produced by Reteitalia S.P.A., hence the slight differences in character design. Since the show was based on Super Mario Bros. 3, the enemies and power-ups were also seen in the show. In addition to being more faithful to the Mario gameplay, the series was given an established sense of continuity, something that the previous series lacked. The show was also known for having many of its episodes set in "the real world", with "actual" human beings appearing from time to time. Episodes took place in locations such as London, Paris, Venice, New York City, Cape Canaveral, Los Angeles and even Washington, D.C.. One memorable episode entitled "7 Continents for 7 Koopas" was about the seven Koopa Kids invading each of the seven continents. This cartoon was shown in an hour-length time slot on Saturday mornings on NBC with the second season of Captain N: The Game Master in its original run in 1990. All further airings of the series separated it from Captain N. It has more recently been released on DVD in Australia in a full box set made by MRA Entertainment, Europe which one volume out of the four has only been released in Germany, and one single DVD release in the US by Sterling Entertainment Group in 2003. Due to the success of the DVD sets of The Super Mario Bros. Super Show, Shout! Factory released a 3-disc box set of The Adventures of Super Mario Bros. 3 on June 26, 2007.

English credits with Cookie Jar logo (and of course with wrong fps and bad ... 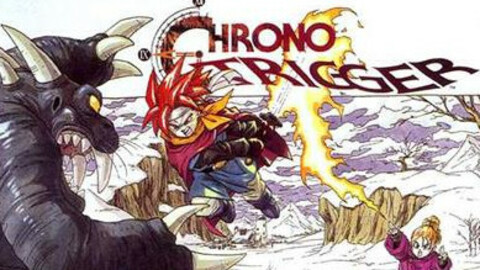