Nomi Malone (Elizabeth Berkeley) has had a rough life. From her youth, she was always in trouble of various sorts. Through it all, though, she's had dreams of show business success. She decides to go to Las Vegas to achieve her fame. She wants to be a dancer, and while she ends up becoming one, it's in a far different form than she expected. She starts out as a stripper at a place called the Cheetah Club and one day meets Cristal Connors (Gina Gershon), the lead performer in a sexually-charged stage show called "Goddess", which can be found at the Stardust Casino. Through some cunning and oft-times devious maneuvers, she goes from the seediness of the Cheetah Club to a spot in the chorus line of "Goddess" to finally becoming the star of the show. She soon finds out that fame isn't all it's cracked up to be. Many people have questioned the intentions of this movie. Some people have thought of it as a drama, while others have considered it a satire on the entertainment industry's view on women, and yet others have thought of it as an unintentional comedy. Whatever the intention was, it was a box-office flop in 1995 and the critics hated it, too. Over the years, though, it's become a cult classic on many levels. MGM, the distributors of the movie, had tried to do that intentionally after it won a bunch of Razzies in 1996, but it didn't work. The movie gained a cult reputation on its' own. No matter how you view it, "Showgirls" is easily one of the most interesting movies of the 90s. Oh, and of course, there's lots of T&A!

This is the theatrical trailer with the United Artists logo and a Coming So...

This quick ad for the V.I.P Edition DVD, which unfortunately has lost some ...

Originally posted to YouTube by TheRealFatsquach, this is Siskel & Ebert's ...

This teaser trailer was originally posted to YouTube by popitko.
Posters

17
dg
Carolco Pictures
Take a look at the most successful independent film company and how it fell. 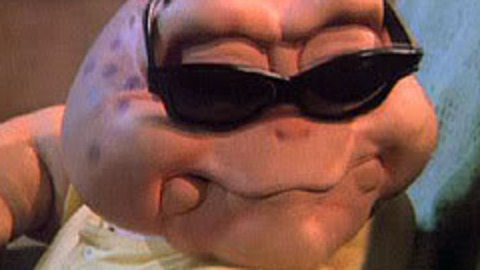 13
Caps_2-0
Under The Covers
Not all cover songs are bad...Here are a few of my favorites.