Why it will always be next year in Cleveland
By MrCleveland
On
George Carlin told us about the "Seven Curses", words you can't say on TV, but now with LeBron James leaving Cleveland and being Sports Public Enemy #1 not just in Cleveland, but all around the Nation...it seems The Cleveland Curse still lives!...Or did LeBron take it with him? Anyhow, I could find "Seven Curses Of Cleveland Sports"...More like Seven and a Half, and I'll tell you later.... 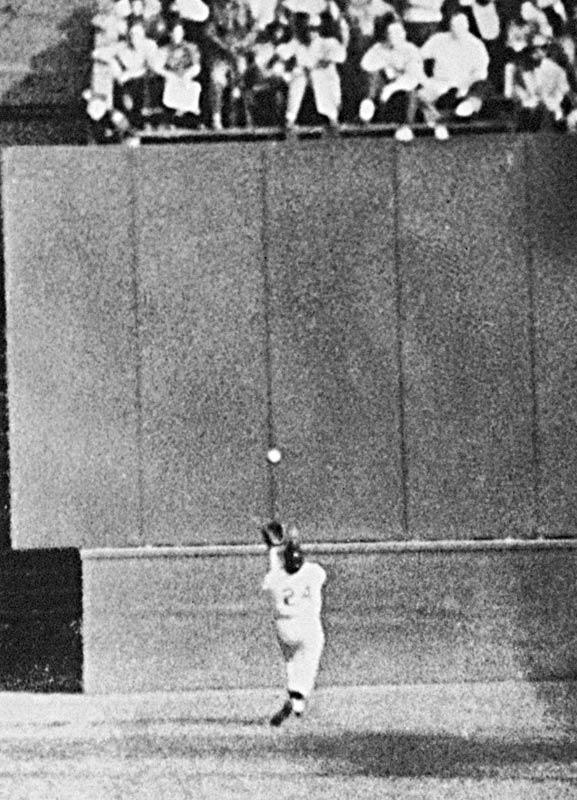 But it would be Game 1 of the 1954 World Series where things would change. It was the 10th Inning and Vic Wertz was at bat and the ball went to Center and...Willie Mays caught the ball. Later, The Giants would win the game as well as the Series in a sweep!

Result-This was the last World Series that The Giants Franchise has ever won to date, but would return to The World Series shortly in 1962, 1989, and 2002. The Indians though,would have a 41-Year Deficit in the World Series. 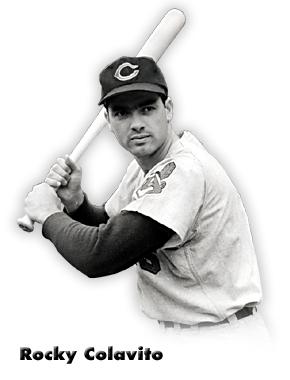 In 1959, The Cleveland Indians were almost World Series bound with Right Fielder Rocky Colavito. But in 1960, Indians Manager Frank Lane would trade Colavito for Harvey Kuenn who was playing for The Detroit Tigers. Frank Lane wanted to stump Colavito's popularity and made The Indians lurk in the cellar for 35 years!

Result-After The Trade, The Indians would never see a winning season until 1995. But The Detroit Tigers would win in 1968 and 1984...without Colavito! So both teams didn't gain much and the Indians lost big! Even today, The Colavito Curse still remains on The Cleveland Indians (Though Colavito denies this).

There's even a book by Terry Pluto called "The Curse of Rocky Colavito: A Loving Look at a 33-Year Slump" (Now it may be 50). 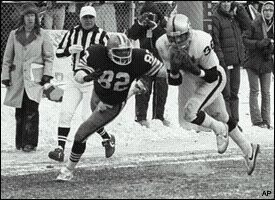 Sipe would throw the football to WR Ozzie Newsome, but it was intercepted by Raiders DB Mike Davis. This would end The Browns Cinderella Season and make The Raiders Season end with a Super Bowl Win!

Result-The Browns would resume their playoff-bound seasons, but would stop short in the AFC Championship (See Below). 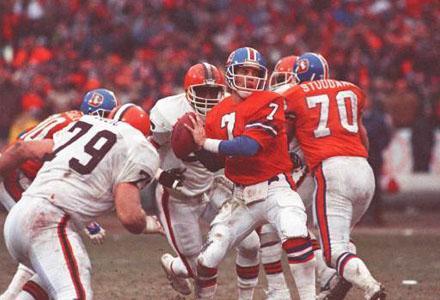 But John Elway would stop that...at The Broncos 2-yard line, Elway would make 15 passes which would span 98 yards! This would tie the game and send it into Overtime. Despite The Browns having the advantage in Overtime, they didn't get the job done and The Broncos would win by a Field Goal.
Result-Two More Attempts and one VERY hard game, which is 4 1/2. 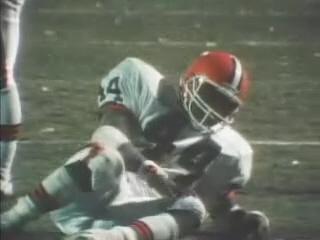 This in a way counts as The Browns-Broncos Rivalry of the 80's. It would be a rematch of 1987 AFC Championship, so this is why it's 4 1/2 rather than 5 since it has as much pain as The Drive.

The Denver Broncos were up 21-3 by Halftime, but Bernie Kosar would dominate the 2nd Half by scoring 4 Touchdowns! With 1 Minute left in the game, Kosar would hand the ball to Ernest Byner who would be tackled by Broncos DB Jeremiah Castille and Byner not only lost the football, but The Cleveland Browns would lose the game!

Result-The Broncos would try again for another Super Bowl win, which would happen 10 years later. But there was another attempt in 1990, but it was mostly Denver's Game. 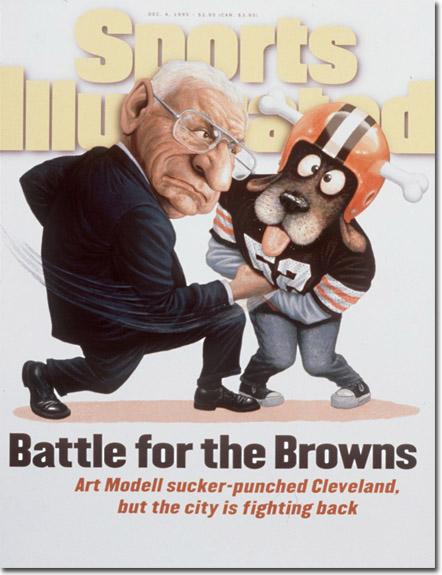 Probably the WORST Cleveland Curse ever would be "The Move"! When The Cleveland Indians would have a new Stadium called Jacods Field (Now Progressive Field) and The Cleveland Cavaliers would also have a new arena called Gund Arena (Now Quicken Loans Arena), Art Modell who owned the Cleveland Browns since 1961 found out that The Cleveland Stadium wasn't suitable and he tried to have an issue for renovating Cleveland Stadium. Instead...he signed a deal with Baltimore to return Pro Football there despite the approval of tax money to a new stadium for Cleveland. 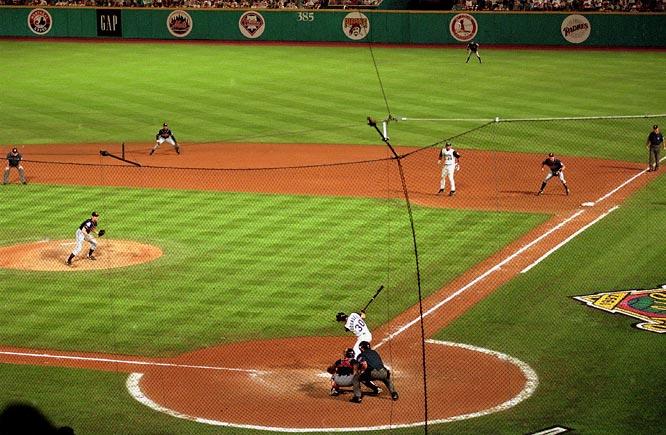 I didn't know what to call this curse, but it still leaves a bitter taste in Clevelanders mouths. The Cleveland Indians were leading the game 2-0 by the 7th Inning. But in the 9th, The Indians get Jose Mesa to end the game, but instead he ties the game and leads it into Extra Innings. Two Innings later, Charles Nagy would make a pitch to Edgar RenterÃ­a. The ball bounced by Nagy and The Marlins would win their first World Series, while The Indians wouldn't see another World Series!

Result-As I mentioned before, after 1997 The Cleveland Indians haven't been to The World Series. In 2007, they were close, but would Collapse under pressure by the Boston Red Sox. The Marlins however, wound-up in 5th Place the year after, but would win another World Series in 2003 against The New York Yankees. 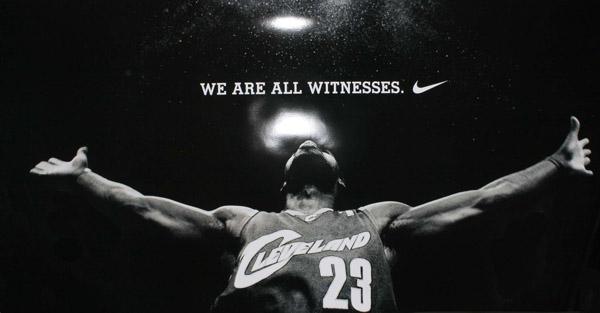 Result-Cleveland had a LOT of Heat more than Miami Heat would ever have! Dan Gilbert would denounce LeBron James being ignorant...the he would apologize to the NBA. LeBron apologized to the NBA too, but LeBron's apologies aren't enough for Cleveland who has the worst sports deficit ever!

15
Quote O' Matic
Mrs. Sherman: "Maybe if you wish hard enough and love long enough, anything can happen. -Mrs. Sherman"
Added By: System
The Boy Who Could Fly
Related Articles 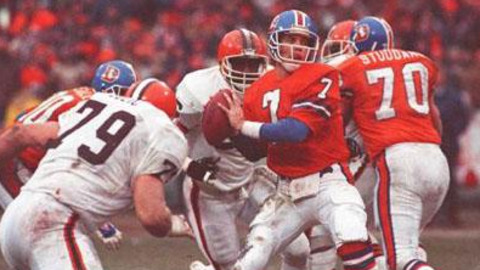 18
MrCleveland
The Cleveland Browns of the 80's
Sure, today's Cleveland Browns are...awful, but there was a time when they could've been Super Bowl Bound!
An unhandled error has occurred. Reload Dismiss