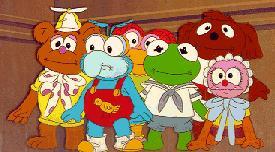 Ah Jim Henson's Muppet Babies, Who could forget these cute and funny characters. You had Fozzy, Kermit, Miss piggy, Gonzo and others. To me the most interesting thing about this show was that Nanny's face is never shown to my knowledge. What a great way to start a Saturday Morning. 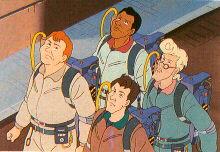 Slimer! And The Real Ghostbusters (Abc 9am)

Who ya gunna call? thats right Ghostbusters! oh and Slimer Too! In 1986 The Real Ghostbusters premiered and by this time it was renamed to Slimer and The Real Ghostbusters. Same characters just more slimer pretty much. Ghostbusters was a fun cartoon with the feel from the movie even with all the one liner's and jokes from Peter. This was indeed one of my favorite cartoons and the DVD set is amazing. 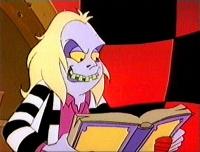 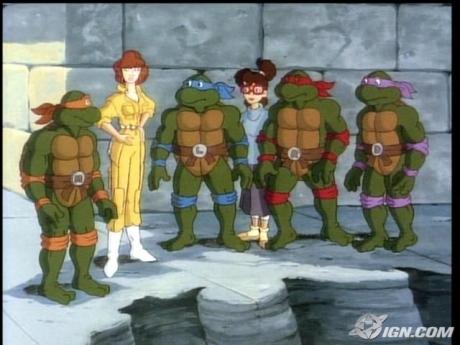 
Both of these shows were great so that is why I decided to choose them both. I got used to watching Beetlejuice after school and TMNT on Saturday mornings so as a true Saturday morning cartoon I would choose TMNT. For being a spin off of a movie BJ lasted longer than I thought it would and as far as TMNT, I will ALWAYS be a fan and after 25 years they are still running strong. 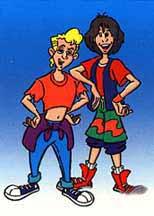 
Bill & Ted were back in action and this time in animated form. The show only lasted 21 episodes but in my opinion it was a fun show and actually wished it would've lasted longer than what it did. I remember around this same time the cereal was also released and that was always good to go with my Saturday morning lineup. 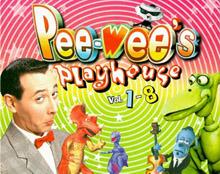 
Call me weird but I was a huge fan of Pee Wee Herman. I enjoyed his t.v series, his movies and even his cameo's in a couple of Cheech & Chong movies haha. The cast of characters on this show were great! You had Jambi, Pterri, Miss Yvonne, Chairy, Magic Screen, Cowboy Curtis and the list goes on... I bought the series and to be honest there is alot of perverted comments made in this show that I didnt get as a kid but now I do. Anyways still adventerous show!


Well That would rap it up for my Satuday Mornings I know im forgetting a few great toons that were on during this time that I flipped through and even watched such as: garfield & Friends, Mario bros, Bobby's World & New Kids On The Block but for the most part these shows that I mentioned were my main focuses on Saturday Mornings Spring 1991. Thanks for reading.
40
Login To Vote!
More Articles From SbtbNut 29
Quote O' Matic
Peggy: "Did you even happen to notice that Luanne was crying when she left here?"
Hank: "Well, when isn't she crying? She cries at weddings, she cries at funerals, there's no rhyme or reason to it."
King of the Hill

7
retrofan01
We Came, We Saw, We Xennialed (Part 3 of 3)
Time to Put on Your Cuffed Up Light Stonewashed Shortalls, Sunglasses, and Sports Team Shirts
An unhandled error has occurred. Reload Dismiss