I Can't Watch It

Movie Scenes That Have Haunted Me In Childhood Through Adulthood
By UrDone
On
First time writer here but a frequent vistor to the site for the past few years. There is nothing like really finding a great article on this site that stirs a memory that hasnt been used in decades, the feeling is priceless.

Hopefully I can do this for some out there with this article.

Something that always brings me back to my childhood is movies, especially ones that make a lasting impact growing up. But for the purpose of this article I am just going to talk about particular scenes from movies that are not necessarly scary but have branded such a shocking image in my brain that I find myself having trouble watching these scences today like some Freudian pyschological problem. So I find myself conviently changing the channel during these "horrifying" scenes:

Probably the first movie I saw in theaters as a 5 year old kid. I love the movie, still do. But the scene where that old lady ghost comes and steals baby Oscar from his crib and rides away past the skyscrapers of NYC scared me to no end. I kept thinking she would be coming for me next, and how could you stop her? She comes right through your window! Made me feel completely vulnerable. 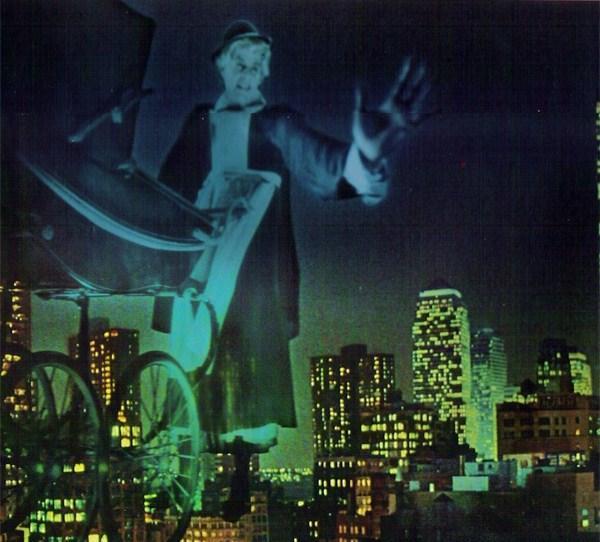 After seeing Home Alone in Theaters I like many kids yet to hit double digits in the age column thought Macaulay Culkin was our God. Creating traps that foiled robbers, stealing toothbrushes and successfuly getting away from the cops, sledding down stairs and most importantly shopping at the supermarket on his own! Awesome! So of course I couldnt wait for the Mac's next movies. Besides the Home Alone sequel My Girl and the Good Son were next. I sat through My Girl which was decent enough but had some creepy moments like the girl getting locked in her dads funeral palor and then of course my idol being reduced to asthmatic loser. And then he dies at the end! From bees!?! BEES!!?! The fact that it made me realize my idol was mortal had me think about my own mortality and I remember having this discussion about this and "My Girl" with my best friend down the block and convincing myself I saw Mac breathing or blinking in his coffin. 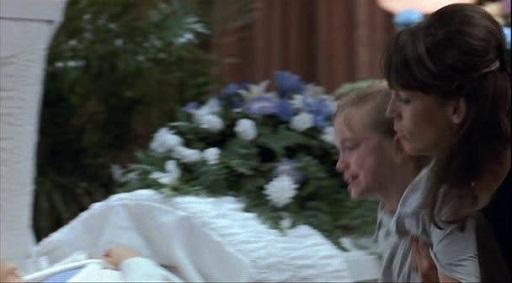 Now to the lesser extent in The Good Son. I had to watch this in secret at a buddys because it was rated R and Mac was here cursing and doing some real evil things which was eye opening for me but I still find myself rooting for him in the end and his own mother drops him off that cliff! 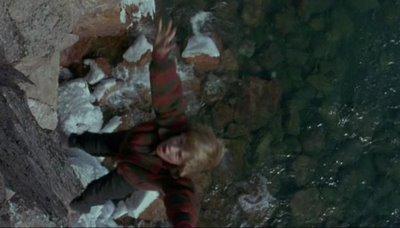 3. Robin Hood
Loved the movie, it had everything a young kid needed, battle scenes, chicks, witches and some cool dialouge. (Learn how to use the F Bomb from Christian Slater when he flung Kostner and Freeman over the castle wall). Now there was some creepy scenes in the being where Kevin Costner father gets killed and then he finds him hanging from a tree but the scene I find the hardest to watch to this day is the scene where the Sheriff of Nottingham kills his own cousin with a sword the Guy of Gisborne (Michael Wincott a great character actor) for letting him down. Made me think I could never do something like that to my cousin. The scene is intense to watch especially if you know what coming. 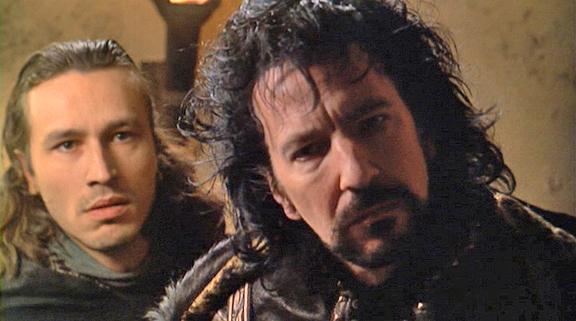 Not a scary movie but a sad and somewhat depressing movie about a man looking back on his childhood and reflecting on his estranged little brother. Very hard to watch to this day. Elijah Wood and his younger brother Joseph Mazzello build a plane out of their Radio Flyer so his younger brother can get away from his abusive dad. The ending is sad when the dog is shot and when Elijah tells him mom that his brother isnt coming home.

A weird follow up for an 8 year old to see in theaters that was a lot darker than the first installment. But the scene that troubled me was when Christopher Walken gets killed and they see his burnt face under the rubble. Quite a whoah moment for a kid. 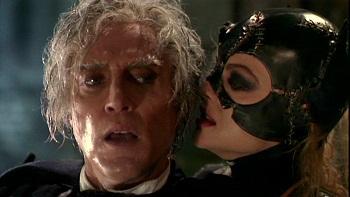 Jaws is one of my favorite movies of all time. Robert Shaw one of my favorite actors. But when I was little this movie scared me to no end. Cant even go in the pool with out the Jaws music in my head. But the ending is so crazy and the way Quint (Robert Shaw) dies sliding slowly into the sharks mouth, spitting blood eveywhere was painfull to watch. 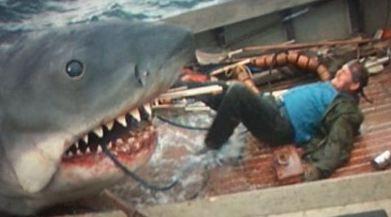 this is gonna hurt but at least Im drunk

In Jaws 3 a terrible movie but a scene that troubled me as a kid was when the sharks breaks through the control room(looks totally fake) and eats the innocent scientist who happened to be in the wrong place at the wrong time was a bummer. All those people in there and the shark goes for the black dude? At least Louis Gosset Jr got away! Yes! 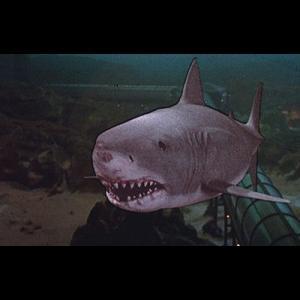 What??? Yeah Fried Green Tomatoes this isnt a typo. This goes down as a Macaulay Culken redux. Now at this time in my very early teens with a new idol Chris O' Donnell. Batman Forever was jam for that year so I decided to catch up on O'Donnell past films. School Ties was awesome and still is, next I decided to check this one out with some reluctance. But again I was caught off guard when they killed O'Donnell off in the begining of the film by getting his shoe caught on the train tracks and having a train smash the Boy Wonder into the ether. 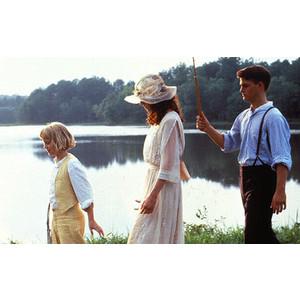 Chris maybe you should take the bus
8.Saving Private Ryan
One my favorite movies of all time. War movies were not made quite like this before. It started my apperication for all veterans and led fascination with history to this day. There are many disturbing scenes from the opening scene, to the death of the medic (Giovonni Ribsi) and Jackson in the bell tower. But the worst scene that I honestly have trouble watching today is Adam Goldberg being killed in a hand to hand combat fight with a German solider, being slowly stabbed to death while his partner was right outside with ammo. You have to remember in past movies the Americans always won but this scene was a game changer, it showed our own mortality as a nation, we were not invincible 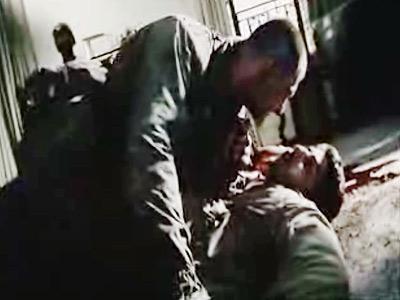 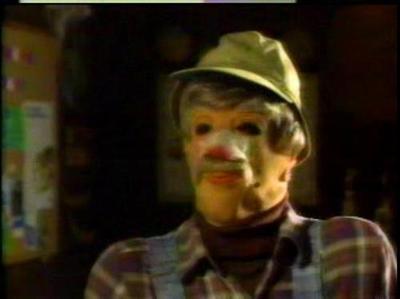 Let's see what's in your brain
22
Login To Vote! 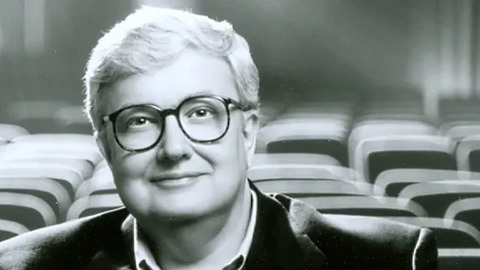 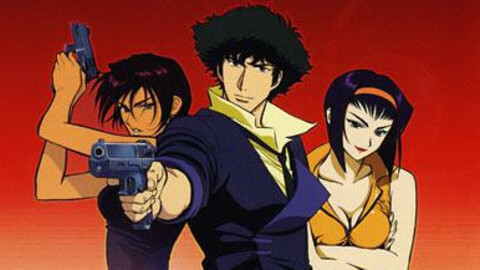 11
The_rambling_nerd
What the hell is Anime?
Something different from what everybody else was watching 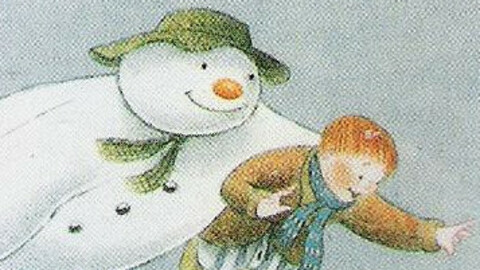 5
RetroEd
The Snowman
Fans and friends... It's definately a must watch!
More Articles
Related Commercials 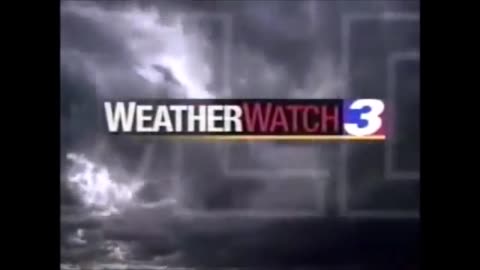 KNXT The Channel 2 News The One To Watch
More Commercials
An unhandled error has occurred. Reload Dismiss