I'd rather have detention than watch this movie again.
By Nails105
On 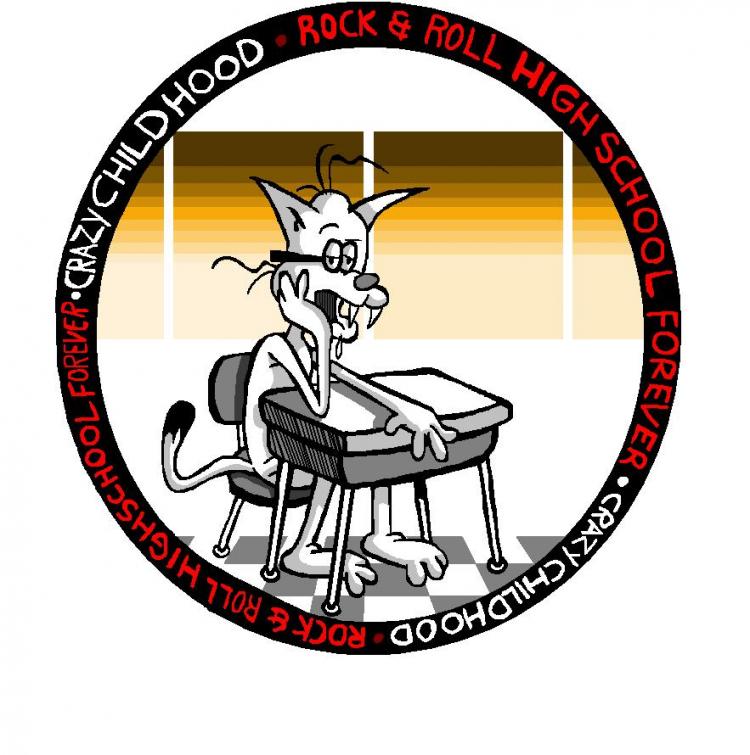 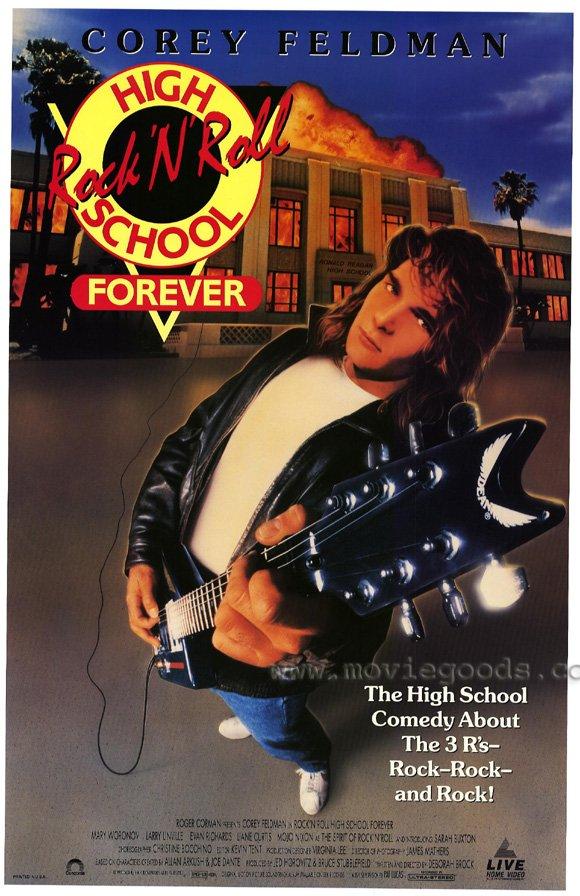 It may not get the three R's right, but it gets the three L's right: Lame, Lame, and Lame.

You know those double/triple-feature DVD's that seem to haunt the shelves of the entertainment section of a store? The ones with about 2 or 3 movies that have nothing to do with each other stuck together in one craptastic offer? Aren't those just amazing? You pick up one of those and you have no idea what you're gonna get. 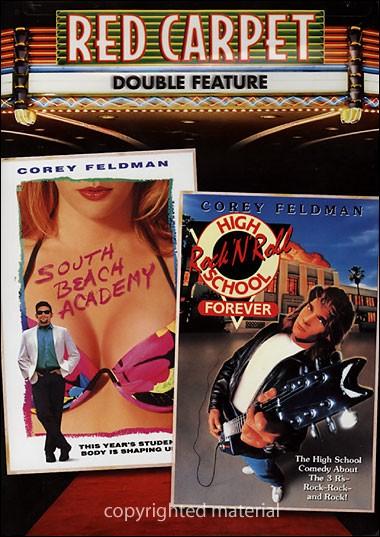 I picked up this baby at a bargain shop not too long ago (it's now resting in a donation bin...yeah, it's THAT bad) for just $4. Two retro Corey Feldman movies for such a cheap price? Count me in! I especially like how it calls itself a RED CARPET DVD, like they think that these movies are truly red carpet worthy. Though, in my opinion, the only way I see that carpet being red is if the blood from those who made these pieces of crap were used to made the fabric for the carpet.

The first film I watched on the DVD was the 1996 film South Beach Academy, which I would honestly review on here, if I could find any pictures. Before I get to the feature presentation, let me just give some advice to those pondering about this film: don't watch it. It's seriously a pain to watch. There's nary a joke in sight, the acting is awful, the plot is unrealistic and predictable, it looks like something Cinemax wouls shit out, and for a Corey Feldman film, he's pretty unecessary and serves no purpose in this film. The only good things I can say is that supporting actor Al Lewis and cameo Ron Jeremy do an OK job, and there's the nudity and the sex scenes. They have no connection to the story, but they're better than the whole thing. Avoid at all costs.

Oh, wait. I have another film to review.


Anyways, the other film on the DVD was a 1990 film called Rock & Roll High School Forever, a sequel to a 1979 film simply called Rock & Roll High School. I never saw the first film, and looking back at the second film, I'm not sure I want to. But there seems to be no worries, though. From what I can gather, there's little to no reference to the first film whatsoever, so I guess there's no need to worry about it. 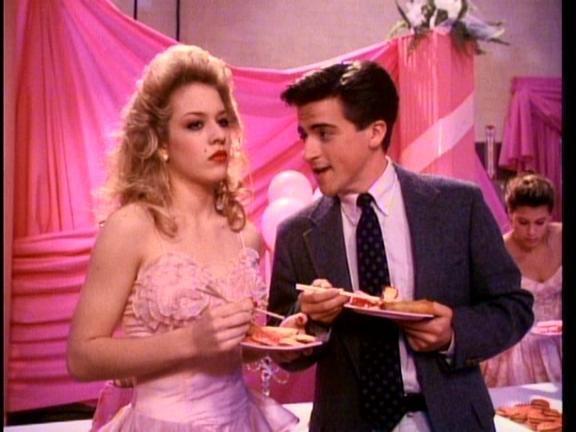 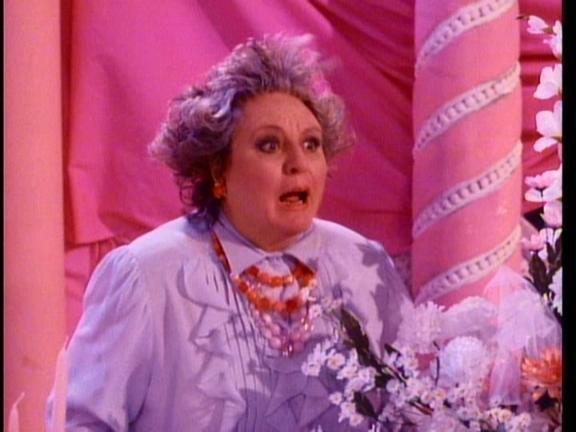 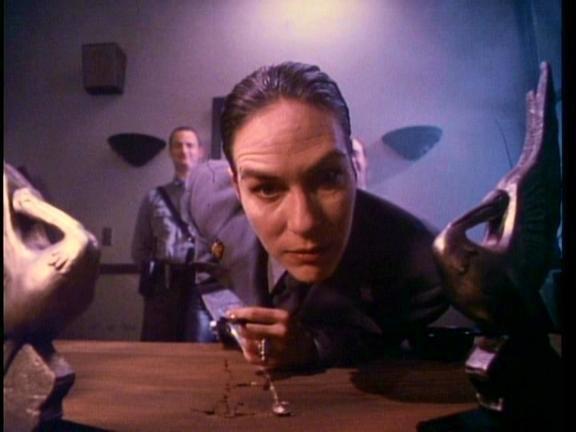 "Is this film annoying yet, audience?"

High-schooler Jesse Davis (Feldman) and his band, the Eradicators, must "eradicate" the un-fun laws of the school's new lady vice principal, who's name is D. Vader.


Get it? Eh-heh....
But before they can move the plot forward, members of the band have their own problems, one of them having a relationship with a teenage witch, and another dealing with the school's clique.

There are some mild chuckles here and there, but probably the one that actually made me LAUGH was a scene where two school security guards make every guy take a pee sample.

Three of the guys bring packs of apple juice to pour into the cups where they're supposed to pee into. The guards, of course, don't know it's apple juice. Then, the three guys then drink the apple juice, making the guards think it's pee. It's not the trick that's really that funny, but it's the reaction to the guards that make me laugh. That alone is worth it to at least rent this film. 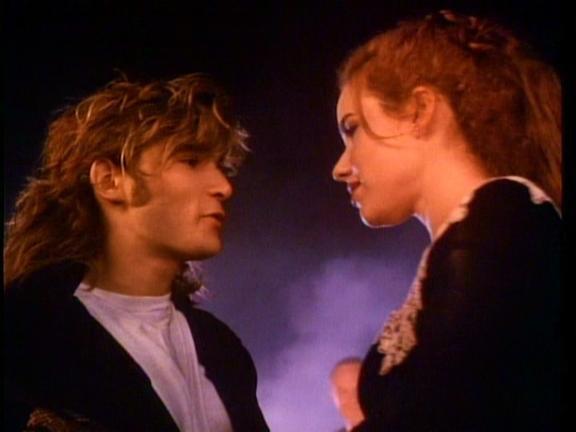 "I just destroyed the whole school. Wanna go out?"

Remember in The Magic Voyage, where you got the once-in-a-lifetime chance to hear Corey Feldman sing? Well, you get that here, and it's not as bad as The Magic Voyage, but it is pretty annoying. If only Val Kilmer wasn't busy with The Doors. I guess the people who made The Magic Voyage saw this movie and figured "Hey! sign this guy up! He's got the magic!"

There's also some character called "The Spirit Of Rock N' Roll" (played by the guy who played Toad from the Super Mario Bros movie) that just comes out of nowhere near the end of the film just to sing a random and give random advice to our hero. There's no mention of him at all beforehand, and there's no mention of him later on. Call it a Bip-Lipped-Alligator-Moment, if you will.

The movie tries to be an over-the-top high school film, but there's nothing that over-the-top at all. The only thing out of the ordinary is the villian of the movie has a claw for a hand and is named D. Vader, and that's comes off as ridiculous and unnecessary. I'll even admit that Heathers was both over-the-top and realistic at the same time, and I STILL can't figure out what to say about the movie! 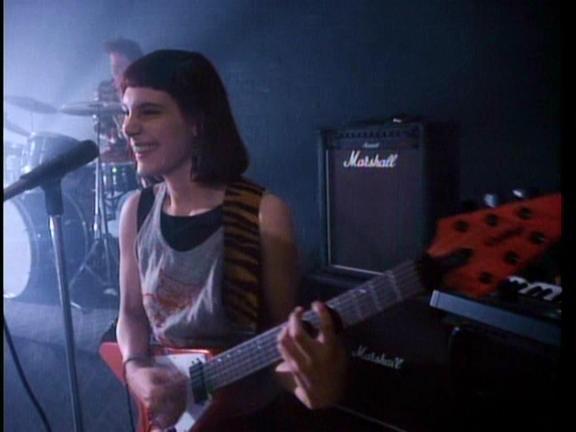 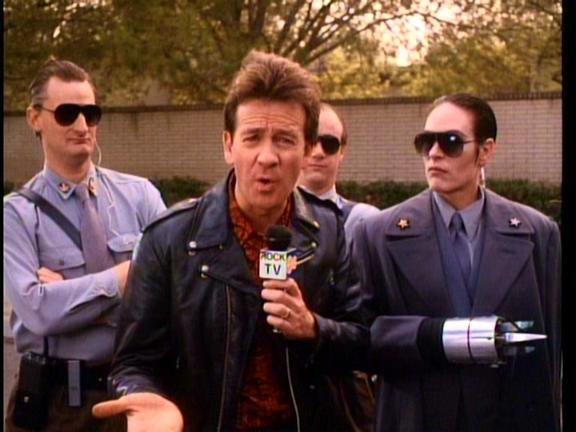 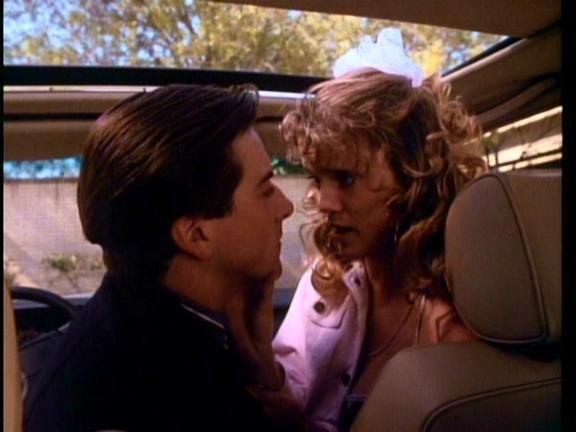 Ummm...can we see something else, please? 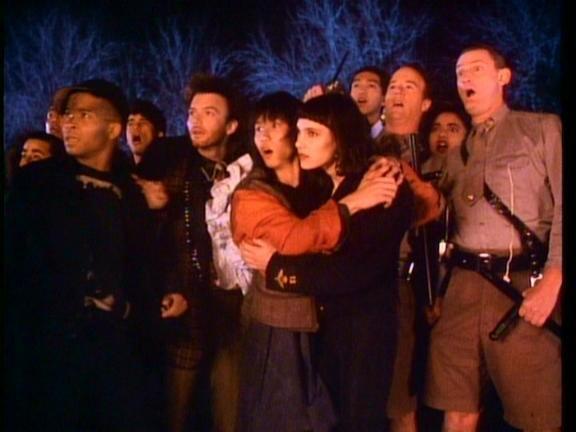 The whole school watches TWO DOGS DOIN' IT in awe.

Rock & Roll High School Forever has a long and annoying title, and the movie sure annoying and feels long to me. It's just not funny to me. In gact, it's boring. Both this and South Beach Academy are available on the same DVD, which is actually an insult. Not only do I say skip this film, but ignore the DVD altogether. Leave it for those with no taste.

17
Caps_2-0
The Neon Screen
An illustrated poem about my favorite decade for movies...
An unhandled error has occurred. Reload Dismiss