The Plot Analysis Of The 80s Slasher Flick, Madman. Also known as Madman Marz
By nick
On 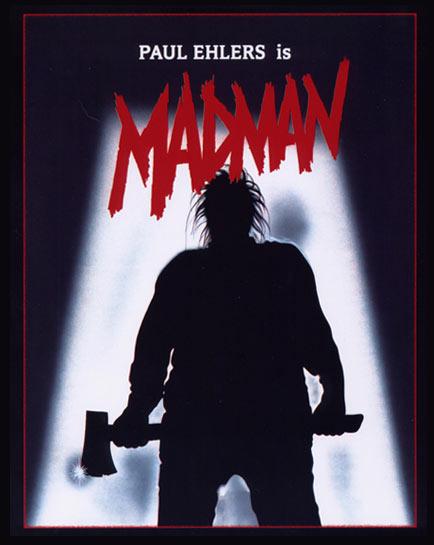 While attending a youth summer camp for gifted children, pre-teens call out the name of serial killer "Madman Marz" above a whisper. Camp counselors begin being maimed and slaughtered by the backwoodsman who returned when his name was called.

The film opens to a very detailed view of the credits with creepy music playing in the background. We see that T.P, one of the head counselors at a camp, is telling a scary story around a campfire to the campers and other counselors, which consist of the sweet, innocent Betsy, Ellie the annoying screamer, Dave the peculiar hottie, the smart, courageous Stacy, Bill the quiet but macho guy, and Max the 40-year-old head counselor. 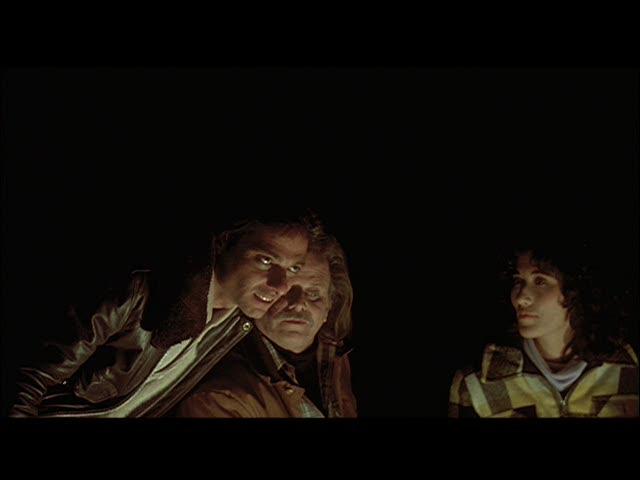 After T.P. finishes his story, Max begins to tell of a man named Madman Marz, who killed his whole family with an axe, and was convicted, hit in the face with an axe, and hung for his crimes, only to break free of the noose and disappear into the woods. Max continues by saying that anyone who says his name above a whisper will awaken him and cause him to come back and kill that person. All of a sudden, Richie, a cocky teenager, stands up and screams Madman Marz, throwing a rock into his old house, smashing a window. Max gets annoyed at Richie and ends the campfire, sending everyone to their cabins for the night, while he goes into town to retrieve supplies to help tear down the camp, since it was to end the next day. While they go back to the cabins, Richie sees Madman Marz up in a tree, and goes to see if it's really him. 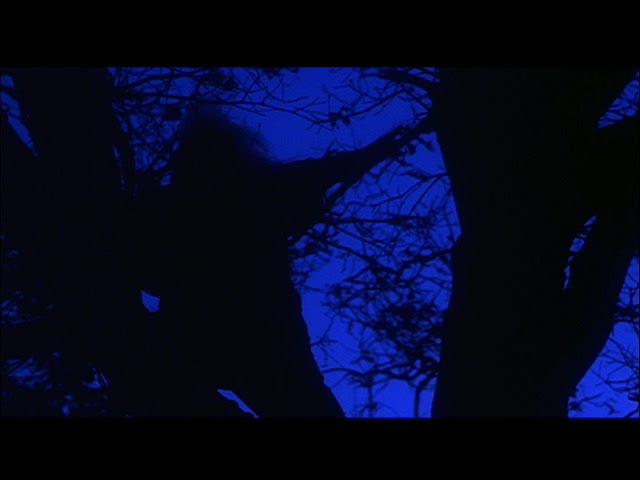 Everyone else gets back to camp, and Max and Dave try to retrieve the axe they had used to cut wood, out of a log, but it won't budge. The cook, Dippy, comes out, and wishes them all a good night, right before Marz comes in and rips his throat out, and rips the axe out of the log. T.P. tries to get Betsy to go out with him, but she refuses, causing a scene. After the kids have gone to sleep, the rest of the counselors see Max off and go into the rec room to relax. T.P apologizes for being rude to Betsy and she goes with him to have sex in the hot tub, all the while being watched by Madman Marz. Stacy, Bill, Dave and Ellie, meanwhile, are sitting in the rec room by a fire, listening to one of Dave's weird monologues. 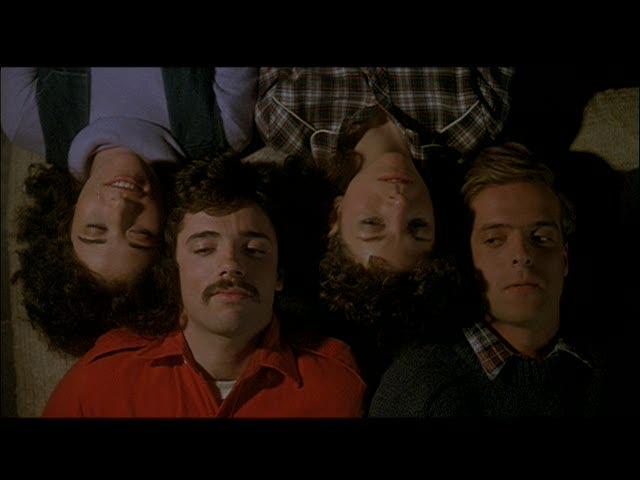 After this, Dave is called out to Richie's cabin, and the boys there tell him that Richie never came back, so he goes and informs the others, who are all rejoined up with each other. T.P decides to go and find him, and sets off into the woods, carrying a flashlight. He comes across an opening and calls for Richie, who is busy wandering around the woods looking for Marz. All of a sudden, a noose falls over T.P's neck, and lifts him up into the air on a tree branch, he quickly grabs it and hoists himself up, only to have Marz grab his leg and pull him back down, snapping his neck on impact. Back at the camp, Betsy and Stacy begin to talk about T.P, Stacy believes that T.P only wants sex, and apologized because he knew he would get some, but Betsy thinks he's a nice guy who really likes her. After a while passes, Dave decides to go find T.P and Richie, telling Ellie and Bill to tell Betsy and Stacy. Dave ventures out into the woods and comes across T.P's hanging body, and panics, running farther into the woods. Marz is right behind him with the axe and begins to chase him, swinging it left and right. Dave finally falls over a fallen tree branch and is decapitated by Marz with the axe. Betsy wants to talk to T.P, but finds out that he's still gone and begins to worry. Richie, meanwhile, is still out in the woods, but is now looking for the road back to camp, or someone to take him back.

Stacy finally decides to take the car down to see where everybody is, suspecting that T.P's just playing a trick on them. So she gets into her car and drives out on the road, towards the woods by the campfire spot, and Marz's house, where we see him run out of. Stacy begins to look around for Dave, T.P, and Richie, but finds nothing, except an abandoned flashlight in the clearing where the two were killed, only T.P's body is now missing. Stacy begins to look around, and sees blood on the trees and starts to panic, hurrying through the woods, until she spots Dave's head laying on the ground. She stifles her screams and rushes back to her car, and starts to drive away, only to have her engine stall, so she carefully gets out and opens the hood, looking for the problem. All of a sudden, Marz jumps onto the car hood, smashing it down on Stacy, decapitating her on impact.

Ellie and Bill have gone to have sex in the woods, leaving a worried Betsy back at camp. When she doesn't hear any word back, Betsy goes into the woods to find Ellie and Bill. Once she does, she tells them that she has to stay at camp to watch the kids and wait for everyone else to show up, and that Ellie and Bill should go and try to find them. Ellie and Bill get dressed and take Bill's car out to look for the others, while Betsy goes back to camp. While looking through the woods, Ellie sees Marz at Stacy's car, and begins to scream, making him run away and Bill come up to see what's wrong. She tells him that she saw a man there at Stacy's car, so both of them go up and decide to drive back to camp. The car won't start, and Bill gets out to see what's wrong, he pops open the hood and sees Stacy's head on the engine! He gags, making Ellie curious enough to get out of the car and see, where she screams, and has Bill knock it out with his flashlight. Then they get back in the car and hurriedly drive away, only reaching the end of the road, when Bill is pulled from the car window, causing the car to crash into a tree, and Ellie to fall out of the door and into a ditch. She looks up and watches in horror, as Bill has his back broken in half by Marz, and runs away, presumably back to camp. 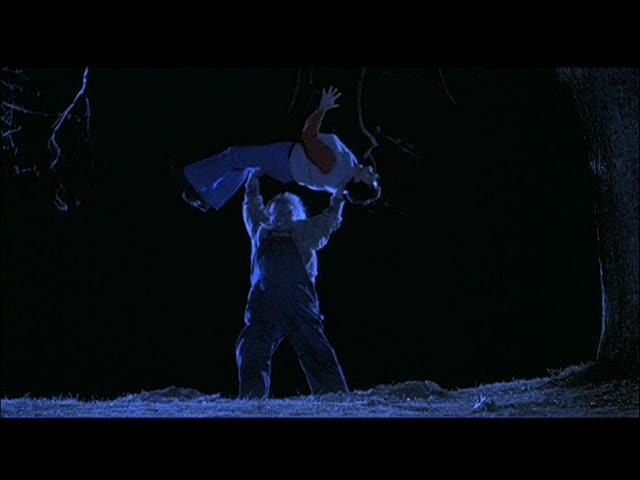 Betsy is in one of the girl's cabins and doesn't see Ellie come back and try to find her. Ellie then goes into the kitchen cabin and tries to find Betsy, but with no luck, she goes to go outside when Marz appears at the door, chasing her all through the cabin until she hides in a refrigerator. Once she thinks he leaves, she climbs out and tries to leave, only to have him spring up and hit her with the axe. Betsy finally leaves the cabin and sees Marz running around the campgrounds, so she grabs a shotgun and quietly makes her way to the open-doored kitchen cabin, only to have a non-dead Ellie pop up, causing her to shoot her friend in the face. Once she realizes that Ellie is dead, she runs and wakes up the kids, telling them to get into the bus they took to get there. They quickly do and she joins them, and begins to drive the bus away from camp, only to have Marz pop up at the door and try to get in, Betsy can't shoot and drive at the same time, so a little girl hits his hand with a metal baton, making him let go. Then she stops and has the oldest boy drive the rest to safety, while she goes to kill Marz and save her friends. So she gets out, and follows Marz to his house out in the woods. Once inside she tries not to make any noise, but makes a step creak, causing him to come at her in the darkness, where she shoots him with the rifle. 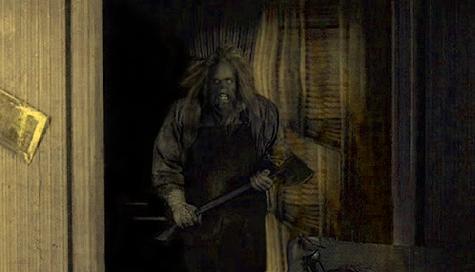 He then snatches it from her during a struggle, when he hits her in the face with his long, sharp claw nails, ripping her face open. He then drags her towards the basement, while she screams and tries to get away, but at the bottom, he shoves her up onto a coat hanger poker, and as she dies she pulls out a knife she had in her pocket, and stabs him in the shoulder, and dies. He turns around and knocks over a candle, illuminating his face, and quickly leaves, but while the candle begins to burn everything, we see all the dead people he had killed, including the skeletons of his wife and two children, T.P, Bill, Dave's headless body, Stacy's headless body, and now Betsy. 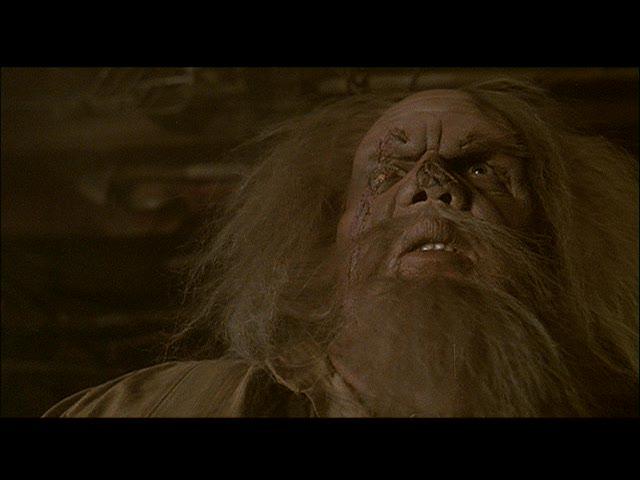 Plus, we see Max driving back to the camp and almost hitting a shaken Richie, who now says that Madman Marz is real.
2
Login To Vote!
More Articles From nick 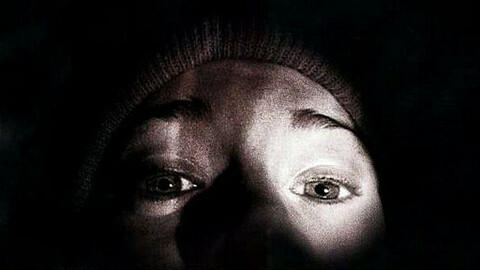 7
Quote O' Matic
Pretty Boy: "Missed it by that much."
Added By: Clint_Olson
Teacher's Pet