I couldn't resist...neither can you
By mikemonmouth
On
So after the other article on Non-Sports Trading Cards and all the positive feedback I received I decided to write another one. So many different types of cards, too many to cover and too many memories to share...but I'll try...yeah i will. 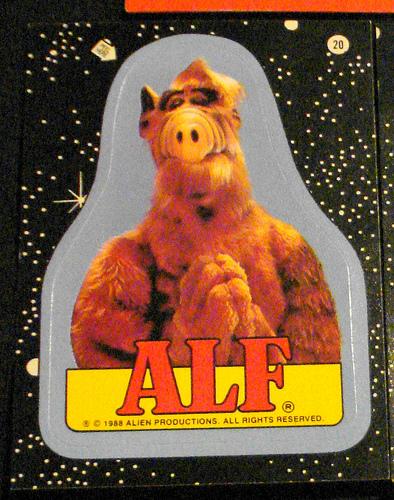 Alf Cards: The alien from Melmac that tried to eat cats not only had his own show, but yes! even some non-sports trading cards. Why did they make them? No idea, but they were really different in that there were screen shots from the live-action show but also illustrations of Alf and his buds from Melmac...even his girl, Rhonda. The Alf cartoon was either based on these...or they made the illustrated cards based on the cartoon. 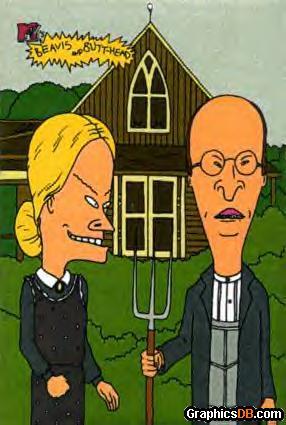 Beavis and Butthead cards: "I like stuff that doesn't suck." I was so obsessed with the cartoon when it was on the air that I later collected these cards heavy. My dad liked the show and i burned the Mike Judge collection for him...what that says about our relationship is for another article of retro memories. The cards had scenes from episodes, but even better had Beavis and Butthead is tons of different scenarios and get-ups, trust me i can't do it justice but try to find some of these cards, really funny if you loved the show like I did...and my dad did. 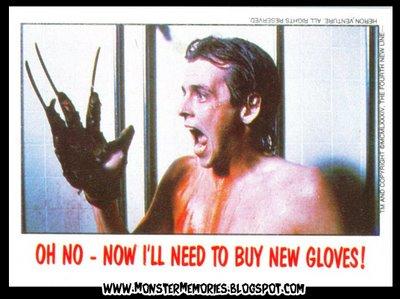 FrightFlicks cards: THE HORROR MOVIE CARDS. I mean, literally the coolest cards ever created, I doubt they'd be allowed to make and market to today's youth anything like this today. I remember being SO excited seeing all my favorite horror movies having cards with all different scenes on them. From the big ones like Nightmare on Elm St. and Friday the 13th to the smaller, more obscure flicks that most of you probably wouldn't know. Check these out today! 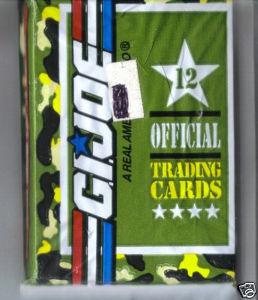 GI JOE cards: I still have a bunch of these, they were based on the 80s cartoon that we all know and I loved. Any child of the 80s should have had some of these. For me, it was like my obsession with TMNT and everything that went along with it, I couldn't get enough. 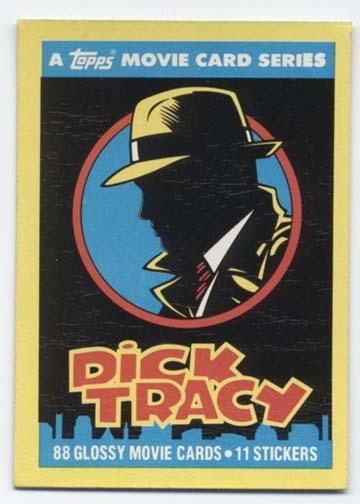 Dick Tracy cards: The movie was so colorful and cool and the cards were similar in that they really popped at you. The best cards were the ones that said Wanted: and was a picture of a villain and on the back would have a bio. Steve the Tramp was a kiddy toucher...what a bad person. The Blank's card didn't say much. 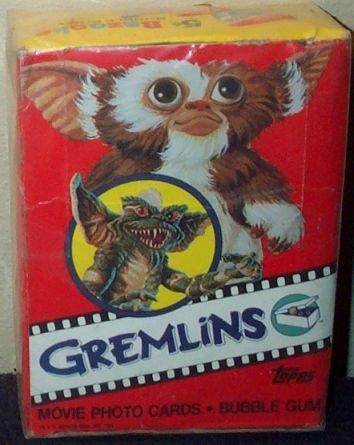 Gremlins cards: I think every movie or show that was popular from early 80s to mid 90s had cards but oh well, these were cool even though they weren't the most creative cards. I loved the movie but the cards were less than impressive. If you just liked looking at scenes from a movie you've already seen a million times, then they're for you! 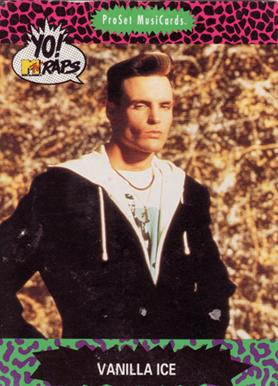 Yo! MTV Raps cards: Vanilla Ice, LL Cool J (or ladies love cool james), Snap, Naughty by Nature, Queen Latifah, all the rappers you loved and wanted to see in Non-Sports Trading card form! I mean, you listen to rap, so why would you want cards? Not sure but for nostalgia purposes they're...dope, yo! 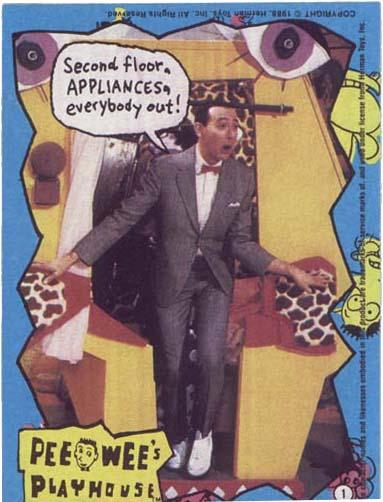 PeeWee cards: There's a chair that freakin talks, holy crap! Its wacky, in Peter's playhouse...oh wait, that's not it. Yeah, the penny cartoon shorts were the shit and the cards were as well. Remember the jazz band of like, little animals, I know there was a white cat...not sure what else. The globe was weird but yes, he had a card as well. I don't remember ever seeing a card for PeeWee's mirror shoe invention...what a great idea. 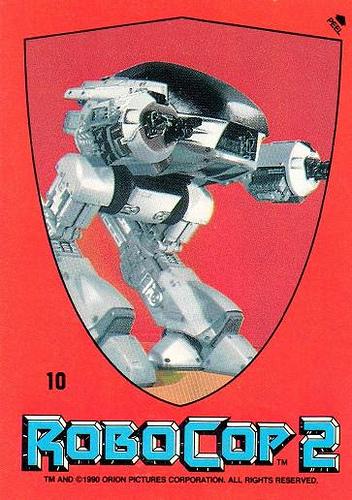 Robocop cards: My father took me to see the first one in the theater...why? It scarred me a little seeing the dude shot to death, then seeing a guy burst from being hit by a car after first being exposed to toxic waste. I mean, I'm from Jersey and i know all about toxic waste, I never seen anyone literally burst. The second Robocop flick had that young kid poppin off on Robocop with a really sweet gun and I wanted that gun and pretended to be him...thanks again dad, next article we'll discuss how he also influenced my life by constantly playing Bobby Brown in the car on Sundays when he'd pick me up for our weekend. 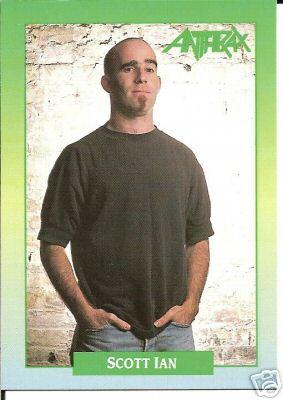 Rock cards: I mean...eh. Much like the YO! MTV Raps cards, for me no real rhyme or reason to it. Poison? Lame. However, i still have the Anthrax cards and Slayer cards. I LOVE Anthrax and Slayer, who doesn't? If you don't, you're lame! Also, in the spirit of Christmas, anyone see that video on YouTube, AMAZING one of a guy's lights going along to the music of Slayer's "Reign in Blood". I'm so jealous of that guy. 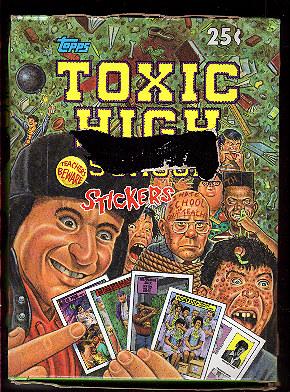 Toxic High cards: I was really into the Toxic Avenger movie and later that cartoon, "Toxic Crusaders". So I'm assuming that's why i collected these cards. They were funny, not awesome, but funny. Most people don't remember them, but those who do, that I've spoken to, pretty much have the same reaction. Another great Trauma movie that reminded me of these cards was "Class of Nuke 'Em High" and that movie was better than anything Toxie was ever in...these cards should have been more like that movie. 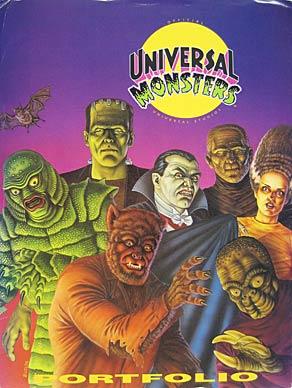 Universal Studios Monsters cards: Halloween was never the same after the old movies came out and Non-Sports Trading cards were never the same after these cards came out. Yeah, I still have my favorite cards. Want to know which ones? Ok, Wolfman, the Mummy, Creature from the Black Lagoon and Dracula. There was some weird zombie one but it looked like the Ghostbusters action figure, more like a goofy monster. I LOVED these cards and i had Halloween every day because of them. 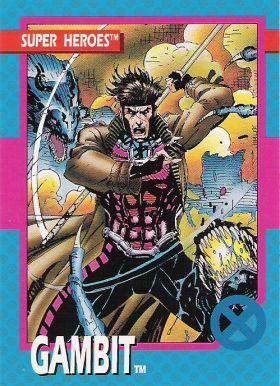 X-Men cards: The first part to this article i mention Marvel trading cards, but these are different. These came out later and had small X's in a circle all over the card. Obviously they were only X-Men related, but had all of the affiliates and villains from any version of the comics. They included X-Men, X-Force, X-Factor, Excalibur, and all of the smaller factions. These were cooler looking than the original Marvel cards but not as big of a universe to cover, but X-Men were the coolest comics Marvel had anyway. I remember staring at a Magneto hologram I got in a pack so hard that I saw a scooner. 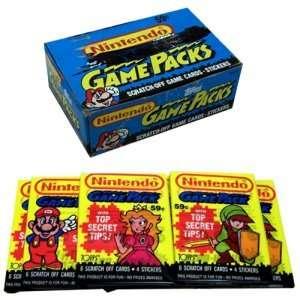 Nintendo cards: Just remember, these are the holy grail of Non-Sports Trading cards. I covered these already in the original article...so what.
26
Login To Vote!
More Articles From mikemonmouth