These films are regarded by myself as cult classics due to the subculture they spawned and the relevance they have today.

There are many missing on this list.......these are my favorite and most memorable. 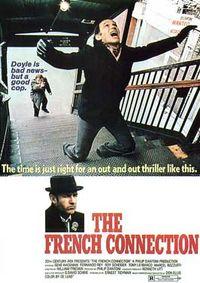 The French Connection is a 1971 crime film adapted from the non-fiction book by Robin Moore. It tells the story of two New York City policemen who are trying to intercept a heroin shipment coming in from France. It is based on the actual, infamous "French Connection" trafficking scheme. It stars Gene Hackman (as detective Jimmy "Popeye" Doyle), and Roy Scheider (as Jimmy's partner Buddy "Cloudy" Russo). It was the first R-rated movie to win several Academy Awards. 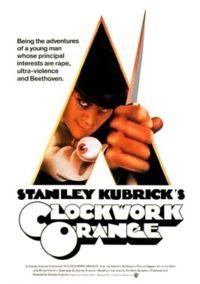 A Clockwork Orange is a 1971 satirical sci-fi film adaptation of a 1962 novel by Anthony Burgess. The adaptation was produced, co-written, and directed by the late Stanley Kubrick. A myriad of words come to mind when trying to describe Malcolm McDowell's portrayl as Alex DeLarge.

A Clockwork Orange works as social commentary showing gang violence, disturbing imagery and a society lacking any true order. The music in the movie consists of classical symphony's which contradict the vicious and sometimes horrifying cinematography. Beautiful chaos indeed! 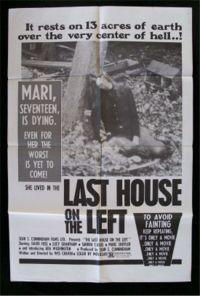 Wes Craven's most talked about film before "A Nightmare on Elm Street", was surely this movie. Not to give anything away in the plot......but it features two girls being tortured and it can be too real for some viewers to stomach. If you have not seen the movie, make sure to rent it to see how forward thinking and ahead of his time Craven was with this film. Oh yeah, not a rental for children, wives or girlfriends. Intense stuff! 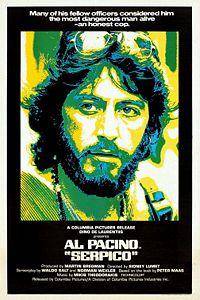 Serpico is a 1973 American crime film directed by Sidney Lumet, starring Al Pacino. It is based on the true story of a New York City policeman Frank Serpico. Serpico eventually goes undercover to expose the corruption of his NY coleagues, after being threatened and intimidated they revolted against him.

The movie begins with him in a car suffering from a gunshot wound and proceeds to tell his story from the begining of his career up until the movies start. Serpico was seen as a do-gooder by his fellow officers and as such could not be trusted. In actuality he was guilty of doing his job too well. A great film! 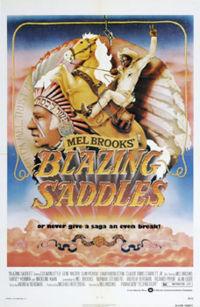 Blazing Saddles is a satiric Western comedy directed by the great Mel Brooks. Starring Cleavon Little and Gene Wilder it is considered one of the greatest American comedies of all time. Some of the language was racist for it's time but besides that it was a very smart enjoyable film. The campfire scene always makes my dad laugh uncontrolably. If you have not seen this movie, then you don't know what you are missing. It is still funny and relevant 30 years later. 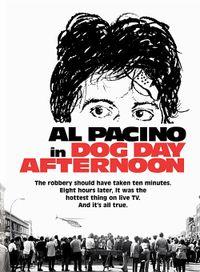 Dog Day Afternoon is a 1975 film directed by Sidney Lumet and written by Frank Pierson. Fresh off the set of "The Godfather II" it stars Al Pacino and John Cazale. Based on the events of a robbery that took place on August 22, 1972, the film tells the story of Sonny Wortzik, who, with his partner Salvatore Naturile, holds hostage the employees of a Brooklyn bank in order for Sonny to get money for his lovers sex-change operation.

What?
Yes, Al Pacino played a gay bank robber in the 70's film, who wanted to get money (non agressively I might add) for his boyfriends sex-change operation. Wow! Talk about cutting edge material back then! 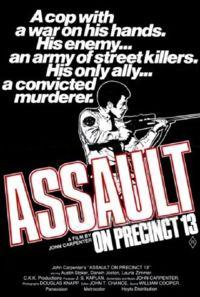 Before "Halloween" and Michael Myers there was this film by John Carpenter.

Assault on Precinct 13 is a 1976 American action/thriller movie. The film tells of the fictional attack on a police precinct by the "Street Thunder Gang" out for retribution for the deaths of their friends. The film was not received well in the United States. However, it went on to receive tremendous critical and popular acclaim in the UK and Europe. It was remade in 2005 starring Ethan Hawke and Laurence Fishburne. 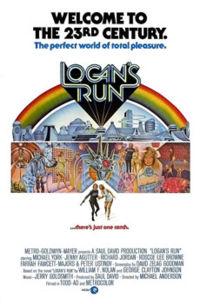 Logan's Run is a 1976 science fiction film based on the novel of by William F. Nolan and George Clayton Johnson.

It depicts a dystopian future society in which population and the consumption of resources is controlled by killing everyone who reaches the age of 30, thus eliminating overpopulation. The story follows the actions of "Logan 5" as he "runs" from society's lethal demand. The films main premise of everyone must die at 30 was the most consistent idea from the book used for the film. 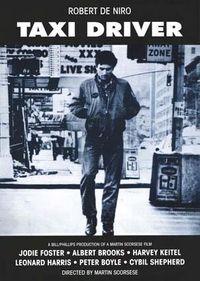 The film is widely considered a masterpiece.

Taxi Driver is a 1976 film directed by Martin Scorsese and written by Paul Schrader. The movie is set in early post Vietnam era New York City and stars Robert De Niro as Travis Bickle, a lonely unstable veteran taxi driver. Also featuring Cybil Shepard as his love interest, Jodie Foster as the 12-year-old prostitute he bonds with, and Harvey Keitel as her pimp. Such a good film with so many great scenes. 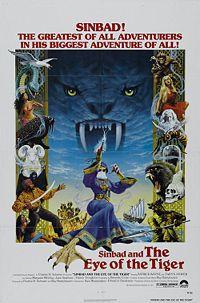 Sinbad and the Eye of the Tiger is a 1977 fantasy film, the final installment of Ray Harryhausen's "Sinbad trilogy" (the others being The 7th Voyage of Sinbad and The Golden Voyage of Sinbad). The movie was directed by Sam Wanamaker and cost millions of dollars to develop, making it the costliest of the Sinbad series. Harryhausen's stop-motion animation is famous from "Jason and the Argonauts" to "Clash of the Titans". A true cult fantasy film with awesome visual effects. 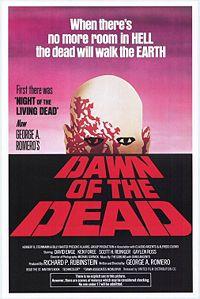 George Romero's "Dawn of the Dead" or "Zombie" internationally, is a great cult horror movie classic. Made on a modest budget and shot over a short span of time, it truely encompasses all that the viewer hopes to see. Blood, guts, violence, some humor and a concise story. The remake is not too terrible, but I still love the makeup and special effects from the 70's......much more gritty and unkempt. 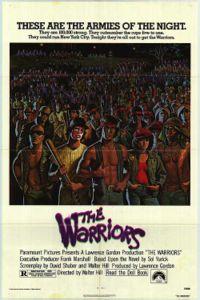 The Warriors is a 1979 cult classic action/thriller film directed by Walter Hill and based on the 1965 novel by Sol Yurick. Similar to the novel, the film borrows certain elements from Greek history.

The basic story is "The Warriors" are a gang that represent an area of New York (like the other gangs), who get called to a meeting with all the other factions to discuss a truce. They get blamed for a rival gang members murder and get pursued by all the other gangs throughout the film. A simple fun thrill ride of a movie. Some of the gangs have themes and silly motifs, like.......The Gramercy Riffs (african american/ethnic), The Lizzies (all female), The Rogues (bikers), The Baseball Furies (baseball gang)......etc! 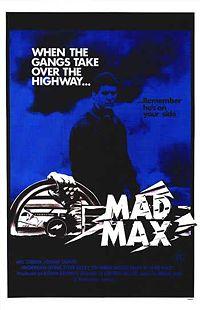 Mad Max is a 1979 Australian apocalyptic action thriller film directed by George Miller. The film, starring the then-little-known Mel Gibson, proved to become a cult classic. This low-budget film's story of social breakdown, murder, and vengeance became the top-grossing Australian film, and has been credited for opening up the global market to Australian films.

The premise of the story is that in the near future Max Rockatansky is a pursuit police officer who kills a member of a biker gang which then leads to their wanting revenge. Without giving away the plot the bikers get their revenge, thus Max goes crazy and hunts them down til the very end. The movie got mixed reviews in the United States.......check it out, and form your own opinion.


Thanks for the read. This was Volume I of V.

26
Quote O' Matic
Andy Dufresne: "You know what the Mexicans say about the Pacific?"
Red: "No."
Andy: "They say it has no memory. That's where I want to live the rest of my life. A warm place with no memory."
The Shawshank Redemption