Summer is ending and Fall is fast approaching so I thought it appropriate to list some horror/thriller movies that might have been overlooked or forgotten in your life.

If you have not seen these movies then check them out or discover your own, because a lot of good films get left on the rental shelf collecting dust.

Now not all of these are that underrated......especially if you're a horror fan......but to the others, there might be a few titles worth investigating or rediscovering. 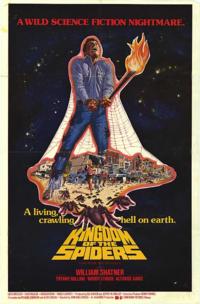 Most of the scenes show ridiculous amounts of tarantulas causing mayhem and destruction. The acting really takes a back seat to the cinematography........several scenes showing big hairy spiders killing people and animals.

Without this movie, I doubt "Arachnophobia" would have been made. 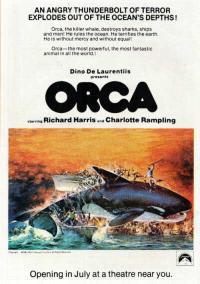 Riding the hype from "Jaws" and other nature type movies, "Orca" plays on the fear of a real killer whale attacking everyday people. I mean, we all want to swim in freezing cold water........correct??

It's hard to make an impact and scare people because the whale is delegated to arctic temperatures, so as long as you avoid that, you would survive.

Where as "Jaws" could be on any beach.

So unless "Shamu" jumps the tank and devours the front row at "Sea World", most people won't be scared by this movie.

Having said that.........it's still pretty good. A revenge seeking whale on a mission for human fishin'! 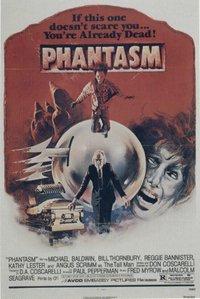 This movie has a good story and features a demonic mortician, zombie dwarves, and a flying death sphere.

The "Tall Man" is quite freaky as a supernatural and sadistic undertaker who turns the deceased into dwarf zombies to do whatever he desires. The "Tall Man's" weapons are little flying silver balls of death that contain a pair of spiked blades and a drill that impales the victim's skull.

WTF!? He must walk the shopping malls in the morning to build up that calf strength! Hahahaha!

A low budget classic with several bloody scenes makes this a great watch! 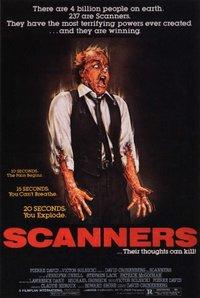 The story is a futuristic thriller about "Scanners"; people with telepathic and telekinetic abilities. David Cronenberg wrote and directed the film.

Not your typical horror film, this movie incorporated elements of science fiction and action. A plethora of parodies and references in pop culture have spawned from this movie. Especially the "exploding head scene" and scanner duels.

A worthy film that deserves a watch if you have not seen it. 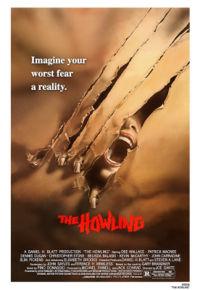 Before "Teen Wolf" and "Underworld" but around the same time as "An American Werewolf in London" was this movie.

Not really.......but they do get down in this film and a whole bunch in part II. Silver bullets, a colony of werewolves and decent special effects help this movie not seem like a 90 minute mistake. Several sequels exist.....anything past part II may be pushing your quality limits. The transformation scene is long but not quite as good as "An American Werewolf in London". 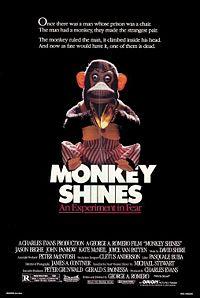 This is a love story between a man and a monkey.

"Monkey Shines" is one of those rare movies like "Cat's Eye" that is hardly seen on TV or viewed by the movie rental crowd. This was a George Romero film that had a different approach to the thriller/horror genre.

Based on a novel, the main idea of the movie is that an athlete named "Alan" suffers paralysis and is bound to a wheelchair. With help from his scientist friend he gains the assistance of "Ellen", an experimental helper monkey.

Basically the monkey does bad things (like kill people), thought to be manifested via telepathically from "Allans" latent emotional rage. A one of a kind film that I will never forget.

I wish I had a monkey to help edit my articles. 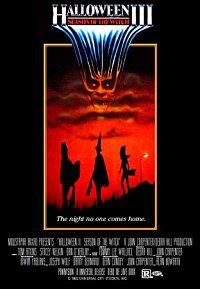 This film is not a slasher film cannon to the Myers timeline. It is however a underrated horror film that deserves its own credit.

Flame me all you want, it is an original story that just happens to share the same name as a slasher film.

Adopting the story of killer masks, silver shamrocks and irish witchcraft type elements.........it stands on it own as a film worth checking out. 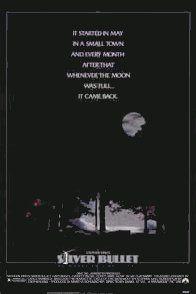 Yes, based on the Stephen King novel, this movie (set in Maine) is about a werewolf. Starring Gary Busey, who plays drunk "Uncle Red", which isn't really a stretch.......gives his best performance ever, until "Point Break" in 1991.

I'm not spoiling this film.....but I can assure you that Haim and Busey probably did drugs while making this movie. My proof?

Have you seen "The Two Coreys"? 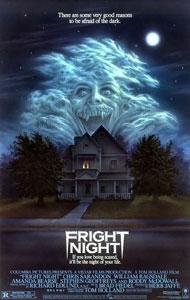 THIS FILM KICKS ASS, AND IF YOU HAVE NOT SEEN THIS MOVIE, YOU ARE DOING YOURSELF A GREAT INJUSTICE!

SPEAKING IN CAPS MEANS IT IS EITHER IMPORTANT OR I AM YELLING!

MAYBE BOTH? I DON'T KNOW?

UNLESS HE IS AN OUTSIDE DOG.........THEN HE WILL JUST QUIETLY MOCK YOU AND LICK HIMSELF!

SERIOUSLY, THIS IS A CLASSIC 80'S VAMPIRE FILM. YOU WILL LOVE IT! 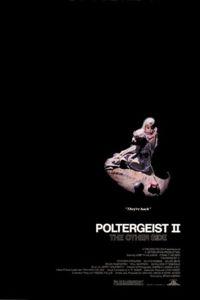 Now, I am partial to this movie because of the creepy nightmares Kane used to give me and the "tequila worm" scene.

This is a sequel to the suprisingly effective PG original that really jump started the supernatural genre for me.

The psychic and an Indian shaman, helps the family ward off spirits, a cult leader and other supernatural shit. They want Carol Anne once again for some reason.........maybe she knows the winning lottery numbers??? 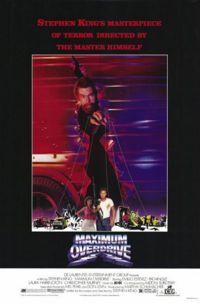 Based on a Stephen King novel, this is a great kinda funny horror movie.

Radiation from a comet somehow infects all electronic and mechanical things and turns them evil or genocidal. Trucks, machines, arcade units etc......

This is true 80's camp that I think embraces its cheesiness. Any film where people get killed by a rogue soda machine hurkling cans at deadly speeds or a kid gets run over by a steamroller in the daytime........is a movie worthing seeing.

One of the big rig mack trucks had a creepy "Green Goblin" face on the grill kinda like from "Spiderman". 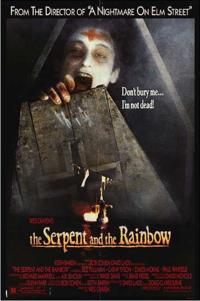 This Wes Craven movie is based on a book about voodoo, experimental drugs and being buried alive in Haiti.

Bill Pullman stars in this film and is famously poisoned and buried alive all the while screaming, "Im not Dead!"

The drugs induce a coma like effect (like an anesthetic) and is the reason why the character is there in the first place......to find out what it is, because he is repping a pharmaceutical corporation who want to mass produce it.

A strange film but creepy nonetheless. 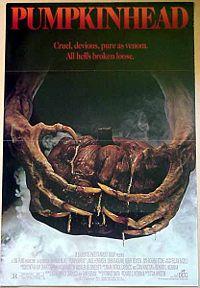 "Deep in the Appalachian Mountains they say that an act of evil shall never go unpunished."

A revenge seeking father summons a demonic monster named "Pumpkinhead" to kill the people responsible for his sons death.

When he sees visions of the teenagers being killed by it he feels guilty and wants to stop the mayhem.

The witch that helps the father is very scary........she reminds me of the lunch lady in intermediate school.

Several sequels exist but the original is still the best. 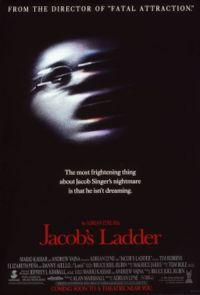 To be honest......describing this movie is hard without ruining the twist ending or the effect of the plot.

All you need to know is that Tim Robbins plays a Vietnam veteran who experiences hallucinations of demons and monsters. 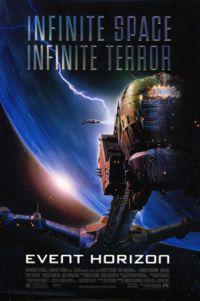 Some people could describe this as "Hellraiser" in space. It has similar bloody scenes but the story rides the line of science fiction and horror quite well.

There are some very shocking scenes of gore and graphic imagery. If you have seen this, you know what I mean.

The basic plot is a spaceship is possessed and the crew suffers horrific hallcinations and intense situations.

Other than "The Exorcist", I never got creeped out on horror movies....but this one messed with me pretty good. Anything that is that cerebral always makes me feel that it could happen or is possible in some way.


Thanks for the read. This was Volume IV of V.