These films are regarded by myself as cult classics due to the subculture they spawned and the relevance they have today. There are many missing on this list.......these are my favorite and most memorable. 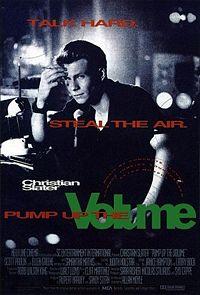 Starring Christian Slater and Samantha Mathis, this comedy/drama took place in a Arizona high school and centered around adolescent distrust of adults, a pirate radio station fueled by confused teen angst and the isolation of feeling misunderstood. This film also had a diverse and eclectic soundtrack.

Similar to "Heathers" and "Gleaming the Cube", it is one of a dozen movies featuring Slater as a teen just trying to find his place in the world. At night, as "Happy Harry Hard-on", a radio personality, his character "Mark" can really let loose and break the mold of the quiet studious teen he is during the day.

Almost 20 years later this movie still delivers the honest "in your face" validity it was seeking when it first came to theaters. 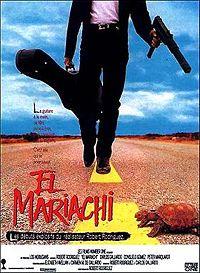 This Robert Rodriguez movie is the first entry (in addition to "Desperado" and "Once Upon a Time in Mexico") to the "Mexico Trilogy". A guitar carrying, mistaken identity, revenge seeking, mexican language, classic!

Shot with a budget around $10,000.00, Robert Rodriguez used every angle and short cut to make the movie what it is today. A true cinematic masterpiece that transcends cultures and does not waver from the directors original vision. 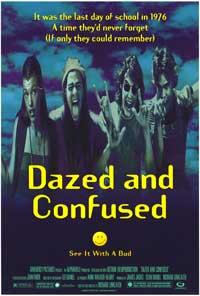 A star-studded cast fills this movie with drug innuendo, catch phrases, memorable scenes and a lifetime of 70's nostalgia.

The movie starts with the last day of class in a Texas high school in 1976. The story really takes off with the end of school, then ventures through the afternoon, ultimately to the early morning of the next day. The meat of the story features the insight, details and perspectives of the new upcoming "seniors" and "freshman". One of my favorite movies! 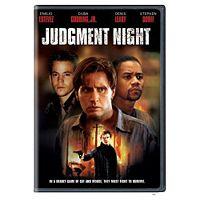 One wrong turn and a witnessed murder takes a group of friends on a "cat and mouse" journey through the night slums of Chicago. Starring Jeremy Piven, Cuba Gooding Jr., Emilio Estevez and Stephen Dorff.

A great thriller with an awesome cast featuring Denis Leary as "Fallon" the drug dealing murderous criminal. A truely underrated film with a very popular soundtrack. Lots of intensity, sarcasm, and action make this flick a great rental. 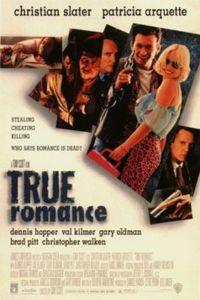 Wow! This movie has the some of the most high calibar and award winning actors of our time!

This was Tarantino's first screenplay and it is a excellent first attempt.

This films dialogue is fresh, colorful and very engaging. Every character is awesome and Tarantino never gets the respect for this film which he deserves. The "Sicilian" coversation between Hopper and Walken is one of Quentin's most famous scenes in a movie. 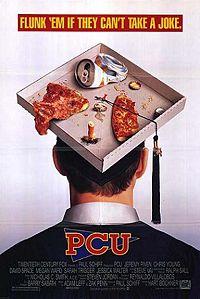 Before a slew of TV shows, bigger budget movies and Hollywood stardom, Jeremy Piven joined the cast of this cult comedy about college life at the fictional Port Chester University.

Piven made this movie, with his charisma, jokes, manerisms and attitude. One of his best films by far. John Favreau, Jessica Walter, David Spade and George Clinton are some other actors in the movie. Incoming Freshmen, fraternities, diverse groups, partying and political correctness are the basic details of the movie. A simple and funny film worth watching! 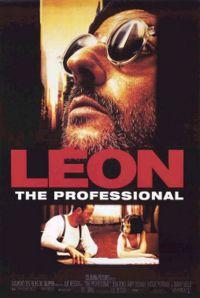 The basic story goes......parents killed, befriends hitman, hitman protects girl, hitman becomes fond of girl, explosions, violence, deaths. I know it is not that cut and dry but for those who have not seen it I don't want to ruin the opportunity.

This is one of my favorite action movies and when it rarely comes on TV I immediately cease doing whatever I was and become engaged in the story. 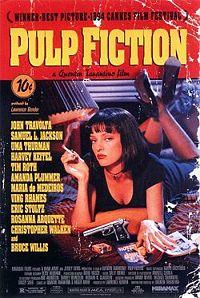 "Pretty please, with sugar on top....clean the fucking car!"

This movie is one of the most popular cult movies that just happened to crossover to mainstream and win shitloads of awards.

Everyone knows the characters, stories, script, lines and scenes. Tarantino has many great films......this just happens to be one of the best! The awesome soundtrack really sets the tone for the movie. 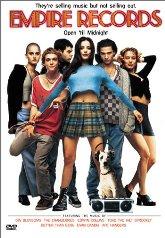 "Damn the man! Save the Empire!"

A box office failure and a cult rental classic about employees at a small time record store. This movie has what makes films cult. A likable and recognizable cast, diverse characters, witty dialogue, a small budget, and an easy story to follow that is not contrived.

Most every actor in this movie has made better films and tv shows since this came out but you can't say this movie did not have a generation of teens pegged. Hell, I know people who memorized this movie line for line and spit it out on a daily basis in everyday conversation. Lame, sometimes..........but that just proves the impact it had. 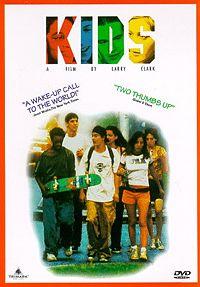 Talk about real. The characters in this movie are like the ones who went to my school (minus the AIDS). However, the drug use, sex, and lack of conscience was very relatable to me after first viewing.

The film features Chloe Sevigny, Leo Fitzpatrick, Justin Pierce and Rosario Dawson on a day in the life of a group of teenagers in New York City and their wild behavior.

Garnering a NC-17 rating at first, "Kids" pioneered the type of film that was gritty, real and unrestrained for the 90's. 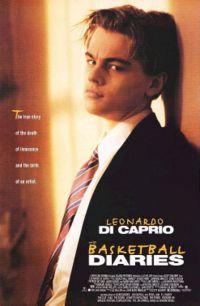 Based on the book of the same name, the film does a fairly good job of protraying the characters, drug addiction and misadventures.

Leonardo DiCaprio, Mark Wahlberg and Lorraine Bracco star in the film set in New York about a basketball playing teen who falls into drug use and the pitfalls of addiction.

A good wake up call if you ever wanted to try heroin.....this movie paints an unpleasant picture in my opinion. 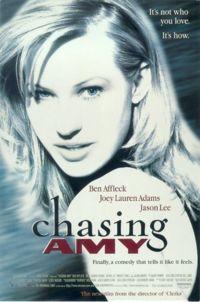 After "Clerks" and "Mallrats", but before "Dogma" and "Jay and Silent Bob Strike Back", "Chasing Amy" was made.

An awesome cast of characters, funny scenes, and a witty dialogue driven story (which is Kevin Smiths' forte) really makes this movie a classic. I like this as much as his other films but this is the first film I actually felt was a real complete movie with a story not just some comedic ensemble. Not to disenfranchise his other works but this film did it for me.

"Hooper X" and "Banky's" scenes are the best in the movie. Especialy when debating whether "Archie" comics were homosexual. 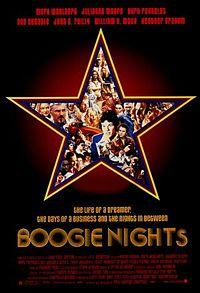 Even though it got awards, nominations, and mainstream success.......it still has a cult like following. What isn't to like about "Brock Landers" and "Chest Rockwell?" 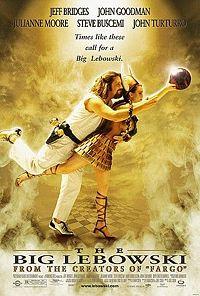 "Nobody fucks with the Jesus!"

Another Coen brothers film, this movie has the laughs, story and characters to watch multiple times over. "The Dude" played by Jeff Bridges is a white-russian drinking, pot smokin, surfer esque bowler who gets caught up in a series of unfortunate events.

He must deliver millions in ransom money and recover a trophy wife after being percieved, wrongly i might add, as a millionaire with the same "Lebowski" last name.

Steve Buschemi, Julianne Moore, Phillip Seymour Hoffman, John Goodman, John Turturro and a host of others are in this masterpiece. Good stuff. 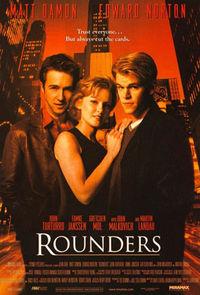 By now Texas hold'em poker is not a new thing. Back when this film came out, the only people playing that style were "in the know" serious card players. The outside world was mostly oblivious to the game and "Rounders" ushered in some new interest.

"Mike" and his cheating card shark buddy "Worm" try to pay off debts and stay alive in the fast paced high stakes world of poker. 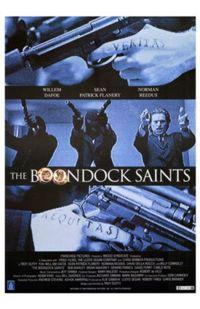 The basic story is two Irish brothers become hitmen and start taking out the mob and other crime figures......like vigilante superheroes. While cleaning up the streets a interesting character is revealed and leads the brothers in a new direction.

Thanks for the read. This was Volume III of V.

29
Quote O' Matic
Brenda: "He's so out of it! He can't sommersault, he just sits there, tilted! -Brenda"
Added By: System
The Velveteen Rabbit
Related Articles