Fond memories for children of the 90's.
By dalmatianlover
On
I just can't bring myself down to disliking the Walt Disney Company. They've made some of the best animated movies of all time. Looking at what they're focusing on right now like Hannah Montana, High School Musical, the Jonas Brothers, and all that stuff, you would probably think that Disney had some magical moments that they forgot all about. Believe it or not, there was a time when Disney was actually really strong in the world of television. So what do you think this article is going to be about? Well, since I've done an article on Nickelodeon's Nicktoons and one on Cartoon Network's Cartoon Cartoons, I might as well make this a trilogy and do one for the Disney Afternoon. 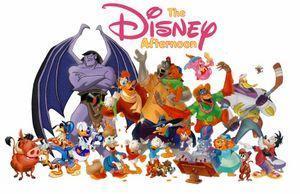 Let me take you back to the year, 1990. Disney had just launched a syndicated weekday afternoon block called The Disney Afternoon. It was pretty much a 2-hour block consisting of animated TV series' produced by Disney. When it was first launched, where I lived it ran weekdays from 3PM to 5PM on a station called KCAL 9. Now, keep in mind, this is how it all went from where I lived, so for a lot of you, it might have been on a different station or at a different time. 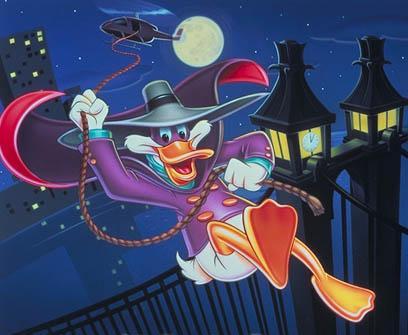 Every season of the Disney Afternoon had a slight change made to it. Normally, one old show would be dropped from the lineup in favor of a new show. For the second season, "Gummi Bears" was removed from the lineup and moved to the Disney Channel. "Duck Tales", "Chip n Dale" and "Tale Spin" all moved up a half hour earlier in the lineup, and placed in the 4:30 slot was "Darkwing Duck". "Darkwing Duck" was also being shown Saturday mornings on ABC during this season. 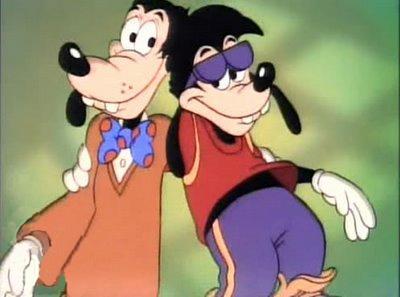 For the third season, "Duck Tales" was removed from the lineup and began playing weekday mornings on the same network for a couple years (this was in my area). The other three shows moved up a half hour earlier in the lineup in favor of "Goof Troop" to be placed in the 4:30 slot, which also played Saturday mornings on ABC. Most Disney Afternoon fans claim "Goof Troop" to be the last Disney Afternoon show to be considered memorable. There were some other good shows that came later, but excluding those, the next season was really where the block started going downhill. 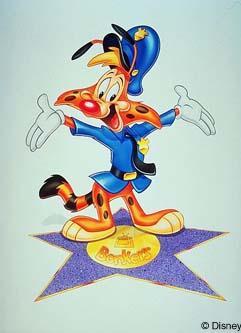 "Chip n Dale Rescue Rangers" was removed from the lineup for the fourth season, and was never heard from again for another two years. The other three shows moved up a half hour earlier in the block, and put in the 4:30 time slot was "Bonkers", a show that sadly didn't hold the same heart or entertainment value as any of the previous Disney Afternoon shows. "Bonkers" was based on a segment from "Raw Toonage", a short-lived Saturday morning cartoon from Disney that aired on CBS in the early 90's.
1994:

The fifth season is where the Disney Afternoon started making some drastic changes. The block was given a new intro, and it's name was shortened to just TDA. For this lineup, "Tale Spin" was dropped from the lineup, and the other shows, as usual, moved up a half hour earlier in favor of a new show; this time, it was "Aladdin". Other new shows were added to this block as well. "Bonkers" was demoted to only be shown on Tuesdays, Wednesdays and Thursdays. So what went in the 4:00 slot on the other days? Well, on Mondays, they would show "Shnookums and Meat", which was probably Disney's least memorable series of all time, and on Fridays, they would show the dark and epic show known as "Gargoyles". "Aladdin" would also air Saturday mornings on CBS, and "Gargoyles" would later start airing Saturday mornings on ABC for "The Goliath Chronicles". 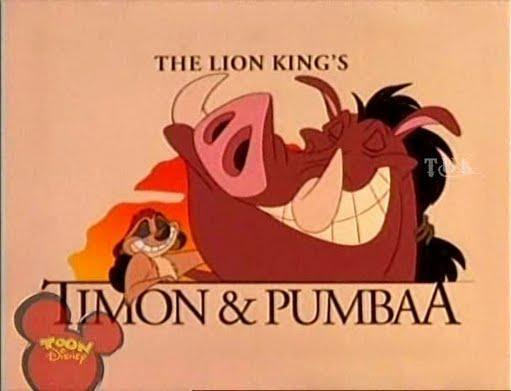 The sixth season had more drastic changes than the fifth. Now, the Disney Afternoon's slot changed. For this season, instead of airing at the usual 3-5 slot, it was now 4-6. This season opened with "Goof Troop" at 4:00. "Bonkers" played at 4:30 and was brought back up to five days a week. "Aladdin" played at 5:00. At 5:30, "Gargoyles" played Monday through Thursday, and on Fridays, they played "Timon & Pumbaa", which also aired Saturday mornings on CBS. Also during this time, the Disney Channel had a weekday block called "Block Party", which played weekdays in the early evening and showed "Darkwing Duck", "Tale Spin", "Duck Tales" and "Chip n Dale Rescue Rangers".

For the seventh season, the Disney Afternoon pretty much completely dropped their tradition and started making major changes every year from now on. Now, the block played from 3:30 to 5:30 (an unusual time). In this season, "Darkwing Duck" was brought back and played in the 3:30 time slot. "Gargoyles" aired in the 4:00 time slot, and "Aladdin" aired in the 4:30 time slot. For the 5:00 time slot, "Timon and Pumbaa" played on Mondays, "Quack Pack" played on Tuesdays, Wednesdays and Thursdays, and "The Mighty Ducks" played on Fridays. The latter two were the new shows at the time. "The Mighty Ducks" was also shown Saturday mornings on ABC. Man, Disney sure does have a thing with ducks, don't they?

For the eighth season, Disney decided to drop the "Disney Afternoon" name from the block, and just have the shows air as regular shows. This time, the block was reduced to a 90-minute block rather than a 2-hour block, and it ran from 4:00 to 5:30. This was probably the block's only lineup from after 1993 that was actually worth watching. For this season, "Duck Tales" was brought back and placed in the 4:00 time slot. In the 4:30 slot, "The Mighty Ducks" played on Mondays and Tuesdays while "Quack Pack" played on Wednesdays, Thursdays and Fridays. At 5:00, they played a new show known as "101 Dalmatians". Yeah, yeah, I know you're sick of hearing me talk about that show, but I had to mention it because it was indeed one of the Disney Afternoon shows. "101 Dalmatians" also played Saturday mornings on ABC.

When the fall of 1998 came, I was surprised to find out that the Disney Afternoon was no longer airing. According to Wikipedia, there was a ninth season, but if there was, then I just didn't know when it aired (or if it even existed). Even if I did know, it probably wouldn't have been worth it to watch it anyway. The lineup for the final season was just "101 Dalmatians", "Disney's Doug" and "Hercules". All of the aformentioned shows were being shown Saturday mornings on ABC anyway, so there really wasn't much of a point.

The Disney Afternoon officially discontinued during the first half of 1999. I guess Disney decided that they didn't really need it anymore now that they had Toon Disney. If only they would have known that Toon Disney would go downhill 5 years later and die 5 years after that. Well, for all of you who miss all these great shows, you can have some bit of comfort knowing that half of them are out on DVD, but we can only hope that in time, we'll get the other half.
37
Login To Vote!
More Articles From dalmatianlover

17
ZeldaFan20
The Underrated Gem That Was Toon Disney
A Retrospective of one of the most family oriented networks in TV History
-16
Retro4Everybody
The Waste Of Our Childhood.
The Fall Of Children's TV 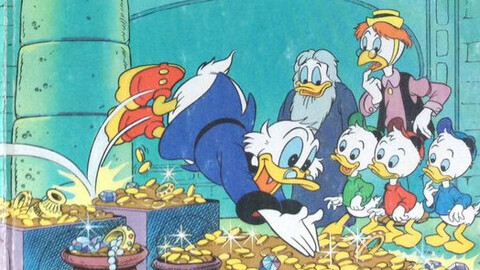 Disney Afternoon Bumper and 7up Commercial